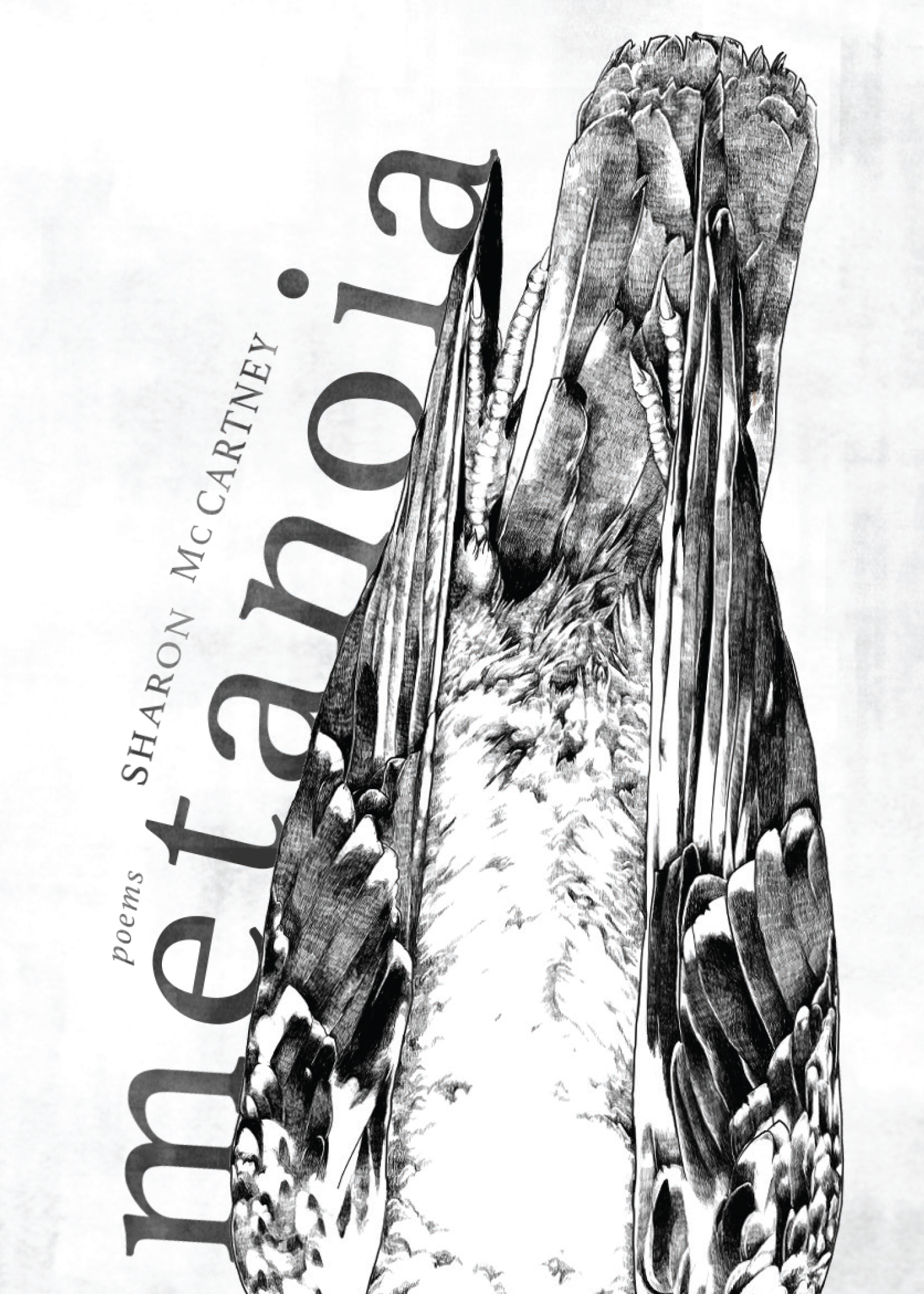 Metanoia  -  "change in one's way of life resulting from penitence or spiritual conversion."

Metanoia is a book length poem where Sharon McCartney lets all of her ya-yas out.  These meditations are robust and fearless and not without humour.

Metanoia is a consciously streamed commentary on what the heart wants and what it is willing to settle for.  Love in uncompromising but loneliness is a compromise waiting to happen.

The banker snored outrageously and twitched in his sleep.
I could not sleep beside him.
This became an issue.
That last night, I snuck off to the spare bedroom,
hoping for an hour or two.

At 5 A.M., I heard him downstairs, loading
his vehicle, the door slamming, his shoes,
angry. He tromped upstairs, perched on the edge
of the bed in the dark, saying, darkly,
"I didn't want to leave without saying goodbye."

No, I thought, you didn't want to leave without hurting me.

McCartney's confessions can sound braggart cold but she is always on the precise pulse of where the skin tears.

Fearing too much Tennessee Ernie Ford in her future, the speaker in Metanoia finds any advice from her parent past antithetical, she wants to break free of all expectations and attempts to, only to crash and break again and again on the sharp shores of her own preconceptions of love, lust, desire and hope.

I strung the fat man along;
I thought I was sparing him.

A lie. I was sparing myself.

Because I waited too long to speak,
I became revulsed.

The last time we had sex, I said to myself,
"This is the last time."
I did not say that to him.

McCartney sounds/feels so true that you feel terrible empathy for her unwanted lovers as well as her own unsatisfied angst rattling around in her big dreamy head.  At the same time the poems excite the reader with their candor because whenever McCartney rattles her own cage lust hits a target.

What I felt so many years ago in the grade 9 English classroom,
how I lost my sense of membrane, of containment, my self
leaching into the Bermuda lawn beyond the sliding glass door,
into the eucalyptus, the succulents, the birds of paradise

Our morning read was taken over by an enthusiastic Kathryn, our Jr. Editor.  She insisted that Metanoia needed a woman's voice and she was the one to provide it - she was right.  Kathryn read the heart right out of these poems and into the room.

Sharon McCartney has shared an emotional pilgrimage with carnal candor and a hopeful heart.  Today's book of poetry is always going to have all sorts of time for anything this dynamic and emotionally honest.  That's how revelations happen. 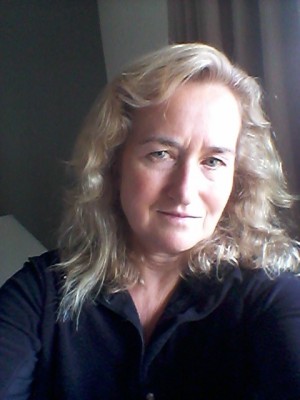 ABOUT THE AUTHOR
Sharon McCartney is the author of Hard Ass (2013, Palimpsest Press), For and Against (2010, Goose Lane Editions), The Love Song of Laura Ingalls Wilder  (2007, Nightwood Editions), Karenin Sings the Blues (2003, Goose Lane Editions), and Under the Abdominal Wall (1999, Anvil Press). Her poems have been included in the 2012 and 2013 editions of The Best Canadian Poetry in English. In 2008, she received the Acorn/Plantos People’s Prize for poetry. She lives in Fredericton, New Brunswick, where she works as a legal editor.

BLURBS
“So much is revealed in so few words … It’s a book that feels light, but its delivery is heavy, and worthy of contemplation … McCartney is merciless in exposing vulnerability, but also builds an intimacy integral to Metanoia‘s achievement.”
—Quill & Quire

“Sharon McCartney is something else, a poet with a personal vision who, in work after work, digs deeper into the exposed tissue of her own soul.”
—Numéro Cinq

“McCartney’s poetic voice is direct, confessional, and, at times, philosophical, examining the nuances of family dynamics, romance, friendship, and illness. These lyric narratives are structured in single-stanza bursts of emotion and infused with plenty of raw vulnerability … These poems explore a romance with directness and emotional punch.”
—Jennifer LoveGrove, Quill and Quire

“No unnecessary word, no dull word, no stock imagery, every new insight or description at once astonishing and just, everything at once new and yet polished, diamond hard. Her language is brilliant, sensuous, startling, sometimes relaxed and cajoling, sometimes savage.”
—M. Travis Lane, The Antigonish Review

“You don’t read these poems, you feel them: Hammer in the head, shod foot on the throat, stiletto in the heart. It’s those combos of wild, piercing insights (or unusual but poignant images); yep, that’s what makes it good for you–or kills you, laughing.”
—George Elliott Clarke

“Darkly obsessive, For and Against documents the rolling flux of life–the raw wounds of relationships in moments that are, in turn, anguished, edgy, droll, and affectionate. McCartney’s poems are an extreme sport–one well worth playing.”
—Jeanette Lynes, author of The New Blue Distance

“McCartney has shown a delightful felicity in previous books with stapling phrases into the memory. For and Againstexpands this strength with different material, and it’s a testament to her talent that rawness isn’t diminished by an attention to fluency.”
—Brian Palmu


“With her unflinching eye and masterful yet never flamboyant command of language, McCartney consistently distinguishes herself from her literary contemporaries.”
—The Oxonian Review