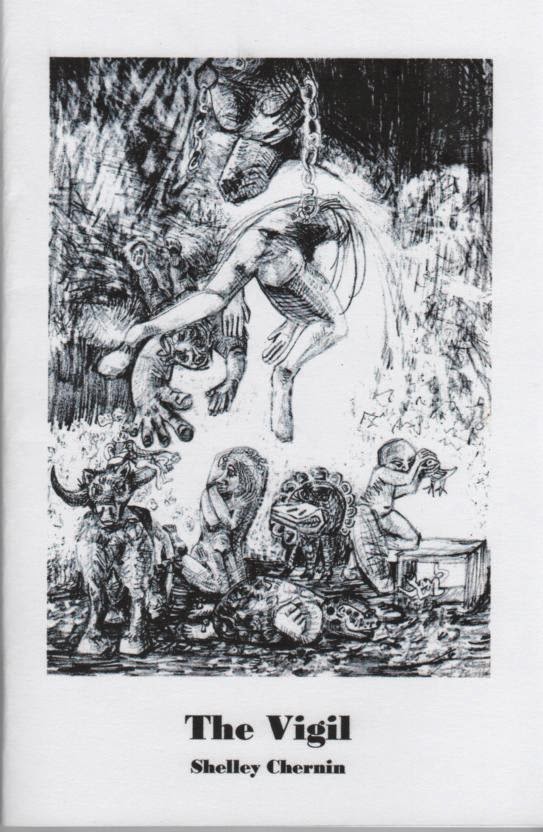 The Vigil by Shelley Chernin is an enthralling and all too brief little chapbook.

Lord Buddha attains enlightenment near a mining school in India, the Sago Baptist Church is founded and men the world over flounder away in the dark, dark misery of a life below ground in Shelley Chernin's universe.

made from sago, pith of cycas revoluta, pearls of flour
leached of natural toxins. The recipe is simple:
Soak the sago overnight, melt ghee, brown chiles

and cumin seeds and maybe potatoes too, add soaked sago,
cook until crisp. Garnish with coconut and cilantro.
Do not cover the pan or the sago conglomerates

into one lump. Sago thickens like tapioca and plots.
Despite popular myths, white sago is no purer
than the light cream variety. Rutajit feels full.

Chernin uses a voice that is at one time documentarian, historian and myth-making story-teller.
These poems are a connected narrative with a distant, dark underbelly.

Chernin's voice is very exact, precise.  We here at Today's book of poetry very much like the way Chernin talks.

The Vigil is a quick study that reads like a much more grandiose project.  Today's book of poetry would pay good money to see/read the entire broadcast.

In some ways The Vigil feels like a tease because Chernin promises so much in each of these short poems.

Rutajit's name means "Conqueror of Truth." Hindus permit
debate on the existence of God. His parents congratulate
their future mine safety expert. A "mining accident"

is any accident that happens in a mine. If five or more
people die, the accident is called a "mining disaster."
Rutajit loves science and his girlfriend, not words. His heart

pounds, but he does not pray the first time
his class enters Bagdigi Mine, Twenty-nine men died
in a flood there in 2001, he learns. Inside the mine are signs

of concern: Coal dust hai kahtray ki naani, is mein chheeto
hardam paani. (Coal dust is the grandmother of all dangers,
always sprinkle water on it.) Dust and ashes

are cognate. If footprints are visible on the mine floor,
fine particles can explode, produce 200 mile per hour winds,
dispersing additional dust from walls and overhead

beams. There can be secondary explosions, fires. Anything
that can burn in bulk can explode when powdered
and mixed with air. Coal, wood. Churches.

In books of poetry, as in real life, many things don't get resolved.  Shelley Chernin has her way with the reader with The Vigil.  There is enough in each poem to make it a success, more than, but there is also the promise of much more.

In the month after the Sago disaster, four more
miners died in mining accidents in West Virginia.
Like miscooked sago, the flow of names congeals.

Rutajit knows a story. On May 28, 1965, an explosion
and fire in the Dhori Colliery in Dhanbad killed
more than 400 miners. Deep inside, heat blasted the mine

to darkness, blew off eyeglasses, burned off brows. The air
coagulated. The men died in denseness, unable to see
their own hands. Thick in prayer. 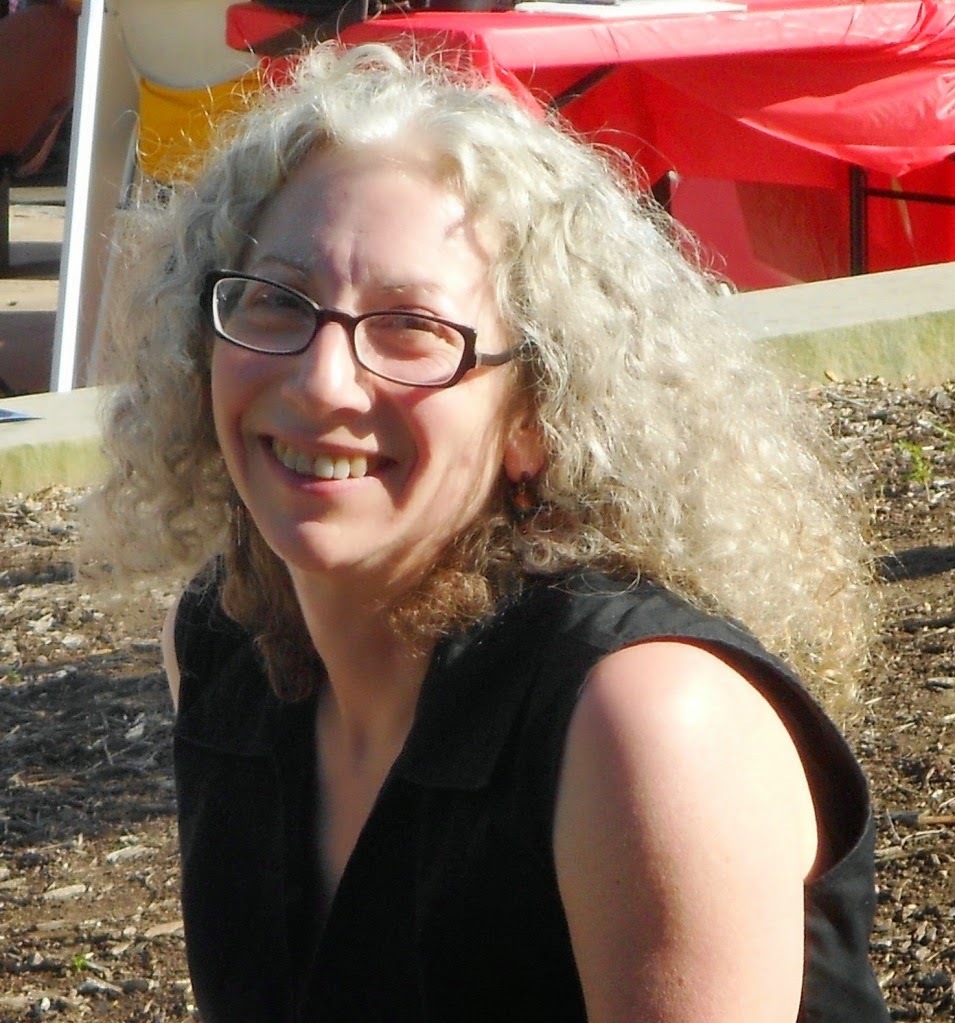 ABOUT THE AUTHOR
Shelley Chernin is a 57-year-old freelance researcher, writer, and editor of legal reference books. She lives in Russell, Ohio (aka Novelty, proving that the US Postal Service once had a sense of irony). Her poems have appeared inScrivener Creative Review, Rhapsoidia, What I Knew Before I Knew: Poems from the Pudding House Salon-Cleveland, theHeights Observer, the 2010 through 2012 Hessler Street Fair poetry anthologies and the Cuyahoga Burning edition of Big Bridge. She received the 2nd Place award in the 2011 Hessler Street Fair Poetry Contest and Honorable Mentions in the Akron Art Museum's New Words Poetry Contest in 2009 and 2010. Yes, of course, she plays the ukulele. Who doesn't?

BLURB
"It's an astounding work. I knew as soon as I started reading it that I wasn't going to put it down, and that's pretty rare for me. It is just good on so many levels. Regardless of what one's faith relationship is, the work says something about faith that is irrefutable. Rather the metaphor, the mining and its inherent disasters and conditions, was so powerfully drawn that one walks away, whether one wants to or not, with a new reality concerning faith. I'm not a great judge and I don't keep up with award winning and prize winning, grant winning poetry standards, but I could see this book grabbing a big one. Remarkable.... It was like reading a sinking hole. The book collapses right in your hands."