How to Draw a Rhinoceros - Kate Sutherland (Book Thug) Kate Sutherland has created a rather robust bestiary but it only contains one principal animal.  More correctly one type of animal, yes, How to Draw a Rhinoceros is seriously amped with a cornucopia of rhinos.

Sutherland's research is rich and varied and a little astounding.  Kate Sutherland is thorough and her sources for the poem "A Natural History of the Rhinoceros" will give you a little tug and twist into her ample resources.

"Fragments of text borrowed from: Ctesias, Ancient India; Oppian, Kynegetika; Pliny, The Natural History; Kosmos Indikopleustes, De Mundo; Marco Polo, The Travels of Marco Polo; Valentin Ferdinand, Letter; Edward Topsell, The History of Four-Footed Beasts and Serpents; James Bontius, An Account of the Diseases, Natural History, and Medicines of the East Indies; John Evelyn, The Diary of John Evelyn; I. Parsons, A Letter from Dr. Parsons to Martin Folkes, President of the Royal Society, containing the Natural History of the Rhinoceros; L'Abbe Ladvocat, Letter on the Rhinoceros to a Member of the Royal Society of London; Comte de Buffon, Natural History; Oliver Goldsmith, A History of the Earth and Animated Nature.

How to Draw A Rhinoceros may be the most well researched volume of poetry to come across the desk of Today's book of poetry in a long time.  Of course the research wouldn't mean anything if the poetry didn't work.  Sutherland's poems work hard and the results are easy to like.

How to Draw a Rhinoceros

Begin with an elephant. Shorten the legs and the nose, pin back the ears
To cement the distinction, assert eternal enmity between the animals

Use a woolly rhinoceros skull to sculpt a dragon's head

Delete all rhinoceros references from the Bible
Replace with unicorns

Add a dorsal horn and a suit of armour

Incorporate its image into an apothecary's coat of arms

Put a jaunty human skeleton in front
and one behind

Sketch a front view, a back view, a side view. Insert details
of horn, hoofs, ears, nose, tail, each of its component parts

Picture it grazing placidly in the foreground, while a fearsome compatriot
gores an elephant in the background

Depict it stalked by an Indian swordsman, or African tribesmen
armed with bows and arrows. Don't be afraid to mix and match

Render it with a ring through its nose, being led by a chain
or with its leg shackled

Paint it lying on its side, feeding in its pen
preening before an audience. Divest it of its horn
Mask the audience. Make it realistic
the audience fantastical

Sculpt it from marble. Cast it in bronze. Model it in porcelain
Perch a turbaned Turk on its back
Place a robed mandarin cross-legged at its feet
Put a clock in its belly

Enamel it on a serving plate

Engrave its likeness on a medal, a series of medals
suitable for collecting

Emblazon it together with a sailor on a banner
the sailor raising a glass of beer
in a toast: Bon Voyage!

Sutherland's How to Draw a Rhinoceros is a glossary to adorn the history of the rhino and messy human interlopers alike.  By the time Sutherland finishes we can imagine a world where the only reason for human existence to flourish is to praise the big beast.  But of course Sutherland is up to much more.

Today's book of poetry thinks you get the picture, Sutherland's rhinos are the platform, her high diving poetry act is what we are really here to see.  How to Draw a Rhinoceros is a splendid poetry read; Sutherland both amuses and informs, teases and delights.

Kate Sutherland's How to Draw a Rhinoceros is a new mythology for the odd-toed ungulate and Rhinocerotidae will be eternally grateful for as long as they can read poems.

The Rhinoceros
or Unicorn of Holy Writ

Having been a member in curious standing of the Rhinoceros Party I felt it was my duty to get our morning read off the ground and started.  Our office staff were a bit St. Patrick's Day green this morning but Today's book of poetry offered no sympathy.  I put John Coltrane's "Giant Steps" on at a peaceful but not distracting volume, spiked everybody's tea, and on we went down Rhinoceros Road.

The Fun of Hunting Them

Any modern rifle is good enough. The determining factor is the man
behind the gun.

I pushed forward the safety
of the double-barrelled Holland rifle
which I was not to use for the first time
on big game. such a hard-hitting rifle
the best weapon for heavy game
I was using a Winchester
with full-jacketed bullets
I was anxious to try the sharp-pointed bullets
of the little Springfield rifle on him
I used all three of my rifles

I fired for the chest
I first hastily into the chest
I put the heavy bullet straight into its chest
I fired right and left into his body
I put in the right barrel
I struck him with my left-hand barrel
I again knocked it flat with the left-hand barrel
I put both barrels into and behind the shoulder
I fired into the shoulder again.
I fired into its flank both the bullets
remaining in my magazine
I emptied the magazine at his quarters and flank
I put in another heavy bullet
I had put nine bullets into him
I sent the bullet from the heavy Holland
just in front of her right shoulder
The bullet went through both lungs
It went through her vitals
My second bullet went in between
the neck and the shoulder
The bullet entered between the neck and shoulder
and pierced his heart
The animal was badly hit
It needed two more bullets before it died
I had put in eight bullets, five from the Winchester
and three from the Holland

None had decent horns
None with more than ordinary horns
None carried horns which made them worth shooting
It did not seem to have very good horns
Her horn was very poor
A poor horn
A stubby horn
A short, stubby, worn-down horn
His horn though fair was not remarkable
A fair horn
A good horn
The front horn measured fourteen inches
against his nineteen inches
It had good horns
The fore horn twenty-two inches long
the rear over seventeen
Thick horns of fair length
twenty-three and thirteen inches respectively
A stout horn, a little over two feet long
the girth at the base very great
A front horn was nearly twenty-nine inches long
He was a bull with a thirty-inch horn
A very fine specimen, with the front horn thirty-one inches long
much the longest horn of any of them

Kate Sutherland's How to Draw a Rhinoceros is a monster first book of poems that Today's book of poetry admired from the get go.  Sutherland has taken a page out of the American novelist John Irving's playbook.  One of Irving's characters in The Hotel New Hampsire intones that only way to succeed is to "get obsessed and stay obsessed."  Sutherland's rhino obsession is all gravy to poetry readers, Sutherland knows how to burn. 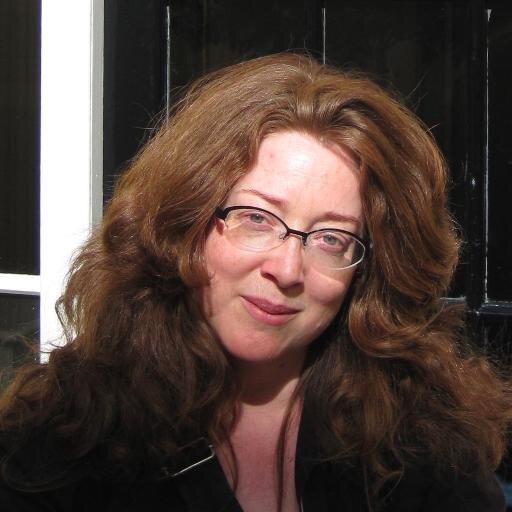 ABOUT THE AUTHOR
Kate Sutherland was born in Scotland, grew up in Saskatchewan, and now lives in Toronto, where she is a professor at Osgoode Hall Law School. She is the author of two collections of short stories: Summer Reading (winner of a Saskatchewan Book Award for Best First Book) and All In Together Girls. How to Draw a Rhinoceros is Sutherland’s first collection of poems.

BLURBS
“Kate Sutherland has created a surprising, beautiful and often tragic menagerie of poems about a powerful, peaceful beast that has the misfortune of being both magnificent and magnificently horned. Her brilliant resurrection of 18th-century rhinosuperstar Clara is an enchanting bonus.”
—Stuart Ross, author of A Hamburger in a Gallery and A Sparrow Came Down Resplendent

“Kate Sutherland writes a book of poems with the understanding that the colonial encounter requires a deliberate destruction of the colonized. In How to Draw a Rhinoceros, Sutherland draws upon historical documents and imagined perspectives to present a palimpsest that maps imperialist invasion, European plunder of brown and black countries, kidnapping, murder, and enslavement. In other words, the poems reveal the true face of empire. In verse that invents, alludes, and allows for considerable vivid delving, the poems present and speak back to white violence and a colonialism that framed and imprisoned those that they conquered (including people) as exploited ‘exotics’ for European appetites.”
—Hoa Nguyen, author of As Long as Trees Last