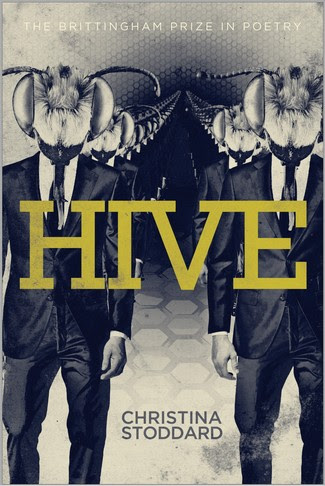 Christina Stoddard "brings the hammer down" hard.  These poems are the flaming sparks you get from raising a hammer high and bringing it down hard on an anvil.  And she doesn't miss a beat.   Every time you turn a page in this spellbinding collection you can feel the heat.  Stoddard is fully armed and taking names, and she is shooting in every direction.

Hive is as rewarding a book of poetry as you'll find out there, this woman can burn.

Stoddard grew up in the Mormon Church and she is not all that happy about it.  These poems are brutal and beautiful, terrifying and exciting.

One of the many things Today's book of poetry absolutely loved about Christina Stoddard's Hive is the sustain.  Stoddard never takes her foot off of the gas.  She pops these out of the park, page after page, like she was taking batting practice for fun.

There is a dark menacing undertoad that rolls under these pages.  Its a dark cloud hanging over the prayer you cannot retract.  Stoddard controls all the momentum with the precision of a surgeon.

The entire Today's book of poetry staff were sitting around our large central table this morning for today's read.  Everyone seemed in a rather solemn, somber mood.  We agreed that Stoddard did have a sense of humour but she is one tough nut.  The laughs don't come often but the dazzle is always on. Every person in the room ate up these intense little diamonds because they are such perfectly articulated anger.  Unanimous.

lists of the dead. It is why
I step into the font, white dress
dragging like sailcloth.

An Elder takes both wrists
and pushes my body underwater
while saying a stranger's name.

In the water, I'm supposed to go absent.

I baptize you in the name of Lynette Snyder, who is dead
In the name of the Father, the Son, and the Holy Ghost

As I go under, I glimpse
the howling green river,
the parade of persuaded girls.

I see you, I tell them, I know
you are here.

I baptize you in the name of Karen Haskill, who is dead
In the name of the Father, the Son, and the Holy Ghost

I baptize you in the name of Melissa Porter, who is dead
In the name of the Father, the Son, and the Holy Ghost

I am weightless, light as a nest.
To save the others, the Elder
has to hold me down.

Christina Stoddard has a luminous career ahead of her.  Today's book of poetry knows great when we see it.

God Made Everything Out of Nothing,
But the Nothingness Shows Through

The woman you are trying to love
has finally let you see her naked.
A clutch of seagull-shaped scars
ranges over her breasts
and you have never seen anything
like it, but that only means
you haven't seen much.
You have questions and
all I can tell you is that the earth
is full of ashes. I know
it is beautiful sometimes to be violent.
That flood of surprise and pleasure
at what we are capable of
in the instant before blood
escapes the skin. We are
often told that loves comes
from inside us and maybe
she tired of waiting for it.
I know it is power
to open yourself. It is power
to stand naked before a man.
And there are those of us who need
to look upon the face
of the deep, who know
that emptiness was first, before God
allowed there to be light.

Today's book of poetry doubts that Hive was written in blood, but it sure seems that honest, it certainly feels that true.  This is brave stuff.

Stoddard had better be working on her next book or TBOP will be sending out our Poetry Swat Team to investigate.

If Today's book of poetry handed out stars Hive would get them all. 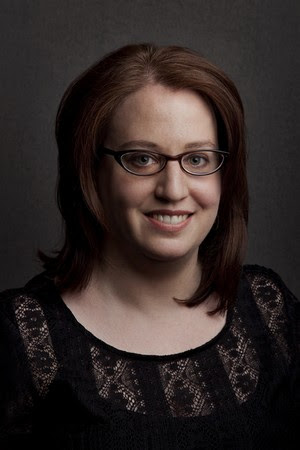 Christina Stoddard is the author ofHive, which was selected by Lucia Perillo for the 2015 Brittingham Prize in Poetry (University of Wisconsin Press). Christina’s poems have appeared in various journals includingstorySouth, DIAGRAM, and Spoon River Poetry Review. Originally from Tacoma, WA, Christina received her MFA from the University of North Carolina at Greensboro, where she was the Fred Chappell Fellow. Christina is an Associate Editor at Tupelo Quarterly and a Contributing Editor at Cave Wall. She currently lives in Nashville, TN where she is the Managing Editor of a scholarly journal in economics and decision theory.

BLURBS
“Hive is a joyride in a fast car that sometimes gets pulled over by a man in a suit with a Bible in his hand. Read these poems and you’ll know what I’m talking about!”
—Lucia Perillo, Brittingham Prize judge

“Hive investigates the intersections of religion, race, class, and sexuality with grace and knowing. This is a revisiting of a Pacific Northwest that we often forget in our rush toward nostalgia—while the world was busy lauding the grunge scene, women went missing in the woods, and children died in the streets. Stoddard’s exquisite craft never forgets the errand: she raises the dead and offers full tribute and salve for those of us who have survived it.”
—TJ Jarrett, author of Ain’t No Grave

“Christina Stoddard’s stunning first collection begins in ruin and the buzz of gathering flies. And that buzz grows into a more and more menacing hum in a journey through rapes and murders, through stray bullets and serial killers, through mental and physical and emotional and sexual and even spiritual abuse until the voice speaking the poems seems to come from a ‘mouth / fill[ed] with swarm.’ Yet in the end, miraculously—by their sheer courageous existence—these fierce poems soothe as much as they sting.”
—Dan Albergotti, author of Millennial Teeth