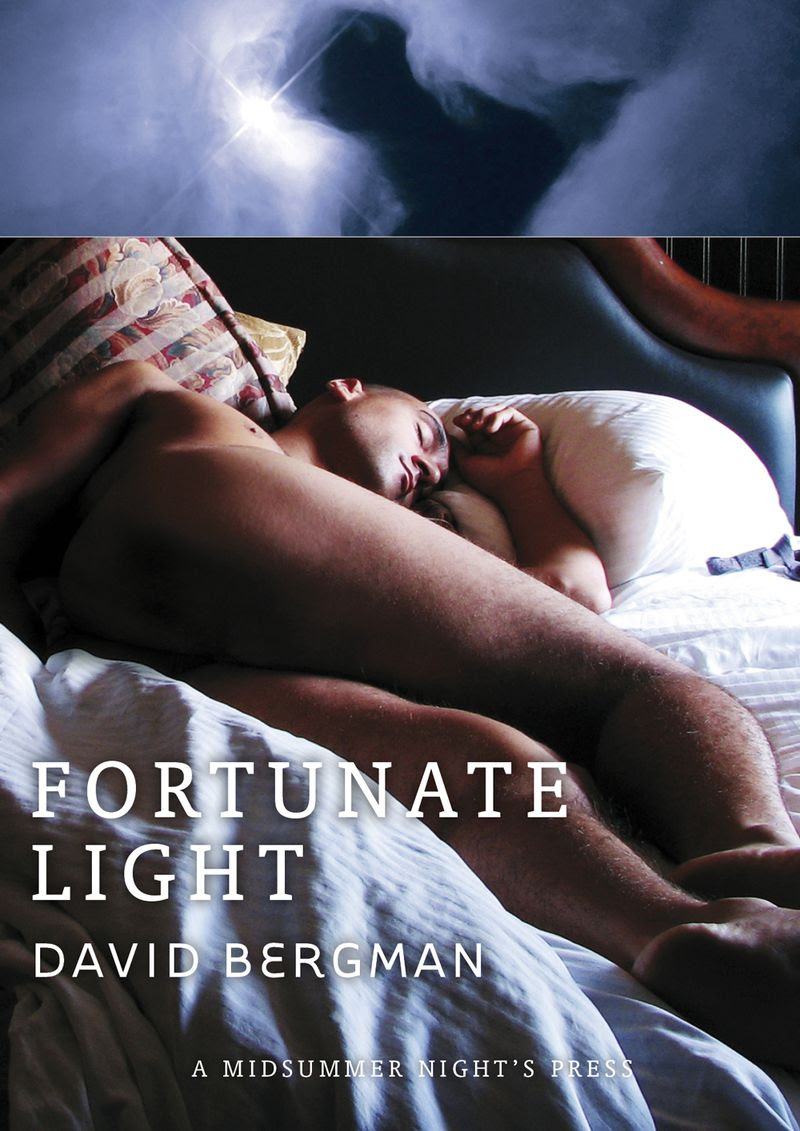 You might want to know that A Midsummer Night's Press tell us that the 'Body Language' series is "devoted to texts exploring questions of gender and sexual identity."

For our purposes here at Today's book of poetry we want you to know that David Bergman's Fortunate Light burns with the best of them.  These poems are the bright kid in the class showing you how it is done.  These are Orca poems, top of the food chain stuff.

Anything could be written on this face --
he is that young and unmarked
by imperfection, the skin smooth, the green
eyes grass at dawn. He finds my toes
in the shoes that are too long. He brings
out a size smaller. "Walk on them," he says.
"Hows do they feel?" he asks. In the presence
of such beauty, one forgets one's age and then
grows painfully aware of it. "They look good
on you," he nods, smiling. And for the first time
I notice all his clothes are wrong,
that any clothing would be wrong on the fine
light structure of his bones that was built
only for wings. Just wings.

Bergman is certainly writing poems that explore his sexual identity.  Beautifully gay.  Fortunate Light is a boutique museum with room after room of marble David's that Michelangelo would be proud of.  These poems are pretty much flawless, smooth as marble and solid as a rock.

The body remembers what the mind forgets.
Actors know this, and when their parts require
long-forgotten rage, they make a fist
and anger arrives just as they desire.
Pianists, too, rely upon their hands
to recall a piece they haven't played for years
and marshal the keyboard under their command
before the music rises to their ears.
And lovers who have long remained apart
because of argument or circumstance,
will feel, before it builds up in their heart,
pressures along the arm, then their embrace
releases from lips an unexpected grace,
words that they'd forgotten how to start.

Bergman is clearly a man with a sophisticated palette and an unlimited literary canon on his formidable shoulders but there is never any showing off.  These gems are as easy to access as opening the page and digging in, the rewards are immediate.  Smart doesn't necessarily have to mean impenetrable.

The Distractions of Beauty

Right after my reading, he appeared
so I could sign his book and talk. He was
seventy-five or so, small and thin,
with a well-trimmed arc of snow-white beard.

His wife of nearly fifty years had died
a year before, he told me, and he'd been
faithful to her even to the end, but now,
now he felt he wanted to be gay.

He always knew that he was gay,
but somehow -- times were different then --
he settled for a family and got
two sons, good boys, who now lived far away.

While he spoke, I noticed another man,
twenty-five I'd guess, who smiled at me,
then turned to show his bubble butt, the kind
that begs to be pricked so you can see just how

it would explode with pleasure. He told his sons
what he was up to, and one -- the one who lived
in San Francisco -- confessed that, like his dad,
he, too, was "a little gay," but later wed.

As for the other one ... The bubble butt
clenched tight and then released his cheeks; they flexed
again and again like a pulsing sea anemone...
The brother? What of him? I made a vexed

attempt to retrieve my mind, which had gone adrift.
Well, he was much too busy to listen and put
the news away like an unwanted gift
he'd unwrap someday when he had time for it.

At last he said, "I must be boring you."
O those words stung! Callous and rude,
I'd been unbearably distracted
by an ass that had, alas, since left the room.

Forgive me, I should have known better
than let mere youth steer me blind,
for age must always go first, with beauty,
(if it comes at all) following close behind.

Today's book of poetry can't even begin to tell you how much we admire the chapbooks produced by A Midsummer Night's Press.  These perfect-bound little pistols are pocket sized dynamos.  And David Bergman's Fortunate Light punches way above its weight.  This beautiful, tiny, little book is a heavy-weight champ and as tender as your favourite lover. 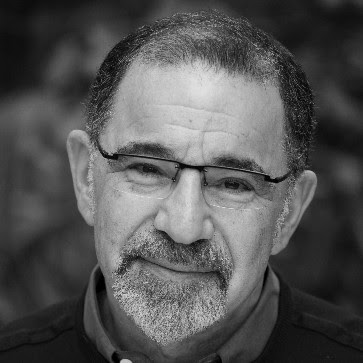 David Bergman is the author of three previous books of poetry, Heroic Measures, The Care and Treatment of Pain and Cracking the Code, which won the George Elliston Prize. His poetry has appeared in The Paris Review, The New Republic, Poetry, The Yale Review, among many other journals. He is poetry editor of The Gay and Lesbian Review Worldwide. He is winner of the Lambda Literary Prize as the editor of Men on Men 2000. He has published two studies, The Violet Hour: The Violet Quill and the Making of Gay Culture and Gaiety Transfigured: Gay Self-Representation in American Literature, which was selected as an Outstanding Book of the year by Choice and the Gustavus Myers Center for Human Rights. He is the editor most recently of Gay American Autobiography. With Katia Sainson, he translated the Selected Poems of Jean Sénac. Educated at Kenyon College and The Johns Hopkins University, where he earned a Ph.D., he is a professor of English at Towson University. He lives in Baltimore with his partner of many years, John Lessner.