Those Godawful Streets of Man: A Book Of Raw Wire In The City - Stephen Bett (Blazevox[Books])

Today's book of poetry:
Those Godawful Streets of Man: A Book Of Raw Wire In The City.  Stephen Bett.  Blazevox[Books].  Buffalo, New York.  2015. 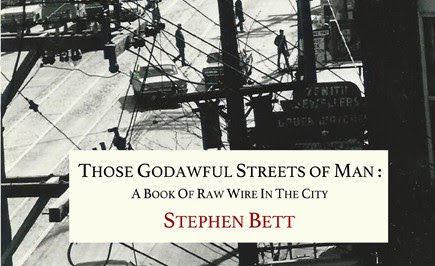 Stephen Bett is damned sure that none of us is going to get out of this city unscathed.  Those Godawful Streets of Man: A Book Of Raw Wire In The City is a little light when it comes to optimism, this book is a sneer from a mouth full of broken teeth.

Then there was cousin
Billy (Edinburg)
down the shop
for smokes

And it's all
about cities
(& borders)

And people really
fucking each
other up

It's cruel as
all get out,
& someone
ought to
die for it

Or lose
heart
(at the
least)

In Bett's city someone just played the joker against any chance of a winning hand.  People smear themselves like bloodstains all over their attempts to find love.

Those that do find love discover just how flawed love can be.  Those Godawful Streets of Man... is an illustrated fall from grace, one gut punch at a time.

Look'it all these god-
awful people hiding in
their square buildings
here a woman protecting
herself from the only
man who's ever loved
her, she's so used to
being stared at &
abused she needs
to hide cause her
meds aren't
working &
trust is
wild, right?

Stephen Bett's city is under siege, love is a doomed lost cause and you can't trust anyone in Those Godawful Streets of Man....  Love and tenderness are abandoned as life cracks a hard whip over every suckers back in these bruised beauties.  There are no happy endings.

Bett is betting that readers will recognize his remorseless city as a place they've spent time.  We have all had our broken hearts turn black and brooding and Bett is certain we'll remember.  Bett gives voice to some angry sorrow.

Where is the godawful
suicide gene when you
need it, tons of other
people have enough
to go around, why
not do the black
market thing, this
is a godawful
black market
day, there's
a sale on at
every corner
buy what you
need & get
it over with

Look at the line-
up over there
short ones tall
ones & you
take an odd
size, poor
sap, here
lemme lend
you some money
fix yr-self up
& drop yr-
self off

Those Godawful Streets of Man... is not for the weak of heart.  These poems are the white-knuckle, white-hot anger of pure emotional betrayal, the picked scabs of love.

Dark and intriguing poetry.  But it won't make you happy.

Today's book of poetry has looked at Stephen Bett before.  Back in April of this year we blogged about Bett's The Gross & Fine Geography / New and Selected Poems, (Salmon Poetry).  You can see that blog here: 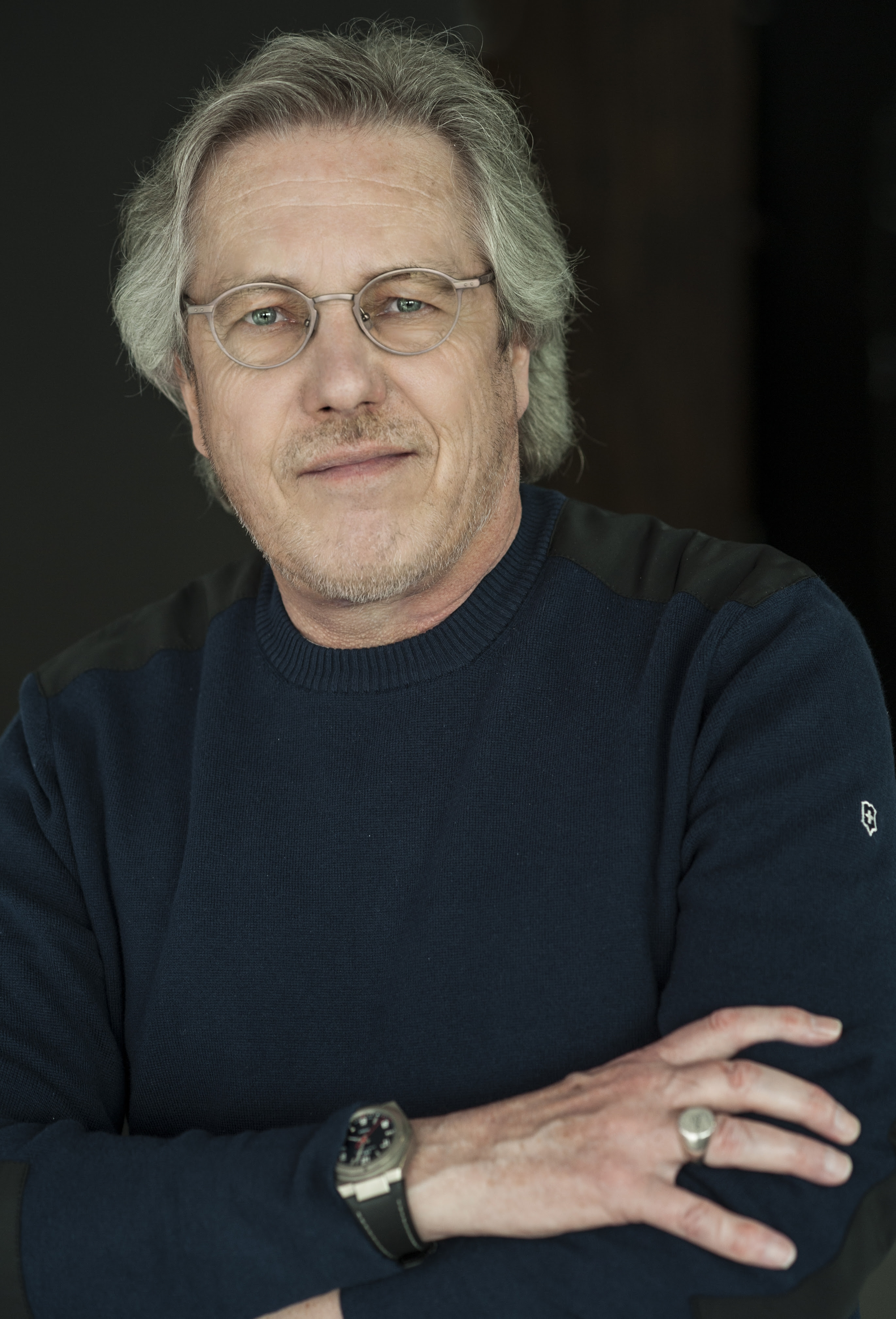 His work has also appeared in over 100 literary journals in Canada, the U.S., England, Australia, New Zealand, and Finland, as well as in three anthologies, and on radio.

His “personal papers” have been purchased by the Simon Fraser University Library, and are, on an ongoing basis, being archived in their “Contemporary Literature Collection” for current and future scholarly interest.

He lives in Vancouver.

BLURBS
Bett’s poetry are offerings: they expose themselves like nude paintings, providing only the essentials and inviting the reader to extrapolate interpretation based on the subjective reading. This is authentic minimalist poetry. The words are so modestly beautiful in their arrangement upon the white page while showing an emotional intelligence within the micro-text. Poetic minimalism is notoriously difficult to master, especially on a topic as complex as human relationships. Yet [this work] manipulates the sparse format so aptly that the outcome is a poignant expression of the tensions that exist between two people. At times, the collection demonstrates the understated gentleness of the English language with a human voice that makes the poetry so accessible to the layperson (while it beckons multiple readings from the widely read). To satisfy both types of readers is an incredible accomplishment.
—REM magazine, New Zealand

You are on what first nations call a vision quest. Track the process and trust the signs. Look for totems. All decisions must come from the biggest part of yourself...in the epic form… of books you are living.
―Michael Kenyon (poet, novelist, editor)

Email ThisBlogThis!Share to TwitterShare to FacebookShare to Pinterest
Labels: a book of in the city, blazevox, michael dennis, michael kenyon, stephen bett, those godawful streets of man