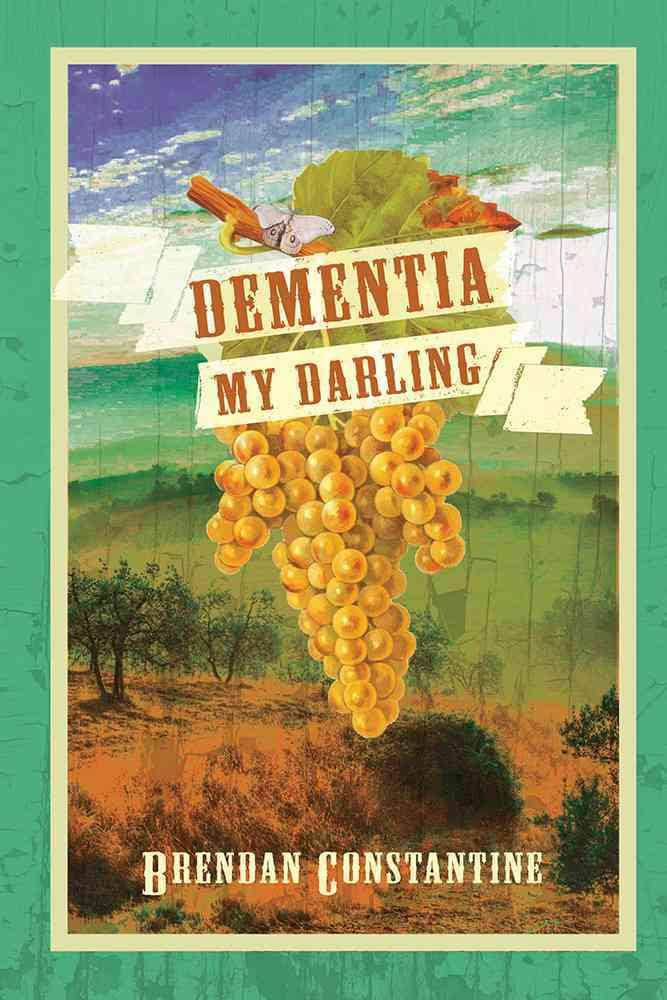 There used to be different words here,
a lawn with benches, a statue of wind.
This is where your hand would go, my
shoulder, a good laugh. We shared
a sixth sense of humor, that is,
we always knew what the dead found
funny: calendars, money, an informed
opinion. Now the birds sing like
car alarms. The bees just want out.
You can push the night around
with your tongue.      We do.
We go to the cafe and order a bed.
We ask for curtains, a notebook, then
blow on our cups without drinking,
blow away. Say, How long's it been?
When's it gonna' be soon? What
we wouldn't give for what we gave.
And this is when the dead start
laughing, when you and I decide
to keep waiting. Let tomorrow cool
awhile, until we're two other people.
They'll know if we're inconsolable.
They'll know how to drink lying down.

Today's book of poetry has been reading Edward Hirsh's How to Read a Poem and Fall in Love with Poetry.  It's an insightful and gracious read, a sterling guide if you ever feel you need one.  Brendan Constantine's Dementia, My Darling made me think of Hirsh's concept that poems contain "stored magic."

I believe such stored magic can author in the reader an equivalent capacity
for creative wonder, creative response to a living entity.  The reader completes
the poem, in the process bringing to it his or her own past experiences...

...the kind of knowledge--one gets from poetry cannot be duplicated elsewhere.
Edward Hirsh
How to Read a Poem

Dementia, My Darling bursts at the seams with "stored magic."  In Constantine's poetry universe logic is one step ahead or behind.  That's not quite right.  In Constantine world he builds invisible bridges to some parallel universe that chugs along next door to ours so that he can traverse that distance at whim.  It makes for some sharp poems brimming with considerable guile.

People die from falling out of bed--
five hundred a year--more than are
killed by tigers, sharks, crocodiles.
There's a quota, a "stat" on a big
chart, next to famine & disease,
murder & plane crashes. Mostly
small children, the elderly, people
who can dream too hard. At least
twice as many have to explain it
to somebody else. Thousands of
relations, not to mention cops,
medics, morticians, have to say
out loud, No really, it happens
all the time. Tonight, while we go
to school naked, get chased by bees,
discover we can fly, a few of us
pass into nothing, into bright light,
into marble stations of cloud. We
come yawning, rubbing our faces,
our faces creased by books, cups,
clocks, whatever we kept close by.

The poems we liked most, the superior poems, in Dementia, My Darling, and they were many in number, were top flight cooking.  Constantine can burn, there are new recipes here, some unusual spices, but the kitchen smells wonderful and all the plates keep coming back clean.

Today's book of poetry wanted to call in some big guns for morning's read but Milo, our head tech, and Kathryn, our Jr. Editor, said they had it covered.  Constantine's poetry made for a very engaged reading for both the readers and the listeners.  These poems rarely stretch to a second page but they all read longer, short stories, novels and so on bursting out of these few short lines.

No one watches the stewardess anymore;
how she demonstrates the belt, the mask,
the life vest. We've got it down. Maybe
not our lives, our money & regret, or how
to breathe while kissing, but, by God,
we know how to survive a water landing.
The stewardess doesn't look at us either,
but at someplace that's really behind her,
the way dancers do. It's a recital, after all.
In the wild we're told not to sleep too near
our food, to put ever our champagne far
away. There's a checklist of other things,
written by a man so bored, he's forgotten
what survival is. Bears attack, he says,
if we surprise them. But he won't say
how; whether bears are easily frightened
or just don't like parties. When shipping
a bear by air, its ticket must be taped to
the cage in a waterproof bag. Someone
has to check this, someone who long ago
stopping imagining a sea full of floating
luggage, full of drowned bears in boxes.
The stewardess swims by. We call to her,
she to us; the ocean swallows our cries.
No surprises here.

Dementia, My Dear is Constantine's fourth book of poetry and these poems read every bit like they are from the hand of an old pro.  These poems are strong enough to swagger but Constantine is a little subtler than that.  These poems strut with confidence.

ABOUT THE AUTHOR
Brendan Constantine is a poet based in Hollywood. His work has appeared in numerous journals, most notably Ploughshares, FIELD, Zyzzyva, Ninth Letter, Poetry Daily, Verse Daily, ArtLife, PANK, and L.A. Times Best Seller, The Underground Guide to Los Angeles. His first book, Letters To Guns (Red Hen Press 2009), is now required reading in creative writing programs across the nation. His most recent collections are Birthday Girl With Possum (Write Bloody Publishing 2011) and Calamity Joe (Red Hen Press 2012).

BLURBS
““Brendan Constantine’s Dementia, My Darling is a mediation on memory. Poems address the difficulty of the death of memory and how does a survivor deal with recollections of a father’s lie, a collective lie about snow, school desk carvings, sleep talking, moths, and hospital ceilings. This collection examines consciousness, connotations, and relationships. Constantine is a master poet illuminating the ordinary and extraordinary with his distinct voice holding humor and heart equally.”
—Steven Reigns, author of Inheritance

“Dementia, My Darling is a suite of acute, beautiful poems about coming apart, slippage, love, emptying out, transformation, and carrying on. Every absurdly human moment in them is handled with smarts and just the right mix of inventiveness and delicacy. Each poem leaves its mark on the reader. Tender and humane and unsparing, the poems never surrender to despair. They all have a kind of brightness. Constantine renders the creeping surrealism of dementia from many angles, with the awe that is its due. Gaps, anagrams, collage and montage are employed to convey the myriad ways we fragment, multiply, dissolve. A fly is described as ‘an ink blot with wings / a blood spot / that sings a thin hymn.’ (!!) This book is a lyrical wrestling match with mortality.”
— Amy Gerstler, author of Dearest Creature

“I love this collection. I’m dazzled by its spectacular acts of imagination, the places it invents, the ways it invents of describing those places. Its most wondrous feat, though, is the heart it allows to beat behinds its intelligence, the person that peers from its intricate, sharp, brilliant latticework: so much structure, so much sharpness, and that softness, too. Bravo.”
—Mandy Kahn, author Math, Heaven, Time