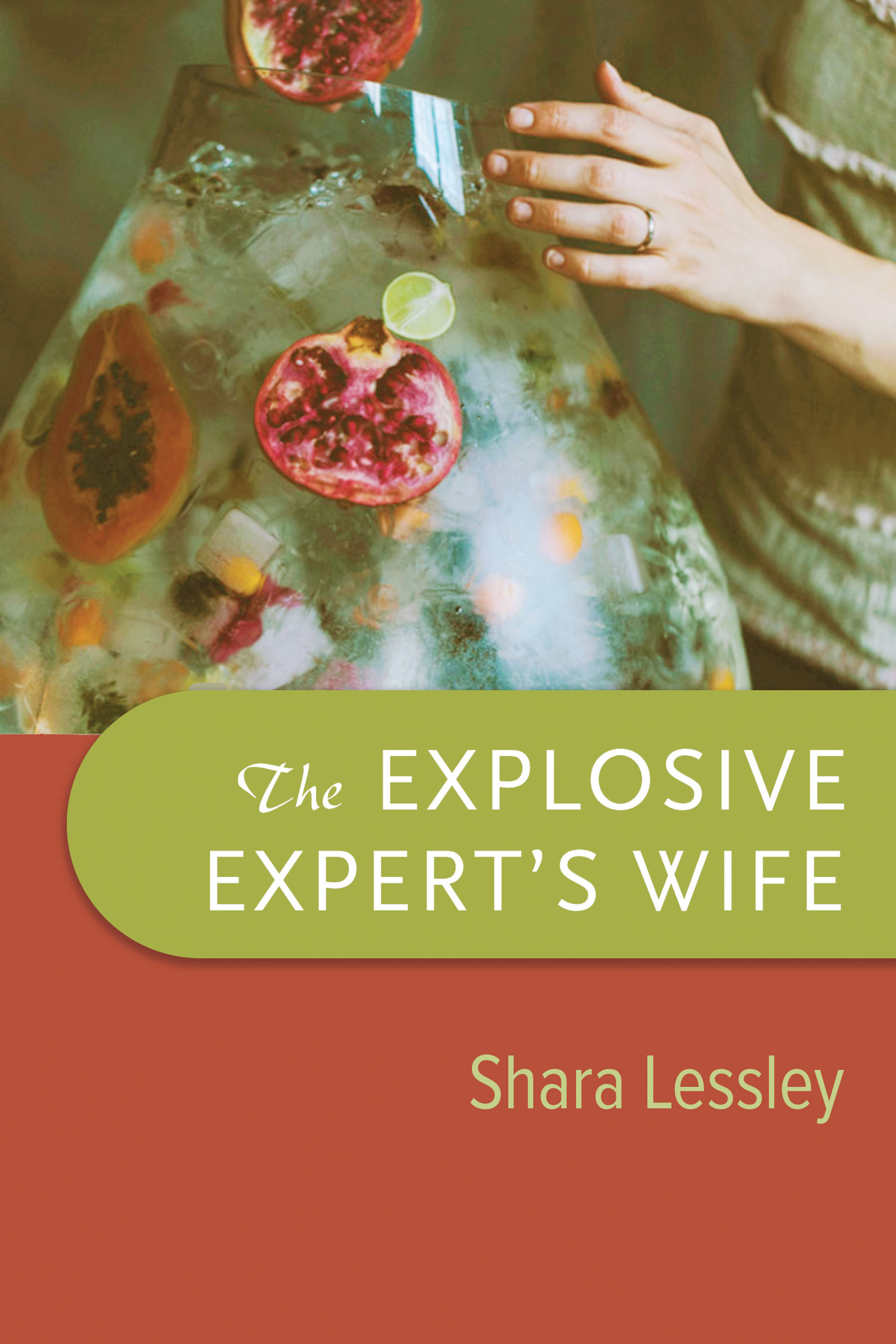 Today's book of poetry has no idea of what it might be like to be close to danger, at least not in the way it plays out in the poetry of Shara Lessley.  Bombs, physical explosives, are being set off both literally and figuratively in Lessley's taught, tense and emotionally titillating The Explosive Expert's Wife.

There were some grim faces in the Today's book of poetry offices this morning.  Yesterday there were bombs in the mail for ex-presidents in the US of A.  And sadly, America no longer has a respected leader but instead they are being led by a fearsome beast who incorporates the worst of human fear and greed into a platform rancid with hate.  I fear more...

Back in poetry world Lessley's poems are polished, but still full of grit; whether it is dust from a recent explosion, or the sudden implosion of a realization come to late.

Powerful stuff, these poems, both the exploding kind and the emotional.

Advice from the Predecessor's Wife

Learn Arabic—your husband won't have time.
At Carrefour Express, aisle one is the tax-free line.
For poultry, go to Sweifieh (the Palestinian
chicken man's shop). Pig, on the other hand,
is impossible to find (frozen pork sometimes
turns up at the co-op). Basha ——'s
wife is pregnant with twins; expect to host
a spa date or two for his mistress. Never make
eye contact with local men. Read Married
to a Bedouin, The Expert Expat guide. (Skip
Queen Noor's book—she's from the Midwest.)
During Ramadan Crumb's breakfast is the best;
everything else is closed. Never ride
in the front of a taxi with an Arab. If you're
near the embassy, avoid hailing a cab (security says
we're sitting ducks). Help in Amman
runs cheap: hire a driver, a maid, a cook.
Mansef is made with lamb or goat, and stewed
in a hearty jameed. When dining with royalty,
keep conversation neutral. At private parties
be prepared to be the only woman in the room,
save the staff. Look the part, but don't
show cleavage. Lipstick is fine. Laugh hard
(but not too hard) at Colonel ——'s
dick jokes. Know how to properly cut and light
a cigar. When talk turns to politics, smile
and nod, then say something obscure
in Arabic—your husband will give you the cue
(the Jords will think it cute). Never ask
a woman how long her hair is
under the hijab. Don't call anyone
but your husband habibi. Explore the souks.
Steer clear of the mosques. All Arabs hate dogs—
walk yours after dark; comb your yard
for poison and traps. Close your drapes
(Western women are common victims
of peeping toms). When moving among crowds,
expect children and strangers to stop
to stroke your hair. Always carry your passport.
The number one reason a man's relieved
from his post? His wife's unhappy. Avoid this
from the get-go—get a hobby! Play tennis,
take a class, or find a job. (The field's leveled
for spouses: here, education and experience
equal nada.)  The workweek runs Sunday to
Thursday; your husband will clock in Saturdays,
Fridays, too. Pack at least four ball gowns.
Stock up on shirts with sleeves. Gunfire means
graduation, or congratulations — a wedding's
just taken place. Don't be disturbed by
the armed guards outside your apartment
(their assault rifles don't have bullets,
rumor has it.) "Little America" runs perpendicular
to Ring Six (a.k.a. "Cholesterol Circle") — Popeye's,
Burger King, Hardee's — you'll find everything
you need. McDonald's Playland spans three
upstairs levels. Ship a year's worth of ketchup,
mayonnaise. Blondes are often mistaken
for hookers; consider dyeing your hair.
by September or October you'll learn to
tune out the call to prayer.

Poetry can be the deepest message of love - or the assassin's bullet.  Poetry can be a poisoned bamboo spike or a jasmine scented pillowbook.  Poetry can fall from the invisible nighttime war plane - or from the hand of a child at the edge of the blast wave.  Shara Lessley is looking for every means of detonation.

He comes home from the range scorched in dirt;
home from the office, a stain on his suit.
His nails are chewed.
He enters the house without saying a word.
He's jetlagged again. He's got blast-
dust the length of his forearms and hands.
Back from Sa'dah, he's got sand in the shanks of his boots.
He says, Sorry I'm late. He's come home
just to pack —a guard's found C4
stashed in a DCA trashcan.
He needs a haircut and shave. (It's been one of those days.)
He says, This won't show up on the news.
He's been sorting evidence. He has fresh
orders from the president.
He says, I do this for us.
They're booby-trapping pizza boxes and books.
They're rigging plastic cars so kids will trip the switch.
They're something else, he says.
He's on edge again.
He promises to be home by six. He promises not to miss
the latest round of tests. He's holding
a daffodil-tulip mix. He shakes his head, When
did we run out of limes?
He claims, It was pilot error.
He claims, No one knows. He asks, Did I get an urgent message
from Colonel So-and-So? Straight from the Pentagon,
he makes one drink after the next.
He wants to know what's for supper.
He asks if the oil's been changed.
Screw what Fox and CNN say: It's perfectly safe
to travel by train. Screw what happened
on the southern coast —
The casualty count could've been higher.
He's leaving for Kabul again,
this time for sixty-five days.
(It's better for us than Baghdad with overtime and haz-pay.)
He'll need shaving cream and toothpaste, fresh undershirts and socks.
He'll need a ride to the drop-off point
near the strip mall's outlet shops. He's filthy
from hosing the tech teams' Hazmat suits. He's going
to take a shower. Friday, they're predicting
snow. Careful, he warns, the roads will all be slick.
He gives thanks — the chicken tastes just right.
The dog jumps on his lap.
He strokes my arm, asks Later tonight?
Napkin crumpled, he pushes back his plate —
Now tell me everything, he says,
about your day today.

This mornings read was held under grey, grey skies, we had to turn up the thermostat in the office to greet the day.  Milo, our head tech, upped the furnace and put out our chairs, in a small circle.  We bounced The Explosive Expert's Wife around the room.

There are horrors in these poems but never anything gratuitous.  Shara Lessley understands that the world is made up of tidy consolations we embrace to survive and the messy contradictions that tear us asunder when we let down our guard.

Freezing rain clings to the porch screen. An ice-
quake splices the lakes. I followed you like a fault

line out to western Virginia. Here, it takes a machine
to defrost the interior. Snowplows barrel down,

a death rattle distressing the streets. This winter, they say,
is one for the records. You've been overseas

on the mattress. Somewhere in the middle
East, you sip coffee while I sleep. More wind-

storms, and your day's half done. In a temperature-
regulated room, you shift pieces of postblast

IEDs: copper springs and screws, a cell
phone's plastic back. I turn and toss. The early

crew clears the street. From a gridded wire sheath,
you pull it taut between your hands: a single human

hair — his wife's? —caught in a clip, this strand
so long, so thick, like a shiver unsettling

the darkness — but oh, the heat once held there.

Today's book of poetry will speak highly whenever Shara Lessley's name comes up in poetry talk world.  With The Explosive Expert's Wife, Lessley has confirmed her place on the poetry dais.

By the time you've finished with Lessley and her fine book, you'll have blast dust on you in places you can't find. 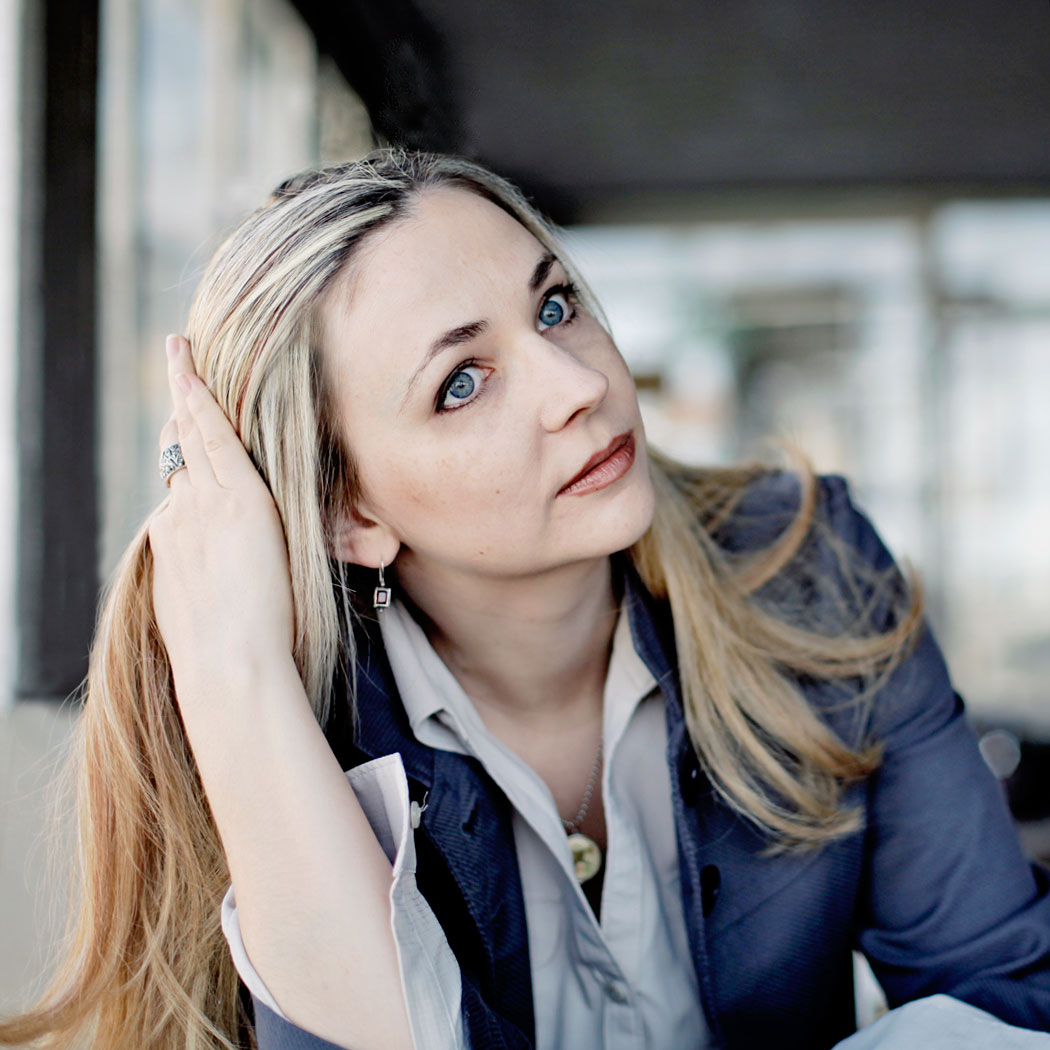 ABOUT THE AUTHOR
Shara Lessley is the author of Two-Headed Nightingale. Her awards include a National Endowment for the Arts fellowship, a Wallace Stegner Fellowship at Stanford University, and a Diane Middlebrook Fellowship at the University of Wisconsin–Madison. The coeditor of The Poem's Country: Place and Poetic Practice, she lives in Oxford, England.

BLURBS
“Lessley guides us along the knife-edge of a country on the edge of wars. An ex-pat Penelope wondering about her own Odysseus singed in ash, she keenly and empathically witnesses not only her own vulnerability as a young American mother in Amman but also courageous women around her—from Jordan's all-female demining team to an accused terrorist's wife.”
—Philip Metres

“These poems teach us that there is astonishment, not just fear, in each moment of displacement. I am hooked on Shara Lessley's music of adventure, intimacy of detail, the great sweeping largesse of address across continents, across ranges of emotion. Wherever you find yourself in this powerful collection, you will learn to see the world slightly differently.”
—Ilya Kaminsky