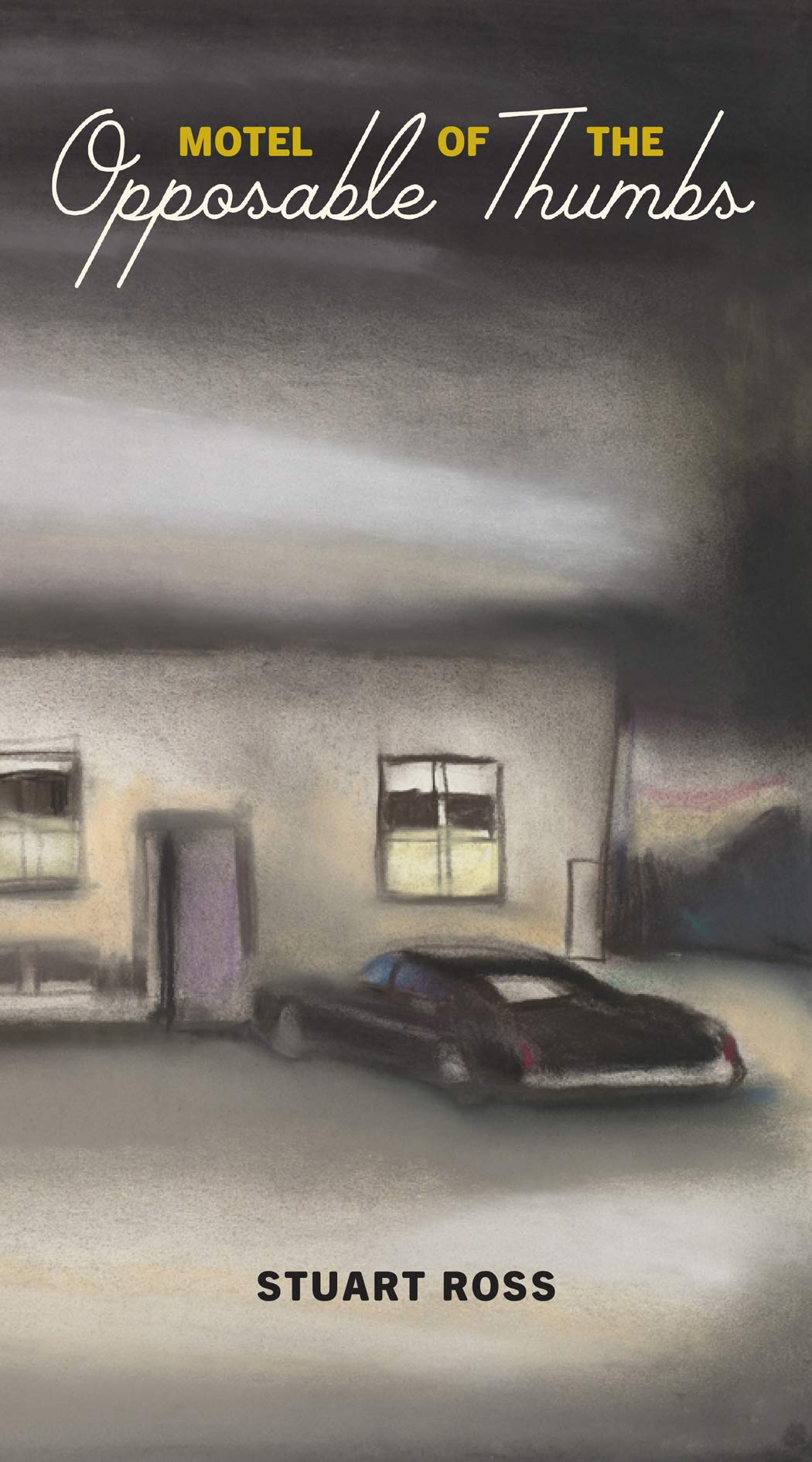 The first time I meet Laurie I walk into her house and
hand her a jar of pickles. Her father's side of the family
is Ukrainian, and therefore she loves pickles, she must
love pickles, I have brought her some pickles. I hand her
two roses, each rose is orange, one for her and its echo
for her cat, who has recently died, a rose for each. In
the park near the beach, she wraps her arms around a
tree too thick for her to wrap her arms around. Her
smile is composed of her eyes, her cheeks, her lips, her
teeth, her nose, the depths of her, the air that surrounds
her. Across the lake is Rochester, you'll find Rochester
there, where Frederick Douglass launched the North Star,
his abolitionist newspaper, in eighteen hundred and
forty-seven.

Here is a list of those titles and the links to the blogs/reviews:

Today's book of poetry will do our best to be unbiased — but there are plenty of reasons for our enthusiasm.

Today's book of poetry is Michael Dennis and my last book, Bad Engine (Anvil Press), only exists because of the efforts of Mr. Ross.  Ross went through all of my published poems and most of my unpublished work and, picked what he liked best and put together his selection of my poems for Bad Engine.  Then he edited them.

For the many dozens of other Canadian poets who've been edited by Ross, you'll know instantly what I mean when I say that a Ross edit means you have better poems.  Stuart contacted Anvil and told them he was working on a collection of my poetry.  Anvil said yes.  Anvil said yes.  Life changing for me.  Another day at the poetry office for Stuart Ross.

My second book of poetry from Anvil Press, Low Centre of Gravity, will be appearing in 2020, this time I picked the poems, but with Stuart's help, and of course he edited it.  I agreed with virtually every edit he suggested.

All of that to say that Today's book of poetry and Michael Dennis owe Mr. Ross.  We are old friends.  A couple of weeks ago Today's book of poetry had wooden signs laser cut by my brilliant brother-in-law, and secret poetry fan, Steven Predko.  Mr. Predko knows and admires Stuart and his poetry.  The signs were free because they were for Stuart.  What signs you ask? 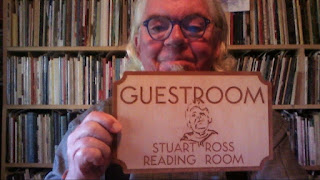 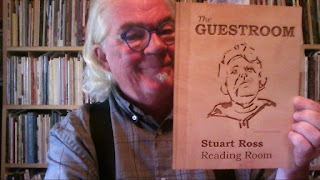 These signs!  Our guest room is now proudly called the Stuart Ross Guest and Reading Room.  Sir Bill Bissett, Frank Davey, the late Richard Huttel and a small herd of other poets have stayed in our guest room.  Now it is official, Stuart Ross has a room named after him.

Toronto, the taxi cabs flow mournfully
through your hunchbacked streets. Anxious
towers reach into the white-haired clouds
that throw shadows over
your tired, sweaty people, who squeeze
between each other on self-conscious
sidewalks cracking open beneath the
weight of fearful commerce and
vanishing newspapers. Your edges ripple
and fade into devoted car-worshipers.
Your tired mechanics and surgeons
work deep into the noisy night,
Jewish poodles sniffing at
their inquisitive ankles.

Stuart Ross is the most recent recipient of the prestigious Harbourfront Festival Prize for contributions to Canadian literature.  Some of the other previous recipients of the Harbourfront Festival Prize include Margaret Atwood, Michael Ondaatje, Christopher Dewdney and so on.  Titans.  The prize was totally deserved, Stuart's work in the Canadian poetry world has spanned over forty years and includes his publishing others through his own Proper Tales Press, workshopping all over the country, and encouraging other writers.

You can read about Stuart's Harbourfront Festival Prize here:
https://www.cbc.ca/books/stuart-ross-to-receive-10k-harbourfront-festival-prize-for-contributions-to-canadian-literature-1.5286918

Stuart Ross was also the recipient of the 5th Kitty Lewis Hazel Millar Dennis Tourbin Poetry Prize which is awarded by Today's book of poetry.  Motel of the Opposable Thumbs easily explains the Today's book of poetry award.  The Harbourfront Festival Prize is for his contributions to the literary community, and as far as I can tell, my experience with Stuart Ross and Bad Engine is only one small example of the tireless work Ross has been doing for other poets for decades.

Motel of the Opposable Thumbs proves what Today's book of poetry has been saying since we first met Stuart Ross back in the late seventies, early eighties, he is one of the most wildly imaginative and innovative poets we have.  Motel of the Opposable Thumbs continues Ross's excellent oeuvre and will expand the hold he has on his many devoted readers.  In recent years Mr. Ross has allowed a new compassion to be seen in his work along with his already considerable glee.

Stuart Ross, the poet, has been on a trajectory all his own for a long time and his poems continue with a brisk and often surreal, scatological logic, his newest poems bring him closer and closer to exposing his very big heart.  Motel of the Opposable Thumbs is unpredictable, but that in itself should be expected, Ross has never been predictable.  What Ross has always been, and remains, is full on unique, original.  There isn't anyone writing poems in Canada who can do what Stuart Ross does.  Motel of the Opposable Thumbs prove it.

Motel of the Opposable Thumbs

in memory of Sydney Ross

We soar through the night. Bugs spatter our windshield.
My father, he's alive again. Steers with one hand.
Our headlights bounce the road. Air whips our hair.

He sucks on smoke. I clutch a bag of chips.
The moon sucks on clouds. A bat flits by.
My father flicks on the radio. The highway spasms.

He sits on the edge of his twin bed. I sit on mine.
Mould in the bathroom. A spider on the lampshade.
"And the nurse slid the ring from my still, withered

hand and handed it to you in the corridor." Light sputters.
The Coke machine rattles. I slide under the covers.
The highway goes silent. I can't warm my hands.

Today's book of poetry admitted from the start of today's missive that we were utterly incapable of being unbiased when it comes to Mr. Ross.  He changed the trajectory of my life for the better when he put his hands on my poems.  How do you pay that back?  Read Motel of the Opposable Thumbs and there is every chance Stuart Ross's poems will change your poetry trajectory. 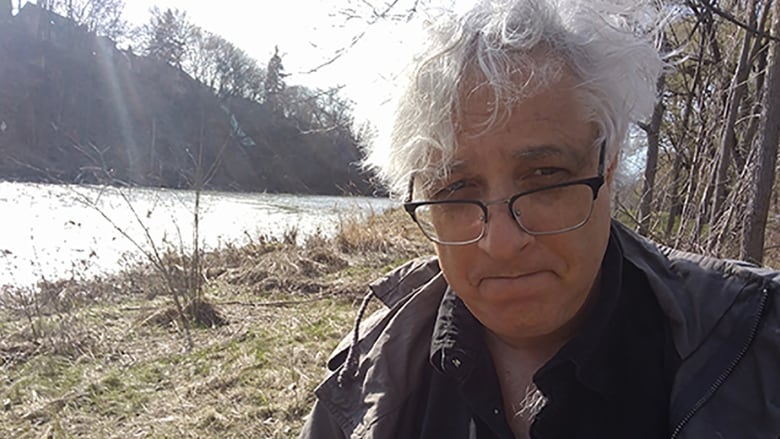 ABOUT THE POET
Stuart Ross is a writer, editor, writing teacher, and small press activist living in Cobourg, Ontario. He is the award-winning author of twenty books of poetry, fiction, and essays, most recently Pockets (ecw Press, 2017), A Sparrow Came Down Resplendent (Wolsak and Wynn, 2016), and A Hamburger in a Gallery (DC Books, 2015). Stuart has taught workshops in elementary and high schools across the country and was the 2010 Writer-in-Residence at Queen’s University. Visiting schools and working with students of all ages is his favourite part of his writing practice. Stuart is at work writing nearly a dozen different poetry, non-fiction, and fiction manuscripts.

BLURBS
“An admirably light touch: a democratic sense that all risks are created equal; an irrepressible need to play the clown, even when it results in self-sabotage; Ross’s stylistic hallmarks are on full display in Motel of the Opposable Thumbs.
— Jesse Eckerlin, Quill & Quire

“The wit and irreverent wisdom of Stuart Ross has been a mainstay of Canadian poetry for years, but in A Sparrow Came Down Resplendent we also see him at his most vulnerable … grappling with our mystifying world with his trademark affection and fury.”
— Adam Sol, Canadian Jewish Literary Awards citation

790
DISCLAIMER
Poems cited here are assumed to be under copyright by the poet and/or publisher.  They are shown here for publicity and review purposes.  For any other kind of re-use of these poems, please contact the listed publishers for permission.