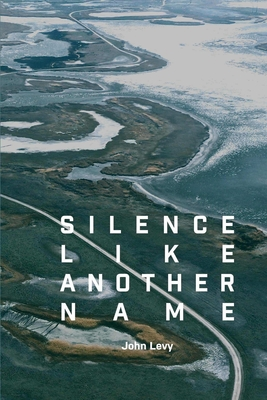 Today's book of poetry is taking another stab at the poetry of John Levy.  Silence Like Another Name is another brilliant flight of character appropriation, time travel and driftwood.

Today's book of poetry wrote about John Levy's On Its Edge, Tilted (Otatat's Bookshelf), back in June of last year and you can see that here:

Levy is a special sort of magician, hypnotist, slight of time trickster.  One minute he's standing beside Diane Arbus and being photographic, moments later Anthony Bourdain cooks his last meal.  John Levy uses cultural icons and celebrity to help weigh the moment, as a diving board, a particular short-cut to your brain - and once there he jackknives right into your poetry sense of ability.

How Diane Arbus Would've Photographed Me

Say she happens to be in Tampa when my
family is staying at a hotel there. Summer of
'58, which makes me
six or seven. She's out by the pool.

She likes pools, just as she likes beaches
and nudist camps, and positions herself
near the steps at the shallow end as I begin to
climb out. Surprised by the fully-clothed woman

with a big black camera around her neck I
stop, one foot on a higher step, water dripping down my face,
thin arms drooping at my sides. I have my mouth open
for that first photo, the one

she exhibits, as I look
into her camera
with no thought in my head that I should do
anything with the face I forget all about.

John Levy has the serious burn and we are happy to have him aboard.  Dexter Gordon would be proud of what Levy is cooking, Levy might even get Miles to smile.  Levy invites everyone to the world inside his poems, he invites them to play, to live it out like a tapestry of how it could be.

Levy writes letters to the characters he admires and employs, he admits himself directly into their lives.  This is marvelous poetry magic.  Today's book of poetry admires the voices Levy is able to conger at will, he inhabits them enough to be poetry truthful.

At this point a brisk solo by Louis Armstrong, listen closely, Levy is in there.

when I am reading a book and have
my hand on the page I notice my hand
as if it belonged somewhere
else, or to some other

being. Knuckles, veins, fingers,
skin, color, all peculiar and
as if also
by an author I'll never meet.

Silence Like Another Name invokes experience as a saintly charm.  Collectively these poems have a strong effect on the reader, the reader feels experienced.  Levy isn't afraid of the big question so death strolls in and out of the pages just like in real life.

In our first night in Ljubljana we were with family and friends.  We choose a resturant with a patio, the weather was excellent, we were seated as though we were old friends of the chef, we had excellent wine and excellent food and just as we were about to enjoy our excellent deserts the sky opened with fireworks.  It felt like the fireworks had been arranged and orchestrated just for us.  John Levy's Silence Like Another Name presents dire from time to time but Today's book of poetry felt optimism in the air with these poems, much like Ljubljana.

John Wilson writes, in an Introduction
to a book of essays on Robert
Creely, of Creeley's later

"Death frequents the poems, but the intense
loneliness
of the earlier poetry

has subsided." Of course those are my
line breaks. The use of
frequents

as a verb
isn't
unusual, but somehow

gets to me. Wilson
continues and quotes
part of a poem by Creely about his late

mother, "Mother's Voice." Creely begins
by saying it has only been a few yearss
since she died and he can hear her

say "I wont want
any more of that." Paraphrase
the poem. No.

twice, once in Canada giving a reading and then
30 years later in Tucson giving another. Now
he

frequents death, if it makes any sense
to use that verb.
I bought every book of his and

double copies of several, thinking
I'd use one to mess up with notes
and leave its double pristine. I always wanted

more of what he offers, still do. Where
he frequents, in his poems, doesn't
subside. At 66 I recall being about 21

in a small house in Seattle that someone made
into a bookstore. Alone in a room I found
a copy of For Love, a book I already owned,

and opened it again, facing the
corner, and while I can't remember
the specific poems I chose to enter I see its

We should all pay such lovely homage to our heros, to those whose steps we now try to follow.  Today's book of poetry thinks everyone should read some John Levy.  Start with Silence Like Another Name and then, like me, start hunting for the rest.  The man can burn.

Today's blog/review was written with Sacramento poet Richard Lopez and Norwegian poet Dag T.
Straumsvåg in mind.  Both of these men swim beatifully in the same waters as John Levy, we should all be so lucky. 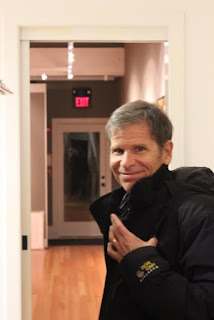 Later, Levy began to read e. e. cummings and at age 15, after finding a book of William Carlos Williams poems, began writing poems.
Levy graduated from Oberlin College in 1974. He worked in a factory that summer and earned the money to fly to Kyoto, where he lived for a year and a half. For six months he worked as a waiter and dishwasher with the American poet Cid Corman in a coffee and ice cream shop Corman had started with his wife Shizumi. He briefly returned to Arizona in early 1976, where he was a poet-in-residence at a private school (K - 12) for a month, having been awarded a grant by an arts commission. Levy then moved to Paris where he lived for just over a year, earning his living by babysitting a young Canadian boy and by working as a personal secretary for a retired diplomat.
Levy published his first collection of poetry, Suppose a Man, at the invitation of James L. Weil, publisher of The Elizabeth Press. Weil also published Levy's second collection, Among the Consonants (in 1980), and Weil became a generous and supportive friend until his death in 2006.
In 1980 Levy moved to Tucson and continues to live there. After moving to Tucson, he worked as a carpenter with a high school friend who had started his own construction company. From 1983 to 1985, Levy moved to Meligalas, Greece where he taught English as a second language at private language schools in Kalamata. After returning to the United States, Levy took up the study of law in 1988 at the University of Arizona College of Law. After graduation, he clerked at the Court of Appeals (1991-1992), then undertook a solo practice for three years (doing both criminal and civil work). He then joined a small firm that specialized in plaintiff's securities fraud class action cases. In 1997 Levy joined the Pima County Public Defender's Office, where he has worked in the felony trial division (except for a nine-month stint in the appellate unit).
Levy's poetry has appeared in various poetry magazines in the United States and in England, and has been anthologized in How the Net Is Gripped (Stride Press, 1992) and A Curious Architecture: A Selection of Contemporary Prose Poems (Stride Press, 1996), both anthologies edited by Rupert Loydell & David Miller.