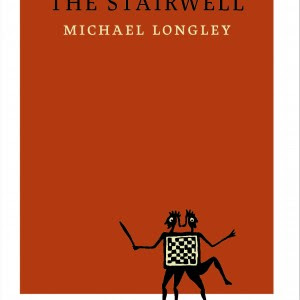 He remembered at Passchendaele
Where men and horses drowned in mud,
His bog apprenticeship, mud turf,
Shovelling mud up out of the drain
Onto the bank where it dried:
Mud turf kept the home fires burning.

Today's book of poetry liked this book and wanted to share it with you.  The question for me is how to talk about poetry that I only partially understand?

Well, it happens all the time.  We here at Today's book of poetry plough through and learn what we can.

Michael Longley knows his Homer, is well versed in all things Iliad, and in The Stairwell, his tenth poetry collection, he uses these assets to help explore battlefields past and present, historic and internal, personal and universal.

These poems are crisp, clean and booming -- you can hear them echo in your ears as your read them.

The Horses of Rhesus

Odysseus yanked corpses by the ankle
And cleared a path for the horses of Rhesus:
They were whiter than snow and wind-speedy
And wavy-maned and very beautiful
And unused to treading on dead soldiers.

Longley sees the human bean drama dance played out on a grand stage and uses it to give the personal epic scale.  Whether he is talking about the horses on a Greek battlefield or of pushing the wheelchair of his twin brother this scale provides gravitas.

The Stairwell is full of hard tenderness.  The second half of the book is a series of poems about Longley's diseased twin brother.  These elegies are burdened by the ghost Longley carries.

I press the button at your funeral.
The curtains close behind your coffin.
Can you hear the wind in high branches
Howling at its angriest, a bellows
That kindles sparks in hillside clearings
And incinerates the whole woodland?

Today's book of poetry thought The Stairwell had an abundance of wisdom and wit as well as a few of those old Greek gits.  Memory poems swell to the girth of our imaginations, Michael Longley's passionate and emotional memory will richly reward every reader. 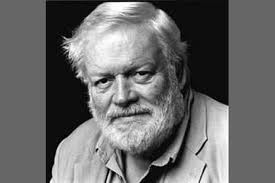 ABOUT THE AUTHOR
Michael Longley was born in Belfast in 1939, and educated at the Royal Belfast Academical Institution and Trinity College, Dublin, where he earned his degree in Classics. He worked as a schoolteacher in Dublin, London, and Belfast before joining the Arts Council of Northern Ireland, where he served over twenty years as Director for Literature and the Traditional Arts. He is married to the critic Edna Longley and has three children.


He has received numerous awards, including the American Irish Foundation Award, the T.S. Eliot Poetry Prize, the Whitbread Prize, the Hawthornden Prize, and the International Griffin Poetry Prize. He is also the recipient of the prestigious 2001 Queen’s Gold Medal for Poetry.
BLURBS
"A contemporary who should endure over the life of our language."
-  Donald Hall

"One of the most perfect poets alive. There is something in his work both ancient and modern. I read him as I might check the sky for stars."
-  Sebastion Barry, Guardian

"Of the modern writers who deal with conflict, I believe Michael Longley, whose father fought in the First World War, is the greatest figure we have. I carry his work with me to the war zones of the world."
-  Fergal Keane, The Times

"A keeper of the artistic estate, a custodian of griefs and wonders."
-  Seamus Heaney