With any book of poetry in translation it can be hard to know where the poet starts and ends and where the translator lives and breathes.  Kim Hyesoon and Don Mee Choi are apparently offering a masterclass because Sorrowtoothpaste Mirrorcream reads like one seamless crazygood incantation after another.

These poems whip by like the teeth of an excited chainsaw ripping through space.  Hear the hornet whisperwhine of the engine gone sonic and the whrrrrrr of the razor sharp teeth blistering the air.

From our vantage point here at Today's book of poetry these poems are tight balls of flame throwing projectiles in every direction.  Someone is going to get burned.

I work at a ghost school
In this neighborhood if you've been a ghost for over ten years you automatically become an
institutional ghost
I teach a class to the newly enrolled ghosts
(It's really impossible to disappear because of this work)
First, I have them carry a book on their heads and practice walking without touching the
ground
No one listens to what I say and there is no place to stand or lie down
I make them practice so they won't be shocked even if they leave no footprints on the
snowfield
I make them practice falling asleep floating in air
I teach them such things as how to overcome melancholy inside a coffin
how not to spew out hot air in the basement morgue
how not to turn into mummies even when a desert drags them away
I don't know myself, but I just say whatever comes out of my mouth
how to use a telescope or microscope made in the Time factory
how to have an out-of-body experience
how not to despair even when they become forgotten souls or when echoes doesn't return
how to wish that they could set something ablaze
how to rage into you as bright as the fireworks lingering in the night sky
can be found in the textbook, but I'm not writing it
how to sob hiding inside a song
how to hold their breath hiding inside the sobbing
how to flow with the flowing people then spur themselves up to the sky sobbing like a tree
how to erase my body's margins and become an adjective
as the sounds from a brass instrument navigate like planes taking off
and therefore how each day becomes fainter
are all in the magic that has been passed down
then I add
a ghost that takes revenge is low rank
a ghost that only appears in a night of sleet is middle rank
a rotten ghost luring a swarm of flies is high rank
a ghost that is like a cloud, a question, gas is high-high rank
and high-high-high rank, etcetera, which nobody knows about
All right then, shall we practice raging like spring snow
as if pulling out the left wing first from the body where swarms of flies have died?
Then I issue a warning to the ghosts who haven't done their homework
Damn! You can only become institutional ghosts after graduating from a ghost
school

Kim Hyesoon writes poems like a knife-thrower in a carnival and you are the one stuck to the spinning target.  She keeps sharp edges coming at you from every direction and with considerable speed.  You don't know which way to flinch.

Hyesoon throws out new ideas at the speed of your ability to read them, repeatedly.  I taste just a hint of someone who has read Yukio Mishima and liked him in spite of herself.  Also pretty sure she has read Germain Greer.

I look back as I leave
On Pig's back a sack of me, cloud-like
carrying the fickle shadow, jockey-like
Pig's legs finally gave out after spilling dark sweat
Not the best fitting tailored suit for me but
it shed ten-fingered flesh gloves and ten-toes flesh socks
On top of them tiny windows, fingernails and toenails
Someone's looking out the window

Hyesoon is a fearless warrior poet and I'm fairly certain she has broken down a few doors in South Korea with her feminist/Ginsberg like on occasion/rapid-fire rabbit-punching kick-in-the-pants poems.

Today's book of poetry has read very little Korean poetry and Kim Hyesoon is a revelation.  If this is in any way typical of what is going on in South Korea I would like to see a lot more of it.

My breasts might taste like the lighthouse
on an island far away from the mainland
or the island' prison, the taste of solitary confinement!
or the underground catacomb

(like the wavering sea, its wrapping paper ripped open)

(as if my body is generating my eyes)

The sound of swollen eyes inside the eye patches
hitting the prison wall bam bam!

Rats!  Pigs!  Marilyn Monroe!  Black bras!  Don Mee Choi has loosed a potent beast full of portent amongst us.  Kim Hyesoon is no walk in the park, Sorrowtoothpaste Mirrorcream is a smorgasboard of assaults on your senses.  Good on Kim Hyesoon.

These poems blast into your head like opening the first page was lighting a fuse.

ABOUT THE AUTHOR
Kim Hyesoon is a prominent South Korean poet who has received numerous prestigious literary awards. She teaches creative writing at Seoul Institute of the Arts. Her work translated into English includes three titles from Action Books, Sorrowtoothpaste Mirrorcream (2014), ALL THE GARBAGE OF THE WORLD, UNITE! (2011) and MOMMY MUST BE A FOUNTAIN OF FEATHERS (2008), the chapbook WHEN THE PLUG GETS UNPLUGGED (Tinfish Press, 2005), and poems in the anthology ANXIETY OF WORDS: CONTEMPORARY POETRY BY KOREAN WOMEN (Zephyr Press, 2006).

ABOUT THE TRANSLATOR
Don Mee Choi was born and grew up in Seoul and Hong Kong and now lives in Seattle. She is the author of The Morning News is Exciting (Action Books, 2010) and a recipient of a 2011 Whiting Writers Award and the 2012 Lucien Stryk Translation Prize. 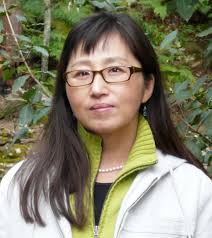 BLURB
"Her poems are not ironic. They are direct, deliberately grotesque, theatrical, unsettling, excessive, visceral and somatic. This is feminist surrealism loaded with shifting, playful linguistics that both defile and defy traditional roles for women."
- Pam Brown

NOTE
Today's book of poetry writes appreciations - for a genuine critical and informed look at the work of Kim Hyesoon you might want to look here;
https://www.guernicamag.com/interviews/williams_kim_1_1_12/