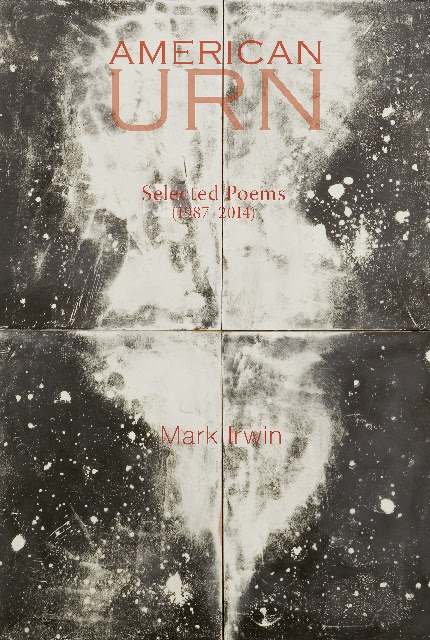 "Oh Jesus!" I muttered out loud, it was late and I startled my almost sleeping wife.  "What is it?" She responded in that startled almost sleeping voice.  "This poem, it is so beautiful and so sad, this is why I love poetry."

I was talking about this poem:

As I carried my mother from the hospital bed
across the room toward the chair by the window,
she played with my gold watch as if it were a toy,
flipping the strap up and down, then singing Giddyup,
Giddyup, but as I looked at her she did not smile
so I nodded my head, snorted, then put a pencil
in my mouth, as bit, and cantered about the room
till I was out of breath, puffing, and she patted me, saying,
Good boy, Good boy, so I pawed the carpet, slobbering a little
like her, as she waved and I nodded my mane,
until this was how we said goodbye one spring
while the sun shrank to a white hot BB among a thousand
others receding in the jeweled, black sky as the rivers
galloped away with her breath through the dark green land.

Mark Irwin's American Urn gives us a tasting menu of twenty-five years of poetry from one of America's most honoured poets.  American Urn is James Taylor's "Steamroller" - Irwin is laying down a seamless path.  These poems are a rich and subtle accounting of our last century's terrible beauty.

On page after page, in poem after poem, Irwin explains some dark lesson that only required his light touch to illuminate.  Remember that word, illumination.

Passion is a word I usually reserve for my timelessly patient partner in crime, K.  But I'll bring it out for Irwin.  These poems are bursting with a fierce intelligent passion.

No, wait, I mean compassion.  American Urn is a passionate plea for compassion.  Mark Irwin's vision is intensely humane and American Urn can be seen as a new primer.  It should replace every Gideon's Bible in every motel and hotel in North America.

Elegy (with Advertisement)
Struggling to Find Its Hero

It was a century in which we touched ourselves in mirrors
over and over. It was a decade of fast yet permanent
memories. The kaleidoscope of pain

some inflicted on others seemed inexhaustible
as the positions of sex, a term
whose meaning is as hybridized as the latest orchid. Terrorism

had reached a new peak, and we gradually
didn't care which airline we got on, as long as the pilot
was sober, and the stash of pretzels, beer, and soft drinks

remained intact. On TV, a teenage idol has just crawled, dripping wet,
from the top of a giant Pepsi can, or maybe I imagined it,
flicking through channels where the panoply

of reality shows has begun to exorcise
the very notion of reality, for both the scrutinized actor
and the debilitated viewer who becomes confused and often reaches

into the pastel screen for his glass, while down Broadway
sirens provide a kind of glamorous chorus
for this script of history where everything is so neatly measured

And there's a wobbly marble bench
beneath an out-of-focus tree on the Web
I like to occasion my body with.

How brief we've become in our speed
I think. How fast the eternal.
How desperately

we need a clearing, a place
beyond, but not necessarily
of nature. And the rain

was so deep the entire forest smelled of stone, then the sun
broke, burying the long shadows
in gold. And the wounded

king woke in a book long since closed, and the princess
came to in a bed so large
she could never leave. How desperately

we need a new legend, one with a hero, tired
though he may be. One who has used
business to give up

business, one who has bought
with his heart what we
sold with ours.

Today's book of poetry is a big fan of hope, even when draped in despair.  Irwin's smart mirth elevates these poems to something closer to psalms.

Unfortunately for you readers, Today's book of poetry concentrated on only the first few sections of these Selected Poems, not because we didn't want to expand our horizon but simply because I got caught up in his most recent poetry and couldn't get out of it.  The poems from Irwin's two most recent collections, Tall If (2008) and Large White House Speaking (2013), both published by New Issues Press out of Western Michigan University, kept me fully occupied.

Irwin gets so much right it becomes hard not to see him as some sort of Illuminati, some sort of Minnesota bred Michel de Nostredame, Nostradamus.  Today's book of poetry gets the impression that Irwin sees back and forth into time.

A wide prairie dotted with buffalo, finding some mountains.

A machine on a long track moving west: People in feathered

costumes. --Flags, a slaughter. Below, a war with this flag

and another that, as you turn the bronze, becomes a modern

riot. Now a metropolis and airport, a radio tower,

more cluttered--an ad for soap that will make you younger,

a tiny action figure staring into the distance, and an enormous

shine from I can't tell what, but could be the evening

with all its bright tons settling down over wheated fields.

There is rarely much in the way of total agreement here at our office but everyone was on board today.  American Urn - Selected Poems (1987-2014) is a must-have book for any poetry shelf or bedside reading pile.  This is must-read poetry.

If you don't like this book I will come to your house and read it to you until you do. 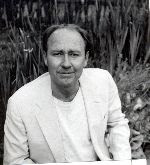 ABOUT THE AUTHOR
Mark Irwin was born in Faribault, Minnesota, and has lived throughout the United States and abroad in France and Italy. His poetry and essays have appeared widely in many literary magazines including The American Poetry Review, The Atlantic, Georgia Review, The Kenyon Review, Paris Review, Poetry, The Nation, New England Review, and the New Republic. A graduate of the Iowa Writer’s Workshop (M.F.A.), he also holds a Ph.D. in English/Comparative Literature and has taught at a number of universities and colleges including Case Western Reserve, the University of Iowa, Ohio University, the University of Denver, the University of Colorado/Boulder, the University of Nevada, and Colorado College.

The author of eight collections of poetry, including The Halo of Desire (Galileo Press, 1987), Against the Meanwhile (Wesleyan University Press, 1989), Quick, Now, Always (BOA , 1996), White City (BOA, 2000), Bright Hunger (BOA, 2004), Tall If (New Issues, 2008), Large White House Speaking (New Issues, 2013), and American Urn: Selected Poems (Ashland Poetry Press, 2015), he has also translated two volumes of poetry, one from the French and one from the Romanian. Recognition for his work includes The Nation/Discovery Award, four Pushcart Prizes, National Endowment for the Arts, Colorado and Ohio Art Council Fellowships, two Colorado Book Awards, the James Wright Poetry Award, and fellowships from the Fulbright, Lilly, and Wurlitzer Foundations. He lives in Colorado, and Los Angeles, where he teaches in the Graduate Creative Writing Program at the University of Southern California.

“Large White House Speaking is a book of startling marvels . . .Mark Irwin is one of our best poets, and this is his best book yet.”
- LAURA KASISCHKE

“Even as individual lines and phrases achieve a luminous clarity, there remains a brooding circularity to Tall If, in part the apprehension of mortality at mid-life but in part something stranger.”
- G. C. WALDREP, West Branch

“ . . . virtuoso performances . . . an intensity, an urgency about the evanescence of life and the various forces pressing on the human spirit and psyche.”
- PAMELA ALEXANDER, Field

“Subtlety of ear, of phrasing, of language altogether, and a light-play of feeling, disguise the urgency and evocative range of Mark Irwin’s grave sensibility. The richness and evanescence of the moment surface repeatedly in his lines.”
- W. S. MERWIN

“This is a book one wants to taste again and again.”
- JOHN ASHBERY

“ . . . a jagged, heartbroken, and ecstatic excursus on the late 20th century, a race through troubled paradise.”
- RANDALL WATSON, Chelsea