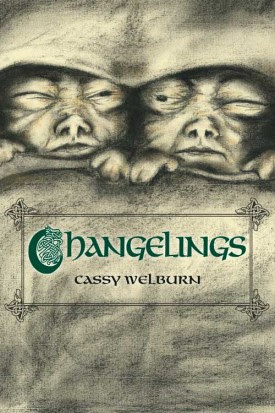 Cassy Welburn's Changelings reads like a book of incantations.  Welburn has an other-worldly noggin' and is translating these missives from languages we are yet to know.

These are deeply personal narrative poems that are attempting to make us see new worlds, better understand our own.

My thirteen year-old self comes unbidden
out of the sky,
always on the same strip of road
on the outskirts of memory,
coming right at me
cycling home from school
in the wide green spring,
birds chattering through the pedals
to the click and whir of wheels,
leaning over the handlebars,
her eye on me,
she startles with familiarity,
beckons me slowly
from my life of glass--
this state of emergency.

Nothing should be lost,
she says,
and I'm caught
on this path, this hill,
while my body
whatever age it has become
or injury sustained,
remembers
her centre of gravity,
the spokes beneath me
turning.

"in the wide green spring."  This is such a simple perfection, Welburn laces these poems with gems like this as though she were tightening her skates and about to do double-axles, score on a breakaway.

Todays' book of poetry was utterly enchanted by Welburn's poetry.  Although there are many voices at hand the reader always feels secure because Welburn's steady countenance cornerstone's every poem.

Welburn understands the universe and our small part in it.  These poems feel wise but hard won.

At a Morning Truck Stop

The waitress calls out orders
over the sound of retarder brakes
and exhaust,
will that be to stay or to go?

Men climb down from their
diesel bodies, pull off caps,
as heat goes picking its way
across the parking lot
looking for plunder--
the swollen bag the busboy leaves in the bin,
a squirrel's bid for freedom
before the lid clangs shut--
a young woman leaning against the tire
of her car to smoke, a map of her whole life
spread out on the pavement--
Will that be to go or to stay?

Her young daughter's small
round head peeks
up through the sun roof,
eyes blue and cloudless,
cheeks catching the air,
right here,
one small glimpse
of paradise.

These poems are aching to connect.  The characters Welburn inhabits and conjures flay themselves open to make that human connection, that moment where understanding reveals the hearts' intent.

Today's book of poetry was consistently surprised reading Changelings.  Reading Welburn is a bit like watching the high jump competition at the Olympics, the bar just keeps getting raised by one gloriously beautiful leap after another.  We forget that this flight is human effort as we learn to enjoy to the soar.

Wade in the Water

The drowning man
still has a hospital bracelet around his wrist
though the name is washed out.
I've changed my mind, he says
almost cheerfully
allowing us to pull him from the river.
A light jacket and pajama pants
cling in sodden embrace,
outline his lean bones.
Memory fading, he's aging
before our eyes, forgetting already,
why we are there.
They're taking my wife away,
he says, teeth beginning to chatter.
We have a blanket around him,
carry him from the cold current of his mind
into the lap of the present,
jolt him with questions, pull down his patience
take him back where he does not belong.
There's a river flowing, he says, I saw
it from the window. Reminds me of the
sound of my own blood.
I wanted to go down there,
you know how they dunk you,
let the river wash over you, give you a new name?

It's a dark and rainy morning here at Today's book of poetry, Pharoah Sanders is wailing away on the box, "Save Our Children", live, it's booming and I'm blog-happy.  Day after day I get these marvelous books of poetry in the mail and Cassy Welburn's Changelings makes for an ear-mark day.  Good poetry is something magical because it changes your view of the world.  Welburn casts a spell that is both desolately honest and human about our grim world and yet she manages to find hope.

President Carter is quoted in the last poem of this collection, the last two lines in fact.  I think it sums up Welburn's poetry and frame of mind:

"We are attempting to survive our time
so we may live in yours."    - President Jimmy Carter 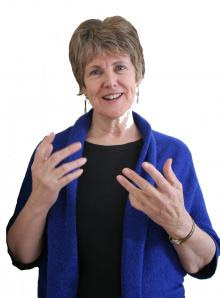 ABOUT THE AUTHOR
CASSY WELBURN is a poet and storyteller whose work has appeared in literary journals, anthologies and on CBC radio. She has travelled across Canada sharing her work at festivals, and for audiences of all ages. She works part time as a teacher to new Canadians and as Artist in Residence at many schools. She lives in Calgary, Alberta.

BLURB
“Cassy Welburn writes with insight and revelation, as she examines the nuances of personal story, transformation and healing. Her poetic narratives integrate strong images with lamenting vignettes. Welburn presents her reader with rich portraits of people and landscape, through a tight lens and then again through the optic of a hermetic breath.”

We here at TBOP are technically deficient and rely on our bashful Milo to fix everything.  We received notice from Google that we were using "cookies"
and that for our readers in Europe there had to be notification of the use of those "cookies.  Please be aware that TBOP may employ the use of some "cookies" (whatever they are) and you should take that into consideration.
Posted by Today's book of poetry at 8:24 AM