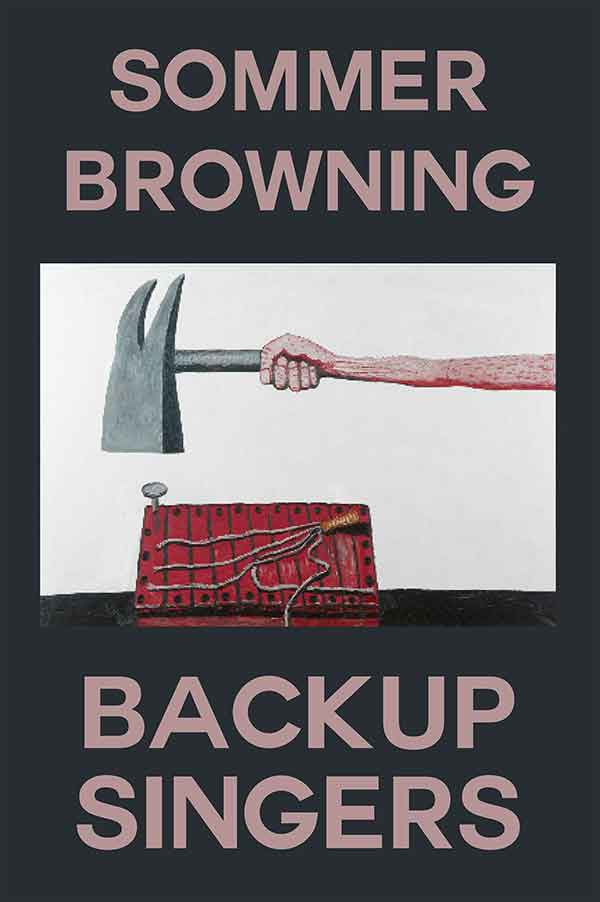 Sommer Browning has a world class sense of humour.  The poems in Backup Singers read like the liner notes off of a waitress's cheque book from a Tom Waits' song.  These little ditties are the shadows of the bullets, the echo of some footsteps, the raw retort to a loud nonsensical world. Browning puts together a slick patois for the language she is teaching us.

Backup Singers has a rhythm all its own.  Some of these poems sound like statements for the defense and others like screams from the prosecution.  But they all have the same intelligent urgency about them.

Browning makes juxtapositions by breaking the ankles of the opposition.  There is a pinball energy in these poems and it bounces frantic to connect all of her dots.

When I see a tree bend I feel the thick chill of a church pew
cooling my ass. When I hear the clang of a flag pole I see a
head, bodiless, chewing words on a screen. When I read the news
I see my baby smile at what's behind me. When I slice an onion
and when I tongue a blackberry seed I slide into a wet bathing
suit, when I run up the cellar steps I sing Bible songs, I cheat at
cards, the city coos to its drunks at night, and the city's shores by
morning flap strips of plastic spank the beach who's your daddy
is all anyone thinks and destruction, older than regret. The pastor
in the parish hall, hidden even as he shakes every hand, and the
fingers, open it up and here's the people.

At times Browning is almost sweet/surreal and we love that.  Today's book of poetry also found a couple of list poems in Backup Singers and you just know how much we love those.

When you were with Emily I was with Matt

Today's book of poetry was won over early by this crisp collection.  Sommer Browning has just become our favourite poet named Browning.  We did a straw poll in the office.  Robert may have been one hell of a Victorian with all his dramatic monologues, and Elizabeth the B. another, but we are Sommer Browning fans here.

there is a problem with your interrogative 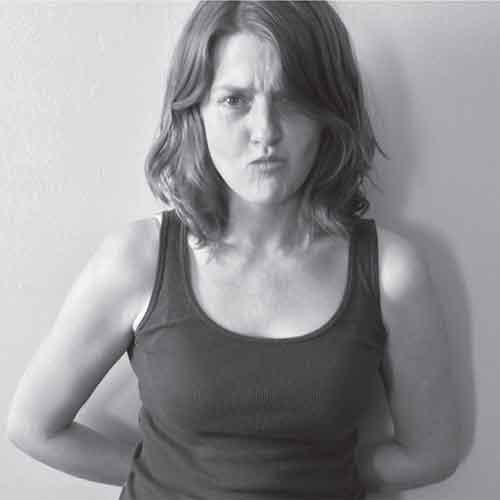 ABOUT THE AUTHOR
Sommer Browning writes poems, draws comics and tells jokes. She is the author of three chapbooks, most recently THE BOWLING (Greying Ghost, 2010) with Brandon Shimoda. Her poems and drawings have appeared in The New York Quarterly, Typo, Octopus, past simple, Free Verse, The Stranger and other places. With Julia Cohen she curates The Bad Shadow Affair, a reading series in Denver.

BLURB
There is an enormous amount of joy that comes with the announcement of a new work by Denver, Colorado poet and illustrator Sommer Browning, and the recent AWP in Seattle saw the release of Browning's second trade poetry collection, Backup Singers (Birds, LLC, 2014). Given the amount of her quirky and hilarious comics were utilized as part of her first poetry collection, Either Way I'm Celebrating (Birds, LLC, 2011) [see my review of such here], I must say that a book by Sommer Browning without comics is unexpected (and even slightly disappointing). Still, there aren't many contemporary poets with her penchant for tight lines and terrible jokes (Montreal poet David McGimpsey is a rare exception), and the results are absolutely stunning.