Today's book of poetry would like to say goodnight to
Judith Fitzgerald. 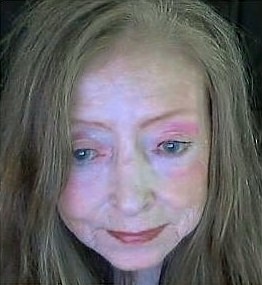 Ms. Fitzgerald died suddenly, but peacefully, at her Northern Ontario home on Wednesday, November 25, 2015 in her 64th year. Cremation has taken place. A Celebration of her Life will be announced at a later date. Judith Fitzgerald was the author of twenty-plus collections of poetry and three best-selling volumes of creative non-fiction. Her work was nominated and short-listed for the Governor General's Award, the Pat Lowther Award, a Writers' Choice Award, and the Trillium Award. Impeccable Regret was launched this year at BookFest Windsor to critical acclaim. Judith also wrote columns for the Globe and Mail and the Toronto Star, among others. "Her work is incredible...entirely inventive, deeply moving, and universally attractive." -- Leonard Cohen. For further information, to make a donation, order flowers or leave a message of condolence or tribute please go to www.paulfuneralhome.ca or call Paul Funeral Home, Powassan, ON (705) 724-2024.

I met Judith back in the late 70's at Artspace in Peterborough, Ontario.  Dennis Tourbin had arranged for Judith to do a reading at CityStage or perhaps even in the main gallery, I don't remember.  Dennis introduced me to Judith because she wanted to meet poets from Peterborough.  Judith was extremely kind and supportive from our first meeting.  It really was the first time I'd met a real published (with an established press) poet who had taken a genuine interest in my work.  We corresponded for a long time because writing letters is what you did back then and I miss getting and sending letters.  Now I'll have to miss Judith as well.

We were friends for a while and then fell out of touch like many people do.  I'd see a new book of hers and hope she was doing well.

It saddens me to the core when poets I know pass away.

Today's book of poetry wants you to remember her name, at least for today.