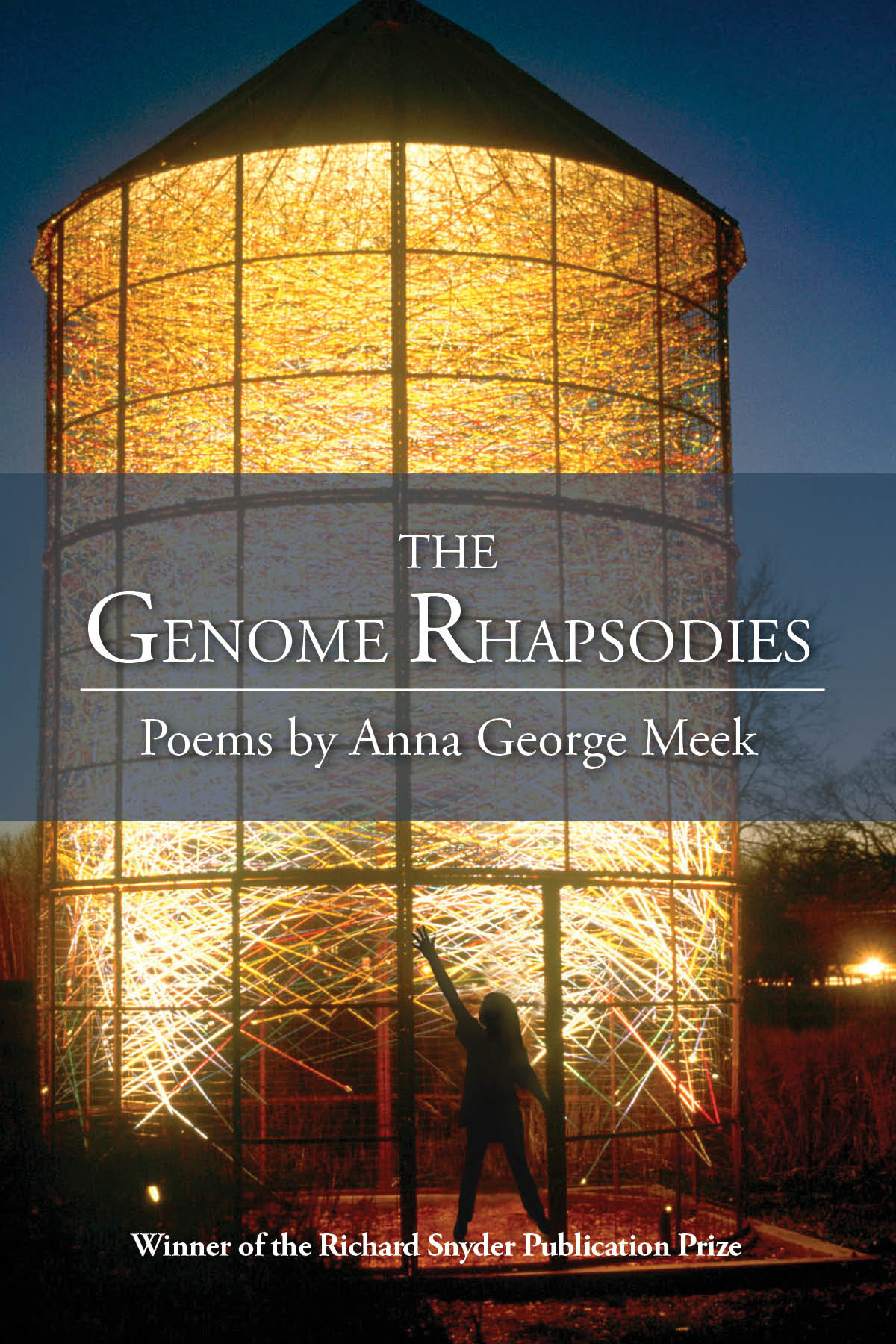 I inhabit lace, and delicate folds.
On my wedding day, I wear my father's
Swedish blond and shy face, and the skin
of my mother's dress. And she, years before,

in her mother's, and her mother's. The body fits
against heavy silk faille, horsehair crinoline, gores
and flares. Corset of bone. Before the bobbin,
before the vote. In my adulthood, I have been given
the shape of women I've never known.

A terrible force gathers in Germany, the year
my young grandmother holds lilacs to her hip.
From her honeymoon balcony, she leans over the parade

to spit into Hitler's hair. Startling
and translucent stuff, in half-story's half-light. The drape
of weighty public event under family memory's
inscrutable lace: these are hems that touch those

who still live, and must care for them. I have yet to clean
the stains from the old dress, my wedding now years
behind me. But it's impossible. When Brahms dies,

my great-grandmother marries, and the electron
is discovered. Suddenly,
atoms fill her skirts, and the second symphony
becomes the sepulcher of a man. Consequences of fabric

and accumulation. Women collect in the dress
the alterations of their various body sizes;
I know precisely where I stop short of my mother.
And how her shape becomes me.

Today's book of poetry is impressed by the range Meek has at the end of her magical fingertips. This poem about her wedding dress, "Heirloom," tells the stories of several generations in one elegant swoop, and we get some spittle directed to towards that terrible man. Beauty.

Many of the poems in this collection are labelled as "Bricolage" but all of them draw on a rich well filled with vast resources.

Muscle Memory
My husband is bathing our baby
in the clawfoot tub. She rides its pleasures;
the porcelain ocean swirls and slaps.

Not water alone, uterine longing, such glistening
muscle; in my daughter, a nautilus
where mind lives. Its chambers open
deep, each quiet curl of her neurons. Her body
rocks and leans into the silver underworld.

From the next room, I watch her
as I play the violin; its music wanders
the hall, the bath, where my daughter
doesn't realize she listens. I study
the curious ventriloquism of my hands/
Their fingers strike down like diving birds.

No longer able to speak, my father listens
to the music, eyes closed, and swaying.
Under his lashes, tears brim. He cannot remember
my name from my daughter's, yet always,

when he embraces me, his hands fall just so
between my shoulder blades.

I can hear my father's breath lifting and falling;
hear the pads of my husband's fingers
massaging the baby's skull. One day her body
will remember his hands, just so, and who I may be,

no matter. For a moment,
I lift the bow from the strings; sound
dissipates; rosin atoms spin away in clouds as they will.

Today's book of poetry is breaking our own three poem rule today simply because we couldn't decide which poems not to use. There was heated debate in the TBOP offices and it was only after I agreed to use all four poems that cooler heads prevailed.

I couldn't not use "Dracula's Housecat" which you will see in a moment. Milo insisted on "Muscle Memory" because he has a soft, soft heart under all those black clothes. Kathryn insisted on "Heirloom", she read it twice during this morning's reading. "Haunted House" found its own way to the table.

Dracula's Housecat
More lithe I am, and living,
than he who also hunts by night.
We whisper the fields where titmice quiver;
we sip black water from the kills.
I leap the grass blades, the air unsheathed,
moon the shape of my eye. He's quick
for a little bat, but I feast first:
mortality coils in my haunches.
I eat and bare my belly in bloodroot
to tease the lean eagles who desire me.
And still, the bat is suckling his corpse.
I would rip off his wings and roll his soul
immortality between my paws,
but he alone lets me in before dawn
to climb the castle drapes. Later,
I rapture in sunlight while he sleeps
in his box--which I have only once
misused. I love my warm body thrumming.
I love my delicious short life.

Meek strongly believes in the interconnectedness of all things, it's apparent in the operatic range of her curiosity. Anna George Meek is questioning more than she is answering in The Genome Rhapsodies but they are such interesting questions. She wants to understand where language comes from and where language goes when her father can no longer make words.

Meek takes it all on, the good and the bad and she makes good music out of it. As a result our morning read here in the office was a spirited affair.

Haunted House
The last owner of this body
still creaks the floorboards,
makes books and dishes fly
and smash against the walls.
She turns the lights on and off
at odd hours of the night.
I wish I knew what she wanted,
wish she would show herself,
and then I would understand her
slow destruction
of the place.

But we don't mind being challenged and were enthralled from the the start. Anna George Meek has some serious poetry chops. 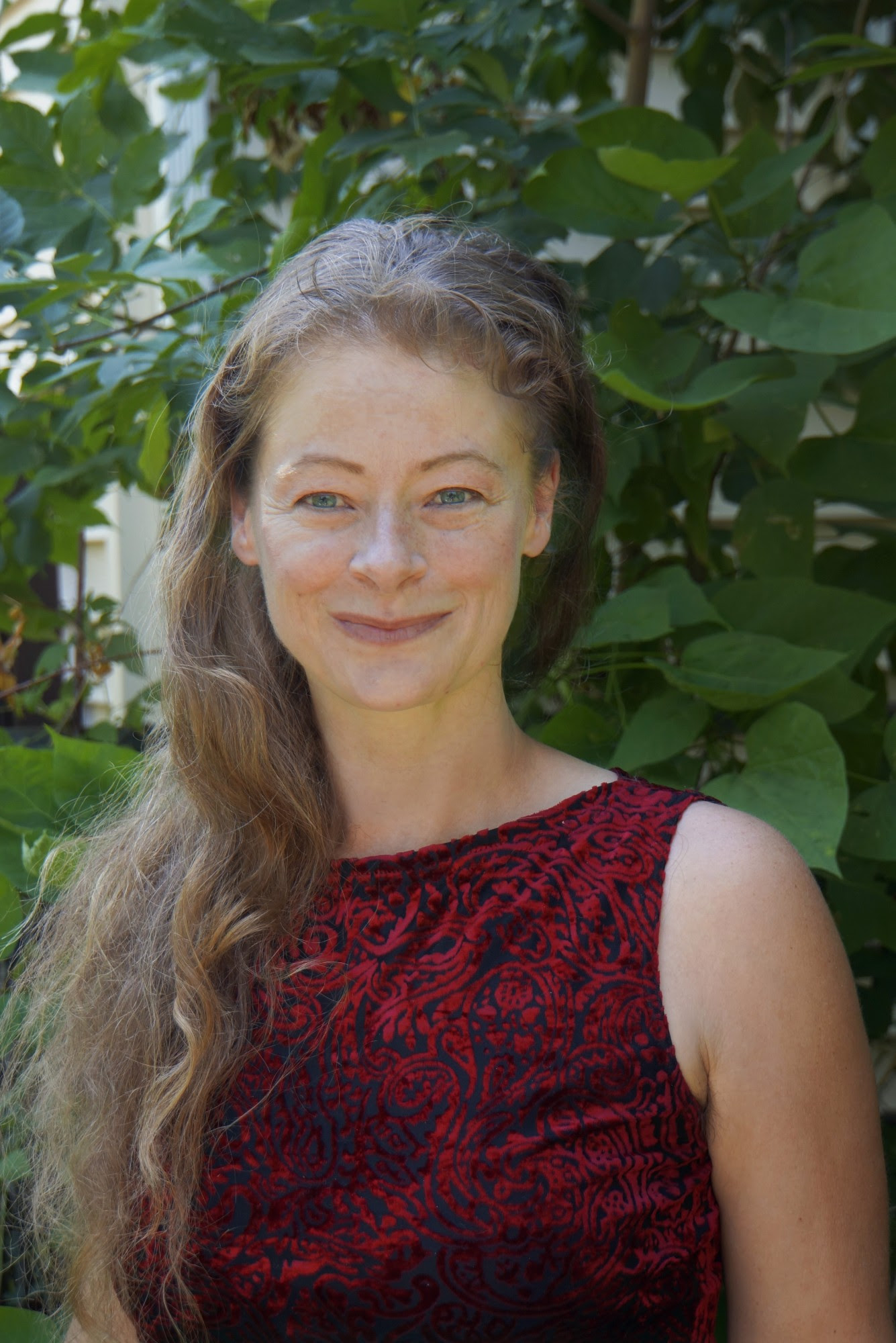 ABOUT THE AUTHOR
Anna George Meek has published in Poetry, The Kenyon Review, The Yale Review, Virginia Quarterly Review, The Massachusetts Review, The Seneca Review, The Missouri Review (where she was awarded the Tom McAfee Discovery Prize), Water~Stone, Crazyhorse, and dozens of other national journals. She is the recipient of a National Endowment for the Arts grant, two Minnesota State Arts Board Fellowships, and an Academy of American Poetry Prize. She has also been a finalist for the National Poetry Series (three times), the Minnesota Book Award, and the Yale Series of Younger Poets. Her first book, Acts of Contortion, won the Brittingham Prize in Poetry; her chapbook Engraved won the Snowbound Chapbook Competition and was published fall 2013. Meek lives with her husband and daughter where she sings professionally with the Vocal Essence Ensemble Singers, and is a professor of English in the Twin Cities.

BLURB
"The Genome Rhapsodies opens with Gregor Mendel’s question: 'What is inherited, and how?' Like strands of DNA, the syntax in these brilliant and moving poems intertwines with the infinitely recombinant moments and utterances that comprise our lives, revealing that what we inherit, first and finally, is language itself. … 'Try to Remember Before Language,' one poem urges us, but of course we can’t. These poems re-member us in language and reveal how the past becomes us, in every sense of the word; they are gorgeous, unforgettable works of art.”
— Angie Estes, 2014 Snyder Prize Judge

"There are moments in our lives when a veil seems lifted and the interconnectedness of the world is revealed. The Genome Rhapsodies seems born from these epiphanic flashes. Lacing her own poetic voice together with a disparate array of voices and texts through bricolage, Meek’s poems explore the many forms of inheritance. As her poem built from her father’s lines, 'The Voice That is Mine and Not Mine,' points out: we become the words poured into us. Where we begin and end is not easily definable, after all, 'The boundaries of an organism are nearly always disputable.'"
—- Matt Rasmussen, author of Black Aperture, National Book Award finalist

"What makes Anna George Meek’s The Genome Rhapsodies so impressive is its honesty about and alertness to everyday experience: 'Dear sachet, dear cherished household hooks / and torch and toys, I am coming back a stranger / to the materials of being alive.' Her musician’s ear is particularly keyed to the bare-boned contradictions of life, such as nature vs. nurture, and joy vs. grief. American poetry could use a good dose of her tenacity, wit, and spirit. Meek is that rare poet who wears her heart on both sleeves."
— David Roderick, author of The Americans and winner of the APR/Honickman Prize.

"In Genome Rhapsodies we consider the basic components of the human body, the notes that make familiar music, and single memories composing the whole of memory itself. As the collection builds toward rhapsody, it is at first many other fine things: “The script/for an ancient story,” the verbal virtuosity and “dumb throbbing” of “derivations of grief” in violent times. Most often, Genome Rhapsodies is a linguistic bricolage in which meticulous focus on the micro juxtaposes with the macro to move us toward the hugeness of union. Anna Meek’s tone is intimate, erotic, and intellectual at once. Each body flows, she shows us, into the next body like “a plate of honey” both “sweet, and ominous.” We touch one another, whether we want to touch or not."
— Heid E. Erdrich, author of Cell Traffic, New and Selected Poems