Barry Dempster has been nominated for the Governor General's Award twice.  Today's book of poetry tackles Dempster's latest, his fifteenth book of poetry, Disturbing the Buddha from the formidable Brick Books stable.

Dempster is no stranger to Today's book of poetry, we have several of his titles on our shelves:

Today's book of poetry has been following Barry Dempster for a long time.  His books never fail to be good reads, this sort of intelligent diligence always delivers.

The thing with Dempster is that he has a polymorphous sense of curiosity.

First sip has a way of loosening
knots, those clusters of nerves
nagging like bow ties, cutting off
my breath. After a good swallow
my legs shred some texture - hushabye.
Knuckles shoo their useless k's.
From here on in it's one grand gush -
elbows turned to slush.

Be drunk, Baudelaire proclaimed,
the poet crowning. Evening bobs
on rambunctious little waves,
the bottle cradled in my arms
a conch shell, my brain well
on its way to a saint's gibberish,
surrendering my stevedore will,
my Calvinist settle.

The second glass has a bubbly
disposition, flirty, faster
than a somersault. By the third
the couch is surfing. At four,
I'm on the floor playing Kitty-
Kitty. Can't remember five. Come
morning, daisies will be growing
from my lips, my legs squirming
two feet from my hips.
I'll be nameless, like a beast
Adam forgot to add to his scroll.

Disturbing the Buddha is mature, 10,000 hour work.  There are no rough edges on these babies.   Dempster has worked these until they are smooth to the touch.

Dempster is comfortable exploring the word of God and the water-skiing prowess of a Barbie doll, Boy George is in here, the Thompson Twins as well.  Beatrix Potter too.  Dempster calls on an honour roll of guests and characters to flesh out his world view and he can be both playful and serious as a heart-attack in the same poem.

I decide to call them swallows,
liking how far out my lips go,
and then the reprieve, that o sound
an actual swallow might make
as it tightens its wings.
A swarm of them, not just a flock -  lassos
flinging themselves on distance.

The last time I fell in love it truly
felt like falling. One minute I was
throwing myself at the breeze,
the next landing so hard
even bone caved in. I lay there
shattered, tacking the sky
for explanations, swallowing
endless amounts of grief. Eventually,
I couldn't tell the difference between
a bird and the word. I wanted
to call it something extravagant
like disenchantment or self-destruction,
but settled on thud instead.

This morning's reading was held in our non-air-conditioned dungeon/offices.  No one had their voice raise much above a whisper for fear of the heat.  We kept the blinds down.  It was almost liturgical.   The quietly intense poems of Disturbing the Buddha are never sermonizing though, Dempster's poems find the ground between conversation and lesson and let you in.

from DISTURBING THE BUDDHA
5/ Wu-Men

The Great Way has no gate,
no buzzer, no knob, no
iron bars that only breath
can penetrate. It's an entry
wound, skin pushed to the limits,
like the Red Sea's shores. Look
at all the traffic - swallows
hugging their speed, cruise ships
shaking their Jell-O-green pools,
genies shooting
skateboard flares. One toe at a time
and you're through, propelled by
desire's tiniest thrust. One
juicy thought and your consciousness
explodes. It's where your loneliness
was already heading,
where stamps have been flying
on perforated wings. Forget
the foolishness of choice.
You haven't had an unconflicted thought
since your mother's breast morphed
into a plastic Goofy cup.
You knew then and there, fate
was an openness to
folly. the Buddha so
disturbed, his belly rolled
across the lawn like a
freshly fallen orange.

Disturbing the Buddha is another in a long line of very satisfying books of poetry from Barry Dempster.  This is how the pros do it. 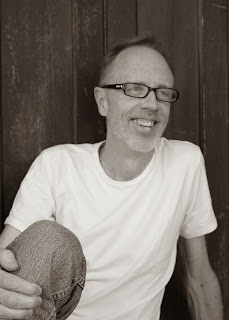 ABOUT THE AUTHOR
Barry Dempster, twice nominated for the Governor General’s Award, is the author of fourteen previous collections of poetry. His collection The Burning Alphabet won the Canadian Authors’ Association Chalmers Award for Poetry in 2005. In 2010, he was a finalist for the Ontario Premier’s Award for Excellence in the Arts and in 2014 he was nominated for the Trillium Award for his novel, The Outside World. He lives in Holland Landing, Ontario.