When I Was Straight - Julie Marie Wade (A Midsummer Night's Press) 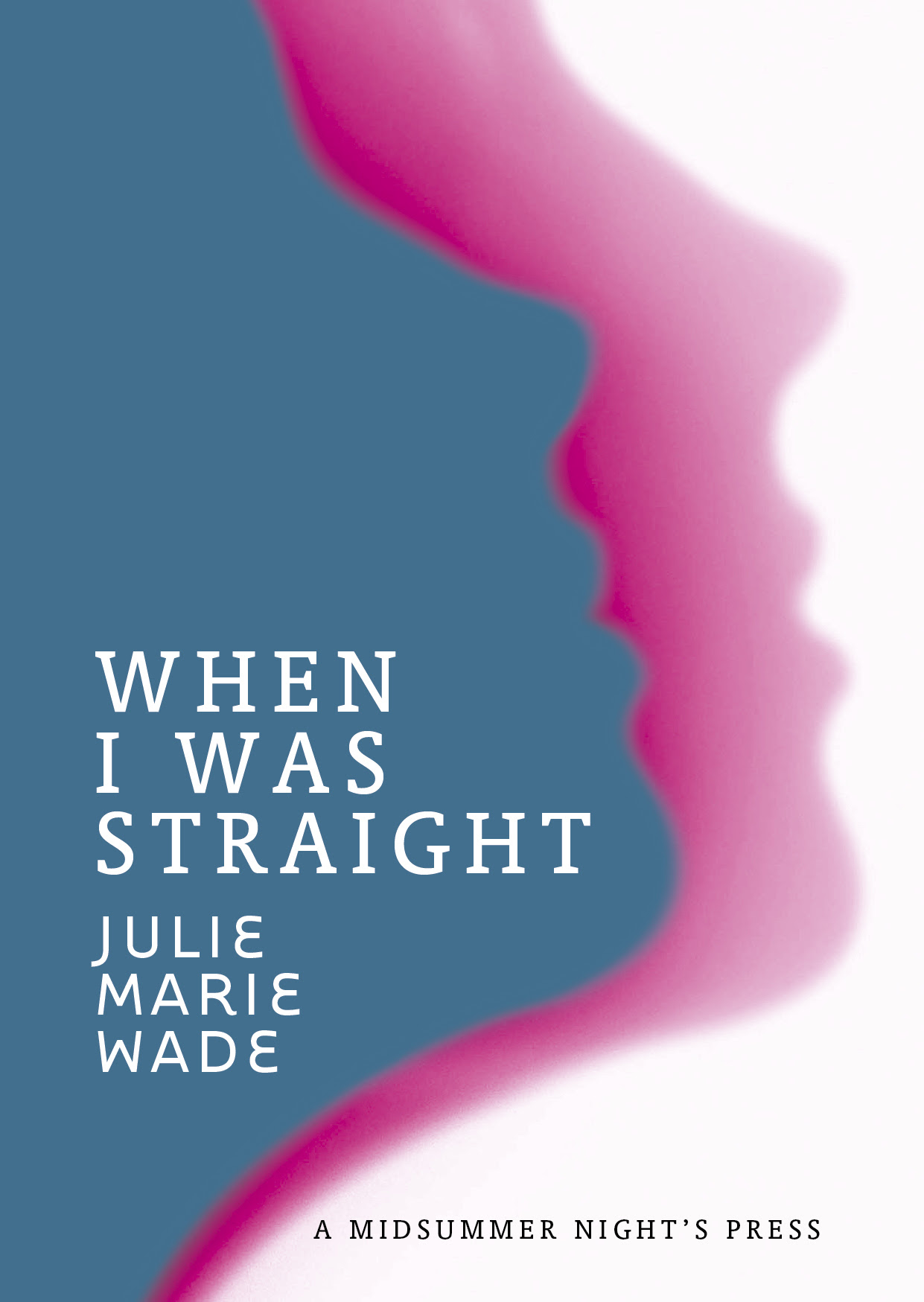 It's only every once in a while I get to read a book of poetry like Julie Marie Wade's When I Was Straight.  They just don't come along all that often.  Why?  Because writing one fine poem is hard work -- writing a book full of them is almost impossible.  Wade never misses a beat, if she were shooting arrows the bullseye would be full.

When I Was Straight is a teeter totter of excellence, a balancing act of humour and pathos.  Wade marches right into the middle of all our misconceptions about what it is to be queer and comes out the other side in full pride stride.

When I Was Straight

Everything came to me vicariously -- a promise,
a post-script, a preview of coming attractions.

Desire a quiet rumour that rippled through the halls.

At the cinema, someone always paid for popcorn, a soda
with two straws, little licorice candies.

I loved to sit in the back row & watch
till all the credits rolled.

"You have a gift," the blond boy said, "for stalling."

Later, in a twin bed in a college dorm, I spoke without
thinking--
"I like you. Let's get this over with."

His pink mouth amazed, so wide & round.
"Did you hear what you just said?" he asked.

I hadn't been listening.

These confessional poems are as celebratory as they are sensational.  Wade is so damned charming and at ease in the world that the big declarations she is tattooing into your senses don't hurt a bit.

Julie Marie Wade might have also considered a career as a stand-up comic because her timing is Rolex and her punch lines all George Foreman.

Today's book of poetry was entertained at every turn.  Wade is wicked smart and it shows in every poem.  She never employs the heavy hand but we are certain she has one when needed.

When My
Mother Learns
I Am A Lesbian

At first, silence, & then a thud of breath as if
her throat has slid through the chute of her lungs
& landed, heavy -- like a stone -- like a sword
lodged suddenly inside it.

"This explains why you don't wear make-up!" she wails.

I give her permission to lie -- privilege she takes
as right. I promise her nothing has changed except
the second chromosome of the body resting next to me.

She asks, not wanting the answer: "I suppose you have
to sleep in the same bed?"

- No, in sleeping bags, Mom, cocooned on separate couches
still wrapped in our swaddling clothes. -

I could have said it, but I didn't.
No tolerance for the Absurd.
My mother's voice, all tissue paper & cellophane,
turns tearful, liquid in its pain: "Where did we go wrong?"

I want to tell her not to forgive me, plead through
the twisted wires that she will not waste her prayers.

I watch out the window, sigh.
Already prayers are streaming up the sky.

We had a splendid read in the Today's book of poetry offices this morning.  It almost feels like spring in Ottawa today and our winter crazy staff are now willing to suspend their disbelief.  Everyone intoning a brief incantation of "please, no more snow!"

So, it was high stepping optimism ruling the floor this morning with Julie Marie Wade's When I Was Straight providing the fire and gender works.

When An Old
Classmate Learns
I Am A Lesbian

"Oh my God! I knew it! I always knew it. I was
like Julie is so gay, & people were like oh,
whatever, you just think everybody's gay because
it's an all-girls school, but I knew I wasn't gay, &
I knew most of those girls weren't gay, so I was
like fuck you, Jasmine, go suck on one of your
Jolly Rancher rings! Do you remember those?
So, how's it going? Do you have a girlfriend or
something? I have to tell you in college I had a
gay roommate, & she got lucky like every single
night. Seriously. I'd come back to the room &
there'd be some ribbon tied around the door,
so I'd have to hang out by the vending
machines in the lobby looking like a total loser.
I never saw the girls go, through, I guess they
must have gone out the fire escape or
something. Nobody thinks there would be that
many gay girls in Iowa, you know, but I guess
they're kind of everywhere now. Do you still
live on the West Coast or what? If I were gay
I would be like San Francisco, here I come, but
truth be told, it's kind of dirty. My boyfriend took
me there once -- we're actually engaged so
technically he's my fiance now, but you know,
he wasn't then, so -- we just walked around a lot &
got some of that good chocolate & saw the seals.
& I was like hey, isn't there some really cool old prison
that you can see if you take a ferry from here, & then
he was like San Francisco is full of fairies, ha, ha!
I hope that doesn't offend you. I mean, I thought
it was funny, but my boyfriend is like totally down
with gay people. He would really like you because
you're smart & it's kind of hot when a girl isn't
into you at all, you know? Well, I guess you would
want a girl to be into you, huh? So scratch that.
But I mean most girls are always trying to get with
him & then I have to be like whoa, hands off, that's
my man. Sometimes I think it would be so much
easier to be gay. It would just take all the pressure
off. I wouldn't have to get my hair done or worry
how my boobs looked, & if somebody called me
fat, I could just be like I'm a lesbian, douchebag.
I mean, seriously, do you even have to wax?

Wade has no qualms about using humour/sarcasm to get us where we need to go.  When I Was Straight is one of those books you need to get into the hands of every queer person you know because it will make them feel better about the world.  Then we need to get When I Was Straight into the hands of every straight person because it will make them smarter. 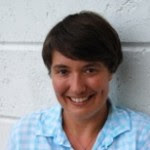 Wade is a member of the creative writing faculty at Florida International University and a regular reviewer for Florida Book Review, Lambda Literary Review, and The Rumpus.

She lives with her partner, Angie Griffin, and their two cats in Dania Beach.

BLURB
“Julie Marie Wade’s lush post-confessional poems are unabashed in their desire, tentative then bold in their knowledge. They’re sparkly talismans to transform and transport us, delicacies with creamy insides to fill us up. WHEN I WAS STRAIGHT is a profound ‘before and after’ examination of the self, complete with cultural and family commentary—delightful, heartbreaking, magic and real stories with a multitude of prepositions to guide us: a gifted young poet’s coming to, coming out, coming jubilantly back into self. ”
- Denise Duhamel and Maureen Seaton

We here at TBOP are technically deficient and rely on our bashful Milo to fix everything.  We received notice from Google that we were using "cookies"
and that for our readers in Europe there had to be notification of the use of those "cookies.  Please be aware that TBOP may employ the use of some "cookies" (whatever they are) and you should take that into consideration.
Posted by Today's book of poetry at 7:42 AM