You, Beast - Nick Lantz + The Lightning That Stikes The Neighbors's House - Nick Lantz (The University of Wisconsin Press)

Winner of the BRITTINGHAM PRIZE 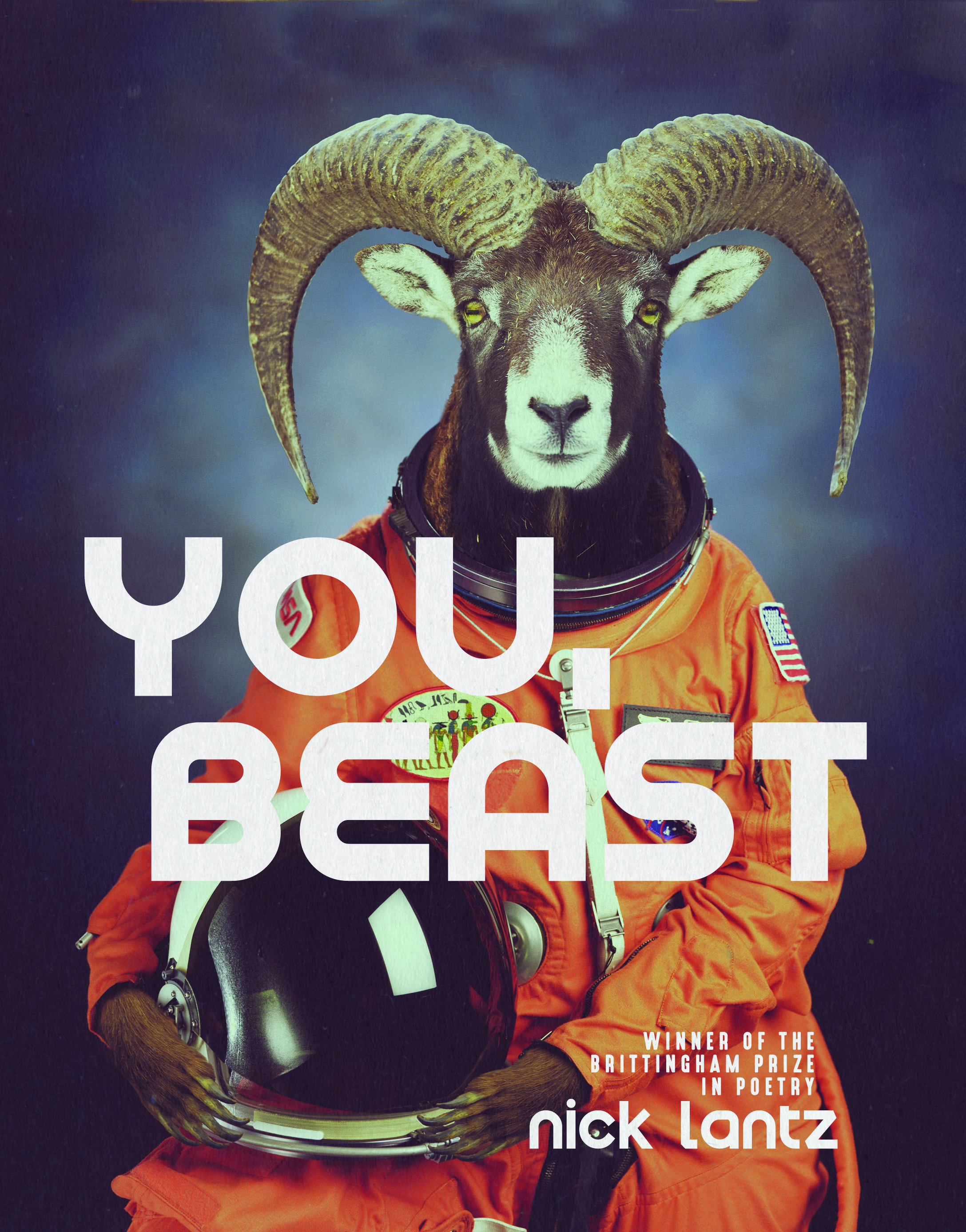 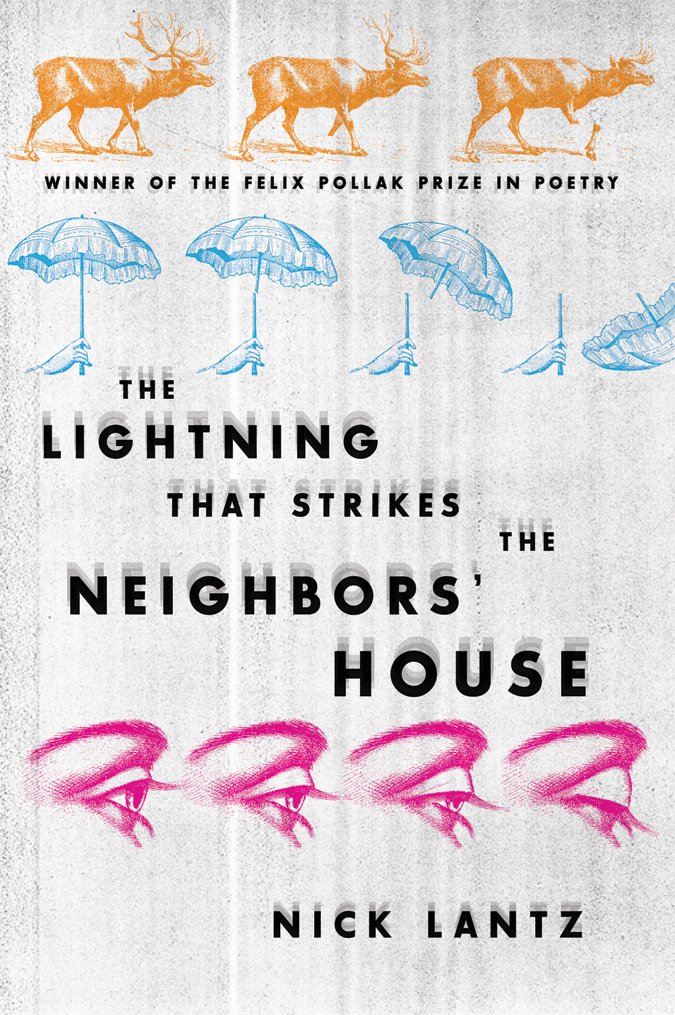 Today's book of poetry is throwing two books by Nick Lantz at you today and we're doing it for one reason:  Nick Lantz is a poetry monster.  He's a freaking King Kong Frankenstein Dracula Werewolf monster of the first order.  We are clumsily trying to tell you in the calmest manner that Nick Lantz has range, style and moxie beyond most mortal poets, his poetry is beyond superb.

Lantz is the king of juxtaposition, changing direction with machine gun speed but never missing a step.  The Lightning That Strikes The Neighbor's House and You, Beast are both stunning books of poetry.  Lantz is an encyclopedia, a yin/yang salesman.  Lantz is one of the most exciting poets we have ever read.

Based on True Events

So a dolphin gets caught
in a crab trap, then is rescued
and rehabilitated, but loses
his tail, or just flukes,
and is going to die probably
of heartbreak, but some kid
falls in love with him (or her?),
and the dolphin eats fish
from the kid's hand, music
swells, and the dolphin
is fitted with a prosthetic
tail and learns to do tricks
for the amputated soldiers
returning from a desert
(how can a dolphin
ever imagine a desert?),
and the soldiers say
what a huge inspiration
this dolphin is, so someone
makes a movie in which
all the above occurs
and in which the dolphin
will play itself (God, the name
they've given it: Queenie,
or Felicity or something)
and the movie title is a pun
about the dolphin's tail,
its missing tail that was lost
in some asshole's crab trap,
and everyone is crying
tears of joy as the dolphin
cavorts in the 60 x 60 tank
that will be its home
until it dies, and the dolphin
squeaks and jerks
its head, and who knows
what it's trying to say.

We all have them, the lucky cousins. Feckless, blessed.
One backed over by a bulldozer, treads

up to his chin.
Not a bone broken, not a bruise. Sunk in the soft mud.

What can be said about grace
that does not diminish it?
To play a drunk, the best actors pretend to be sober.
The street mime ladles water
from his leaky canoe.

Of the blind dog and the three-legged rabbit he chases, only
one can be lucky tonight. Our cousins race
every train
to its crossing on principle; it's no surprise they win.

If you had been born to different parents,
would your stomach still
be cratered with cigarette burns? Let us believe rain
follows the plow, that the luck
we earn is indivisible.

Let me believe that the porch security light recognizes
my particular shape approaching
the house at night.
Termites carry our poison back to their many cousins.

Canoeing under the broken
train bridge, we looked up
and saw a golden bird spray-painted on the belly
of the trestle, gaps of sunlight
punctuating the wings.

(The Lightning That Strikes The Neighbor's House)

Today's book of poetry is doubling up on the poems today because this double-decker of Lantz demands it.  The experience of reading the poems in both of these volumes is a little like watching the legendary Arturo Gatti/Micky Ward fights.  30 rounds of beautiful back and forth.  These poems never back up, for every left hook there's a right cross.

For every moment of scathing, blistering sarcasm, there is a moment of sublime tenderness.  Today's book of poetry just ate up Lantz's epic, episodic poem, "Toyland" from You, Beast.  Lantz clearly has a sustain pedal option on his wizardry and when he revs up his big engine sparks fly.

The Lightning That Strikes The Neighbor's House and You, Beast will convince you, dear reader, that Nick Lantz is writing from rarefied air.

This morning's read was twice as long as normal, no one wanted to miss a thing.  Poems this smart, fast and agile don't come along all that often.  The staff sat around trading poems with that look in their eyes, you know that look, the one we save for awe.

The five-year-old's drawing:
distended honeybee,
fuchsia-striped,
striding long-legged
through the tiger grass,
eyes wobbly dots of wax
searching for a flower
to bury his face in.

I could say it signified
the tidy apocalypse
of divorce, the slanted light
of a therapist's office,
but that wouldn't be true.

I always drew the stars as black
knots brooding over bruises
(they might have been bears)
that tilted their heads up to gulp
at greenish air.

When I got a microscope
for my birthday, the first thing I ever trapped
on a slide was a flea
taken from the cat's neck. I drew
its delicate hairs, its needle
mouth, those legs long as a dancer's
and still twitching.

When I walked down a street,
I saw every broken
window first, followed the line
of ants to the car-struck sparrow,
heard in the train's long screech
a voice calling a name that had lost
its shape.

Now my mother sends drawings
she's found in old shoeboxes:
today, a pair of wolves on hind legs,
forepaws on each other's shoulders.
"Dancing," she says, but I know
they're strangling one another.

You know how the old stories go: the peasant's hut
grows a little smaller every
day, the frog by the window
a little louder. It's a miracle we can sleep at all.

In the hotel room the night after
your brother's funeral,
we watched a bad movie about horses trained to jump
from a platform into a small pool
forty feet below.

In the first garden, the fruit didn't know when to drop.
So what if starvation is the only thing
that can make
the young albatross use its wings for the first time?

Why can't I be more
like the hermit crab, strutting
around the sea floor in an empty perfume bottle?

The news cuts in. The president
shrugs. So what
if your brother dies? Without the fox's teeth deep
in the hen's downy neck,
we would starve.

After the war, when Sherman took his evening walks,
the fence posts lay down
in the grass and trembled.
The horses, we're told, required very little prodding.

(The Lightning That Strikes The Neighbor's House)

Today's book of poetry started this blog primarily so that I could get my grubby little paws on more poetry.  Discovering new poetry has been a fountain of youth, a literal joyous balm.  But when poets like Nick Lantz walk through the door, well, that's when I love poetry most.

As an audience you Today's book of poetry readers must be getting to know my peccadillo's, tendencies and preferences.  You might even be familiar with my quite brilliant wife K.  K is an extremely polite and voracious reader.  She doesn't usually have much to say about poetry but this is what she said after reading Nick Lantz:

and then, as though he were right in the room:

"You've shown me what poetry can be!" 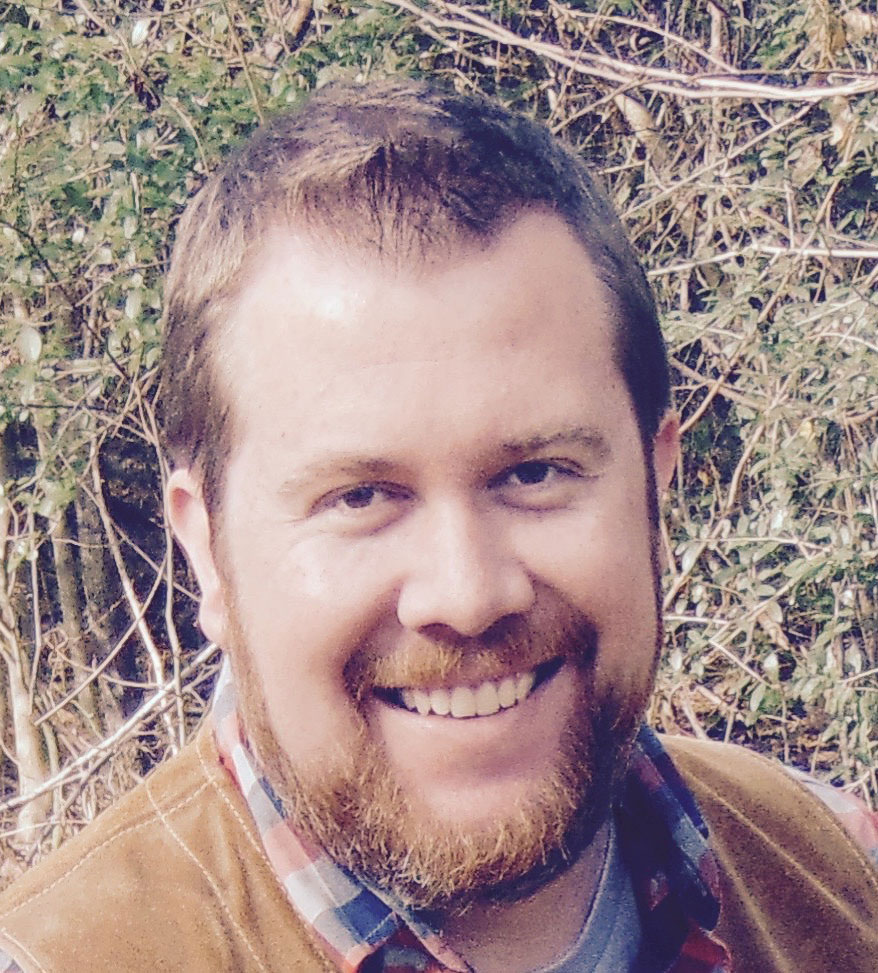 ABOUT THE AUTHOR
Nick Lantz is the author of The Lightning That Strikes the Neighbors' House, We Don't Know We Don't Know, and How to Dance as the Roof Caves In. He is the editor of Texas Review, cocurator of thecloudyhouse.com, and an assistant professor of English at Sam Houston State University in Huntsville, Texas. He has been a Jay C. and Ruth Halls Poetry Fellow at the University of Wisconsin–Madison and an Emerging Writer Fellow at Gettysburg College.

BLURBS
“Lantz gives us what we could least have anticipated, then makes it seem the most natural thing in the world.”
—John Burnside

“Poem by poem, book by book, Nick Lantz is becoming one of our time's best poets. He knows the blades and shrieks and pleasures and sweet sick twists in our human hearts, and this bestiary forces us to look, hard and long, in our own mirrors. 'Polar Bear Attacks Woman ... Horrifying Vid (Click to Watch)' is a poem for this moment in the way Auden and Yeats and Rich and Dickey and Komunyakaa gave us poems for their moments.”
—Albert Goldbarth

Here on Earth - Off The Mic - Nick Lantz
Reads "TheYear We Blew Up The Whale"
Video: HereOnEarthShow