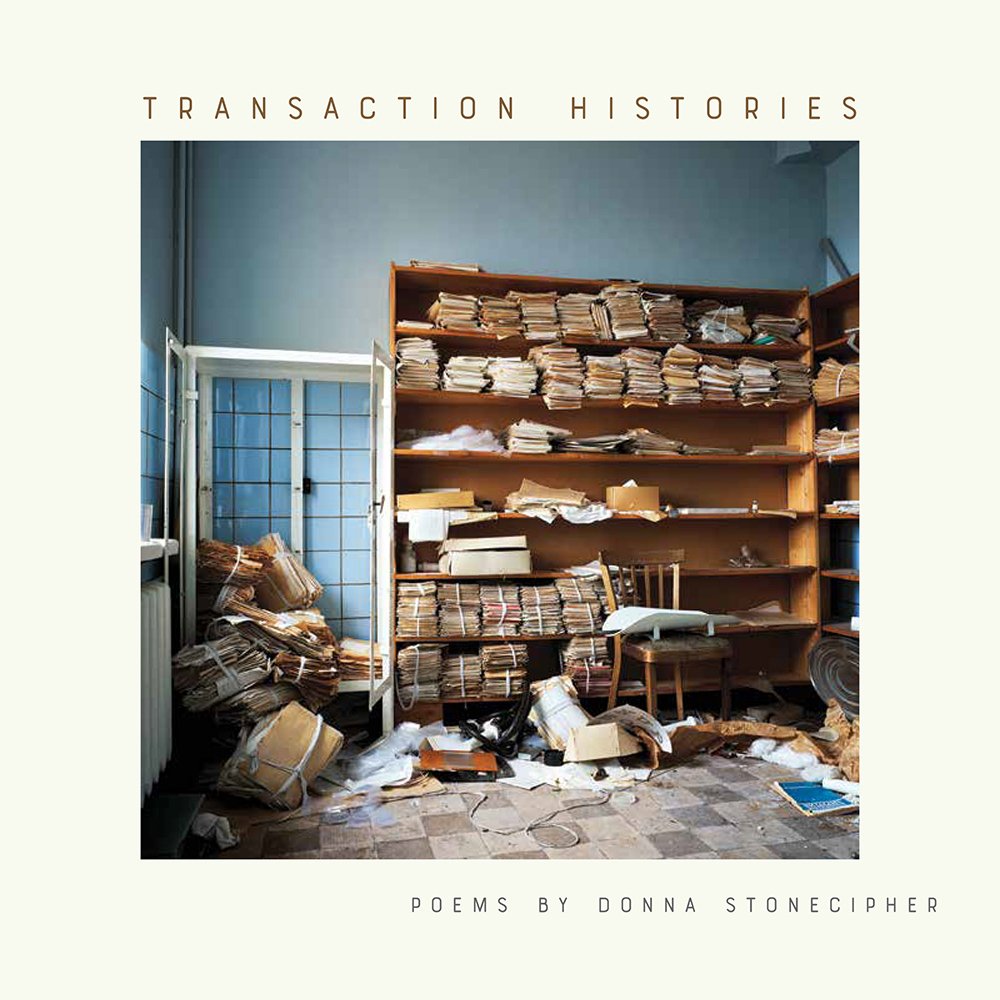 Today's book of poetry read Donna Stonecipher with our usual hopes; Today's book of poetry always wants to like the books we receive.  Stonecipher gave us no choice.  Transaction Histories is made up of several long poems, each of them made up of numerous numbered prose passages of similar length.  It's a tidy package and solid as a brick.  Stonecipher takes these microcosms and uses them to decipher the world; Willy the Shake, Normandy, history books, Greek temples, oceans of plastic, architecture, psychology.  Donna Stonecipher takes it all on and this was just a tiny, quick disassembly of the first few pages.

Today's book of  poetry has recently started taking on Michel de Montaigne's Essays.  Maybe everything will feel this way but Stonecipher's Transaction Histories is similar in its accessibility, the author's limitless and generous curiosity, and perhaps even a touch of the Socratic method.

The photograph of grains of sand magnified 200 times revealed microscopic works of art
— gold, rose, opalescent scrolls, gaskets, sugars — where we had expected only a consoling
beige monotony, the consoling beige monotony we always counted on when we came to the sea
with our troubles to be consoled. Our troubles, too, were like artworks: constructed with love over
time.

The grains of sand image was a brain tease and particularly apt because Today's book of poetry recently saw an enlarged photo of sand on the internet and was astonished.

Take a look as see if you can believe such beauty:
https://www.youtube.com/watch?v=k_JQTe09_YY

Stonecipher's foot never comes off of the gas, the deeper you go into Transaction Histories the more intimately things are revealed.  At times it feels as though the brilliant Stonecipher is trying to emotionally engineer some sort of new and beautiful language, a whole new template.

Found to be Borrowed From
Some Material Appearance 4

That night we saw her again: the blonde girl who shuffled through the subway cars crying
and begging, her scruffy dog clutched in a hug. Was she an actress, or truly a fellow damsel in
distress?  We were like vending machines that couldn't tell the difference between coins and
slugs. Grief is only too real to the Madonna Lachrymae weeping in paintings and statues all over
several continents, for those who know what real grief is.

Our morning read was hothouse sweaty as our offices have NO air conditioning and with the humidex it was 40 C or 110 F in the Nation's Capital when we ran this puppy into the ground.  Even in those torpid moments Transaction Histories regaled us with German translations about luck and happiness and mechanical Japanese cats.

An intellectual roller-coaster that Stonecipher seats you in when you open the cover.  This cat can burn, Transaction Histories is a totally refreshing encounter.  These poems illuminate, shine light and new thought where previously there was just the dark.

There once was a polar bear who didn't know that he was polar bear, because he'd been
raised in a zoo by people. What would a polar bear have to know, to know that he was a polar
bear? That's what the people would never know. All that winter, as we roamed around the
gingerbread town, we kept noticing how the snowmen's bodies were segmented like insects', and
how the new snows kept resembling other, older snows.

The beautiful young woman slowly realized that her beauty was a currency, but did not
know how best to spend it. "It is difficult to be beautiful for long," wrote Max Jacob. The young
woman read this and promptly forgot it. The Swiss chalets dotting the hillside did resemble other
Swiss chalets. The polar bear who didn't know that he was a polar bear had snowy fur reflecting
those regions where only our supercooled minds can go.

You were the one who wanted to ride the telepherique all day long that winter, to float up
over the Alps and then back down into the valley in an endless paternoster loop that would keep
cycling us in and out of the sweetest ether. If "architecture is frozen music," then "music" must
be "liquid architecture." the architecture itself was frozen: there were chalets trapped in aspics of
ice. There were insects trapped in aspics of icicles.

In another city, people flocked to the zoo to imagine owning a baby polar bear named
Flocke, whom they'd relinquish to her fate once she grew out of the phase in which they wished
to crush her snowy fur with bear hugs. "Flocke" means "snowflake." No two snowflakes are
alike. The wonder of uniqueness. The wonder of ownership. We opened our mouths to let unique
snowflakes explode all over our wondering tongues.

Wonder upon wonder, tongue upon tongue, Alp upon Alp upon Alp. One Alp resembled
another Alp. Gliding higher and higher on the telpherique, we felt we were at last one with the
Alps: encased in a glass eye floating up over the snow, all eye ourselves, our intertwining bodies
architectonically segmented into distance, ownership, and desire. The glacier below us was beautiful, beautifully, violently expiring.

But later, as we moved deeper into winter, I couldn't help noticing how your body was
starting to resemble a snowman's — it kept melting to nothing when I tried to hold it close. The
old man wondered aloud why some valleys fill with water and become lakes, and others remain
simply valleys. Eventually the young woman would know that beauty's currency was like any
other: useless if hoarded, gone when spent.

Today's book of poetry loved Donna Stonecipher's Transaction Histories and want you to love it too.  Why wouldn't we?  Emotionally engaging and accessible from the first page.

The reader feels smarter with every page they read.  That's about the best trick in poetry.

The game is on.

ABOUT THE POET
Donna Stonecipher is the author of The Reservoir, Souvenir de Constantinople, The Cosmopolitan, Model City, and Prose Poetry and the City. She lives in Berlin, Germany.

BLURBS
“[A] highly affecting work of imagination and sensibility . . . one often feels afloat in a world concocted and dreamy, there and not there.”
—Martha Ronk, The Constant Critic

“In the same way that architecture must abide by certain rules and regulations but can still create a thing of beauty, Stonecipher, by constraining herself to engineer within her own parameters, forms beautiful language and ideas.”
—Hamzah M. Hussain, DURA

“How many poets are there in the world that you go looking for online, checking regularly, even impatiently, to see whether and when their new books will be out? Not many. Among the poets whose work I anxiously await, Donna Stonecipher has long been near the top of the list."
—Michael Thurston, Massachusetts Review