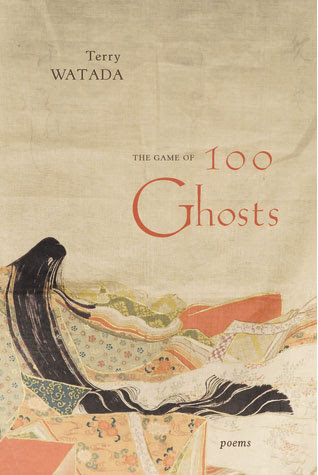 Official notice:  ANYONE who writes a tribute poem to Laura Nyro is going to get serious consideration here at Today's book of poetry.  We adore her.  We give all our new interns a Laura Nyro CD on their first day.  If they don't love Laura Nyro - we can't use them.

Terry Watada, in this nuaunced poem about his mother, moves close to the pinnacle of the pantheon of Laura Nyro admirers with his lovely poem "By a Chinese Lamp."

By a Chinese Lamp

by a Chinese lamp
in
my
mother's room

the   colours, flavour
and smells
of
Singapore, Kowloon
Macau

so soon  too young
she was gone
too     soon

the
things  she
missed with
such a   short life

her impassioned breathing,
poetry
on a
lover's tongue       children laughing
into
adulthood.  grand-  children
calling Buchan!
out of love and anticipation

the sauce of
conversation at dinner the loom
of darkness

weaving
the coat    of daylight


and
the music of Laura
Nyro

upstairs
by a Chinese lamp
i sit on the bed
to
contemplate
the    glow of her
absence.

Terry Watada's The Game of 100 Ghosts, Hyaku Monogatari Kwaidan-kai, is full of poems that ramble in the most wonderful ways.  It's clear Watada has purpose because he always seems to wrap up these memory journeys with precision.

These "ghost stories" unwind something like those large connect the dot puzzles we used to do as children.  There is nothing random in Watada's adventures, we are gathering points on an invisible grid, Watada will connect the dots for us when he deems it necessary.

Today's book of poetry was touched by Watada's gentle nod to the great Canadian Roy Kiyooka in the poem "Kiyooka airs."

And we were utterly smitten to discover a genuine Tom Waits fan in Watada.  Watada borrows some pace and some vernacular from living legend Waits to dance out a couple of poems where Watada gets to show his chops as a storyteller.

i see the blonde smile
in
the shrine of the
sun

and i fade away as Mike
goes on
his one-arm around June,
his best girl as she smokes listening
to Whitney                    on the radio
his other arm
on the steering wheel of
his dad's Oldsmobile

and Kowalski smiles
as
super soul
on KOW 980 screams

the last American hero
the golden driver of the golden west
ripped apart   the last beautiful free
soul on this planet.

darkness falls with a thud
can't
you see?
can
you not see?

Watada is searching for Coolsville and he's using a lot of ghost, past, present and future, to do it.  Some of his ghosts aren't dead yet but Watada is undeterred.

For flat-out reading pleasure The Game of 100 Ghosts got my goat.  It was like a Blue Valentine, an unexpected kiss.

A Game of Ghosts

at sundown
the evening
settled and everyone sat
in
a circle
around
a circle of candles.

in the brilliant
splintering   demise of
the sun,
the timid   wax'd flames

before the story-tellers
flickered

and sputtered
feasting
on air, awaiting
the smoke-filled  capsule-
bodies of
ghosts.

tell the first story, tell
the second,
tell the one-
hundredth

ABOUT THE AUTHOR
Terry Watada is a Toronto poet, novelist, playwright and essayist, and historian, musician and composer, with numerous publications to his credit. Five of his plays have received mainstage production. He contributes a monthly column to The Bulletin, a national Japanese Canadian community paper. For his writing, music and community volunteerism, he was recently awarded the Queen Elizabeth II Diamond Jubilee Medal. His published works include The Sword, the Medal and the Rosary (manga, 2013); Kuroshio: The Blood of Foxes (novel, 2007), Obon: the Festival of the Dead (poetry, 2006); Ten Thousand Views of Rain (poetry, 2001); A Thousand Homes (poetry, 1995); and The TBC: the Toronto Buddhist Church,1995 – 2010 (2010).

BLURBS
“For Terry, applause and gratitude, because he has held the people in his mind and his heart, and because he gave them back to us.”
—Joy Kogawa, author of Obasan

"A tour de force literary and conceptual achievement, The Game of 100 Ghosts reveals and further illuminates the Japanese Canadian sensibility. Terry Watada's passion, indeed his life's work, is to discover, recreate, and uncover the past lost through the silence of his parents and community. His literary and musical career has helped define what is best in Canadian contemporary culture."
—Anthony B Chan, author of Gold Mountain: The Chinese in the New World

"Terry Watada's 100 Ghosts surprises us with tales and imagery that are both haunting and real… It creates a safe harbour, a beacon of infinite light to gather those shunned shadowy thoughts and guides them safely out of the dark recesses of history and time. "
—Jim Wong-Chu, Co-editor, Strike the Wok: An Anthology of Chinese Canadian Fiction

"In this piercing collection, Watada’s concrete images take readers to places and people familiar yet almost forgotten, to give order and dignity to the mind’s constant struggle for clarity."
—Paul Yee, author of Teach Me to Fly, Skyfighter! and Other Stories

Terry Watada
reads at the Word on the Street Festival
Toronto, September 28, 2008