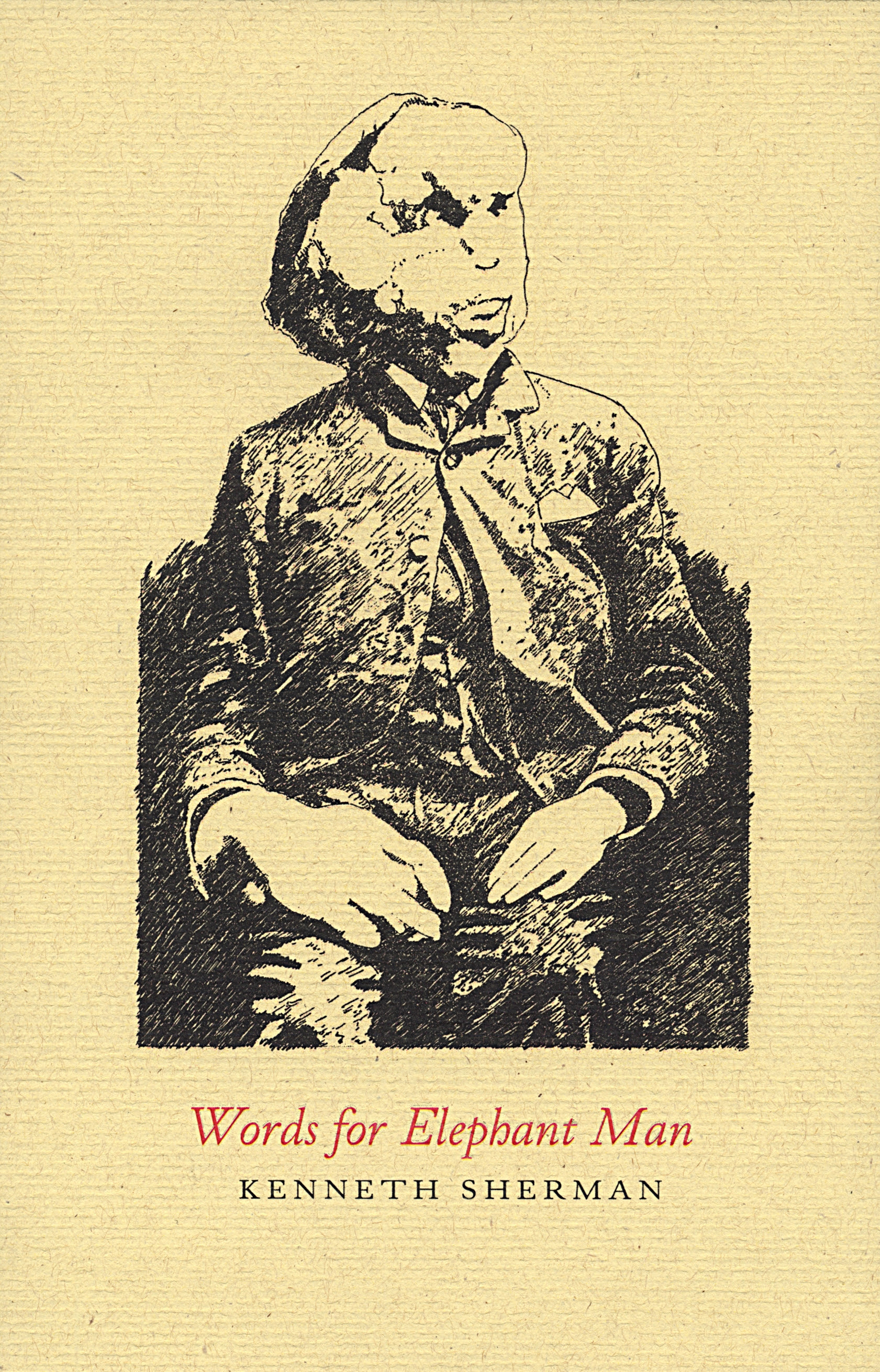 I've always thought that Words for Elephant Man belonged on that same short list as The Collected Works of Billy the Kid by Michael Ondaatje, Sid Stephens' Beothuck Poems and anything that went through Milton Acorn's hands - as sacred material in the Canadian canon.

Sherman's take on Joseph Merrick's voice is so human, humane and tender it is sometimes hard to bare his kindness  -  knowing what he knows.

The Only Electric Lady

As a young man, Tom Norman paid a penny
to see the 'Only Electric Lady':
sparks
flew like inchworms of light
from her body.
When he touched her hand
the shock of it
bolted him back.

Later, he discovered she was connected
(as was the metal plate under the damp
carpet on which the customer stood)

to an electric coil,
It was,
Tom said,
like seeing the soiled underpants of God.

For his first show, 'Savage Zulus', he
hired unemployed seamen
It was not the show,
he used to say,
it was the tale you told,

though with me he never had to say a word.

I was beyond metaphor,
my stench
cutting through the intricacies of fiction.

That is why when Treves came to see me
they had to fetch Tom in a pub,

the Only Electric Lady.

These poems bare witness to a stunningly sad tale, moderated only by Merrick's gratitude and gentle wisdom in the face of such eternal horror.  There is no anger in Sherman's Merrick, and the melancholy is usually on delicate restraint.

These poems give splendid voice to a misunderstood and misshapen man sadly afflicted with burdens beyond our imagining - and for many more a myth than a man.

None of us are capable of imagining the true horrors Merrick endured.  But these poems give Merrick a voice of reason, Merrick has a great lesson of humility to teach us all.  These poems are deeply moving and the well researched Sherman makes them vibrate with the resonance of truth.

The first one who saw me
dropped her tray and fled.
After that, I am sure it became a challenge -
compassion's final chalice.

The faces
of the younger ones are nondescript
like puffed-up pillows. They mostly
hold their breath
and turn the other way.

The older ones,
gaunt-faced, owl-eyed
from having seen
all there is to see
(so they thought)
turn
when I catch them staring.

whether they have become famous
on their respective streets
for having touched my sacred flesh.

I chose Words for Elephant Man by Kenneth Sherman as our 300th post for Today's book of poetry because this elegant edition by Porcupine's Quill is lovely and absolutely necessary for today's generation of readers.  Sherman/Merrick's beautiful reason is the sort of kindness we should all embrace.

It is evening.
The eyes of animals peer out
from the forest,
shiny and wet.

Too exotic for even their world
I sit on a black rock
which took wind and earth
aeons to create.

I am closer to the moss, to the
fungus
or perhaps to that flower
blown colourless
by today's storm

its stem bent,
it seems to be held up
by its crutches of thick leaves.

On the road back to the cottage
my moonlit shadow
limps ahead.

I will never catch
up with it,

I loved this stunning book when it was first published more than thirty years ago - it hasn't aged a day.  This is poetry that will fill your socks and then some.  Kenneth Sherman's Words for Elephant Man is a classic at Today's book of poetry. 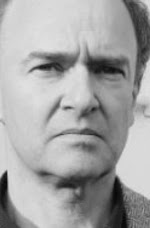 ABOUT THE AUTHOR
Kenneth Sherman was born in Toronto in 1950. He has a BA from York University, where he studied with Eli Mandel and Irving Layton, and an MA in English Literature from the University of Toronto. While a student at York, Sherman co-founded and edited the literary journal Waves. From 1974--1975 he travelled extensively through Asia. He is a full-time faculty member at Sheridan College where he teaches Communications; he also teaches a course in creative writing at the University of Toronto.

In 1982, Sherman was writer-in-residence at Trent University. In 1986 he was invited by the Chinese government to lecture on contemporary Canadian literature at universities and government institutions in Beijing. In 1988, he received a Canada Council grant to travel through Poland and Russia. This experience inspired several of the essays in his book Void and Voice(1998). Sherman, author of the acclaimed Words for Elephant Man, and The Well: New and Selected Poems, lives in Toronto with his wife, Marie, an artist.

BLURBS
‘While the story of the Elephant Man may be familiar to many, Sherman’s poems take readers to the heart of understanding the intelligent, tender-hearted man who lived within his “bales of skin.’ Containing etchings by George Raab, Words for Elephant Man moves beyond the reach of poetry readers, making it an essential book for anyone interested in Merrick’s life and times.’
—Jennifer Fandel, ForeWord Reviews

‘Better than either the movie or the play, Words for Elephant Man delves under the pitted skin of John Merrick before emerging with a masterfully articulate portrait.’
—Poetry Toronto

‘Sherman’s subject has produced from him poetry as bare and original as Beckett’s best. Merrick is, by deft and and incisive association, a crucified Christ, a creator full of irony and power, victim and victimizer, ‘the age’s Doppelganger/its underside/its Hyde.’
—Canadian Forum

Poems cited here are assumed to be under copyright by the poet and/or publisher.  They are shown here for publicity and review purposes.  For any other kind of re-use of these poems, please contact the listed publishers for permission.
Posted by Today's book of poetry at 11:00 AM