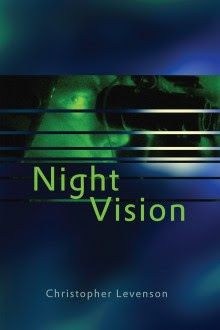 Today's book of poetry believes in reasonable full-disclosure so here is what you need to know.  In the early 80's I took a Poetry Workshop class at Carleton University that was taught by Christopher Levenson.

It was an entirely new world for me and I relished it.  Levenson was a great presence in the classroom and the course profoundly changed many of my attitudes about poetry.  I doubt Christopher had any idea how much I enjoyed the experience.  At the start of the year he gave the entire class a handout with maybe thirty assignments from which you would choose ten or fifteen, I forget the precise numbers.  I made it a point to do all of the assignments because I thought that would make me a better poet.  It certainly made me a different poet.

So, just to be clear, we here at Today's book of poetry think that Mr. Levenson's body of work stands with the best Canada has produced and that his name should be included in the general conversation about poetry in Canada far more often.

We are big fans.

Look into the eyes of jaguar or leopard:
they are so sincere.
As they crunch through the skull
of a gazelle they have just brought down
into the long grass and raise their blood-smeared jaws
from still warm innards,
you can tell they mean it.
Their gaze is so calm and direct,
they enjoy killing.
Likewise Hitler and Stalin:
all the world's great leaders can look firmly ahead
and not see you in the crowd,
not see the crowd.

Night Vision is easy to read as the deceptively astute Levenson rolls these poems  past the reader like an ace pitcher throwing nothing but fastball strikes.  These poems are organized conversations between Levenson and listener about things he thinks we should know.  He is correct.  There is a solemn steadiness, steadfastness, to this sort of wisdom.  There is nothing casual about this, this is craft at its finest.

"the ark is foundering." ends the poem "Zoos" and it might serve as the underlying theme of Levenson's Night Vision.  It is all too prescient considering the news today of the drowning deaths of several hundred refugees in the Mediterranean.  Levenson employs this sort of better-than-20-20-vision as he explores and explains the sad last century.

These are political poems without political party or pandering to any politic.  Levenson's authoritative voice cuts through mire and misdirection until reason prevails.

After the air-raid siren eerie calm:
assembled thousands waited
alongside Heritage Harbour,
standing as if in homage
while the first fanfares of light
rocketed up, dispensing
euphoria; excess
of red, green, white, blue
burst onto our waking senses;
smattering salvoes
cascaded in free fall
over the flared outline of the West End
and Stanley Park.
It was a wonder
I had not witnessed in such magnificence
since as a kid I jungled with flagging crowds
on VE Day in Piccadilly Circus.
But this time without noise. Even armadas
of small boats, barges, yachts
moved without sound as a barrage of shells
hollowed out consciousness, let loose
the great unshackled beast of our darkest fears.

For me the war zone around English Bay
brought back to mind Ypres and Passchendaele,
two stations of the cross
en route to nationhood.

Thousands fell too in the trenches
at Srebrenica, all males over fourteen,
hands tied behind their backs, herded together,
machine gunned, while in Sarajevo
mortar shells blasted the market
and scattered limbs were hastily swept up.
This was no way to cauterize
the wounds of history.

Karadjic by all accounts was
a friendly, courteous man, well-liked by neighbours,
a psychiatrist with a bent for the spiritual,
hiding for a decade behind the burka of
a Santa Claus face-saving beard.
With such a benign growth, who'd not assume
a priest-like holiness
in those calm eyes and all the talk of healing?

Thirteen years on, in his own mind,
he still felt the slaughter
totally justified, as needful as
mowing the lawn,
taking out the trash of genocide,
under an assumed name,
ethnic cleansing. For him now
the future also will be
a foreign country.
We have seen too many newsreels
where night vision goggles, trained
on the invisible, equipped
to reveal landscapes, bring us closer
to our enemies, facilitate
the kill, help us see our way
clear-eyed through a maze of horrors
to whatever action is needed
without the lightning flash of explosions
exposing settlements abandoned,
booby-trapped: we are poised
on a crumbling parapet
of time, liable each second
to plunge into the gullies.
These green shadows offer no safety.

Detached from loving homes,
become mere instruments,
we attain kinship, grow one
with hawk, weasel, hyena,
though we gag at what we see
in spite of ourselves.

Even the blindfold of faith
slip as we look upon
sprawled bodies of children
broken beside women,
old men, wantonly
split across lintels, their hearts'
blood defacing the courtyard.
It's a virus we cannot shake
that enters bone and bloodstream,
an unspeakable secret
we have signed on to,
memories and contours of
fear and revulsion at what
we had harboured within us,
what we could force ourselves,
or be forced, to do to strangers,
our fellow humans.
We cannot wait to see
the green flash withering
until what once were bodies
cease to accuse
in human shape, transformed
into mere skeletons.

War has become
our only faith, our one
communion. We have seen through
the night and know
it will return.

Levenson's keen intelligence has whittled many of our biggest lies into reason, rendered many of our fears down to common sense.  Isn't it amazing when poems can do these things.

Night Vision is Levenson's eleventh book of poetry.  It has been a steady flow of impeccably crafted and deeply human poetry.

The Land Of What If

Though it comes across as absent-mindedness,
the heart is at stake:
an affair that came between them
two decades back, a job offer not taken
in a distant, exciting city, a loved son
dead at twenty.

"Don't go there," consoling friends said,
"That's all in the past,
water under the bridge." But nothing
leaves without a trace. He catches himself in a sigh;
she, brushing white hair, thinks what she might have been
in another country.

So they did go there, became
permanent residents, invalids lost for words
in the land of what if.

These poems give no quarter.  They are harshly honest yet almost always tender.  Levenson's Night Vision is one of those collections, like all good books, that gets better with every reading.

These poems travel everywhere in time from the youth of a bombed out London to the present and the grim deserts of the Middle East to a catching a leisurely nap at the Charles de Gaulle Airport in Paris.  But they are all firmly rooted in the "what you need to know."

What I see and hear is my wise Professor writing oh so fine poems.  I loved this book.

Now everyone in our office has to read and love it too -- or they are fired.  There will be a test later. 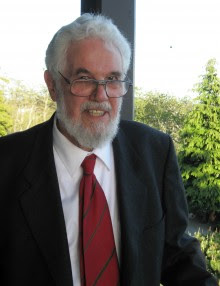 ABOUT THE AUTHOR
Christopher Levenson taught English and Creative writing at Carleton University, Ottawa, and now lives in Vancouver. He has ten previous books of poetry. Arriving at Night won the Archibald Lampman Award in 1978. He was co-founder and first editor of Arc magazine and series editor of Carleton University Press’s Harbinger imprint for first books of poetry.


BLURBS
"Christopher Levenson's masterful ability to reveal the ironic poignancy that invisibly envelops what others might only as ordinary "news events" emerges time and time again in Night Vision. It is a book whose vision penetrates the tragedies of world affairs so deeply that it becomes literally - and wonderfully - impossible to distinguish between the personal and the political."
-  Douglas Burnett Smith

"A keen moral intelligence informs this collections of poems, stretching back to Flanders Fields and the London Blitz then fast-forwarding to the terror in El Salvador, the nightmare that was Sarajevo. Levenson's imagery, propelled by his compassion, opens our hearts to a world in which our native residents, poisoned by mercury, "are tucked out of sight.../ with the bones of the buffalo."
-  Kenneth Sherman

"Christopher Levenson's poems in Night Vision touch both head and heart, connect history and landscape with the present, explore the respective powers of hatred and love - and do all that with a poignant, rigorous restraint that serves to power the passion behind the words."
-  Joan Barfoot

This is a link to an excellent interview of Christopher Levenson by Rob Taylor for Prism International:
http://prismmagazine.ca/2014/06/16/an-interview-with-christopher-levenson/