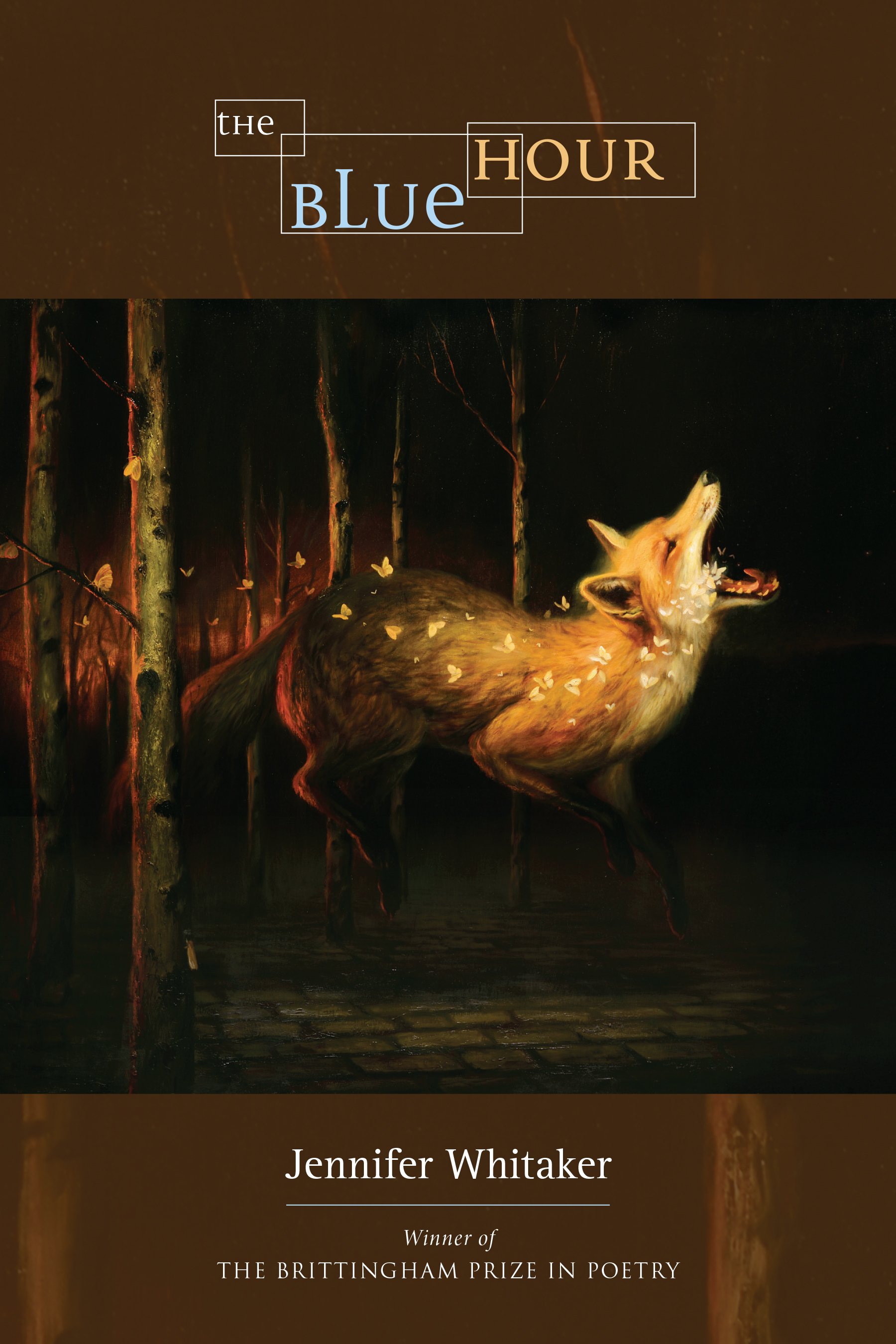 Jennifer Whitaker credits the seventeenth century poet Gianbattista Basile's Pentamerone as a big influence on these poems.  She doffs her hat to Frannie Lindsay, Christine Garren, Karyna McGlynn and Brian Teare's collection The Room Where I Was Born.

Jennifer Whitaker may have been influenced by these writers, we will take her word for it, she might want to include the poetry Gods though, they have shone down on her.  Whitaker makes it all her own despite whatever influence trails in these vapours.

The Blue Hour is incendiary, these poems are white hot and unless handled with care - they will burn you.

When I followed him to the river, I narrowed myself
to a needle's point -- the morning clear,

the cicadas' swelling hum a comfort.
Lures spread out carnival-bright on newspaper,

those feathers trembling. The day's catch usual:
fish too tiny left on the banks, a snake flayed open to the light.

The field beyond the river: the cattails bending
with the wind, those daffodils' pursed lips.

When rocks bit the backs of my knees,
the haze of insects crowding around us,

I didn't fight. I was older then. I wasn't scared;
I was tired. -- Back at home, I brushed my hair,
put on my clean dress.

Brutish and wickedly candid, Whitaker makes us believe these are fairy tales, and they are, of the grimiest sort.  The Blue Hours pour gasoline over a number of sad ballets and Jennifer Whitaker keeps throwing in the match.

These are horrifying poems laced with chilling beauty and delicately tender observation.  Whitaker infuses these poems with a weary sense of danger and foreboding.  Not even death will reconcile or console the demons left by this litany of orchestrated sexual violence.

The whole world swells
underneath the house;
old newspapers bloat
in their plastic skins,
a black heat damps
like the inside of a mouth.

I quit the whine that sent me here,
I crouch in the bright six o'clock dark
like a cave cricket, in its fear
and ricochet frenzy blind
and springing toward that which frightens,

that which could easily be you --

Kathryn, our Jr. Editor, was stranded on the distraught/angry/seething train after reading The Blue Hour so she excused herself from the morning read.  She sat beside Milo and didn't say a word. There were no smiles in our office as we solemnly read through Whitaker's violations.  I think the men felt guilty for being men, the women, some sort of kindred and justified outrage.  Everyone agreed the poems were Sterling.

I let things cool for a while after the reading, filled the office with some quiet Chet Baker on the box, later on some Billie.  There's a reverent quiet now, except for the music.

Far across the lake, on the other shore, the family takes off their hats,
loosens their neckties, unbraids their hair. There is a man and a woman,
a girl and small dog with soft ears. They board you
through the mist and stink of weeds. You pitch wildly.

Not until the shore's too far gone will they realize
the wood underfoot is rotten soft. Delicately,
like a slowly flooding room, it will dawn
on them: no one ever survives you. At sunset
they'll leap from your edges like flames.

Today's book of poetry wants to celebrate The Blue Room because this book is an achievement.  What a horrible, horrible world we inhabit that these evil fairy tales might be true.  Jennifer Whitaker takes us where no one wants to go and tries to bring us out clean on the other side, but great books leave a residue that stays with you forever.

Sublime and violent, and oh, what a cost to be wise. 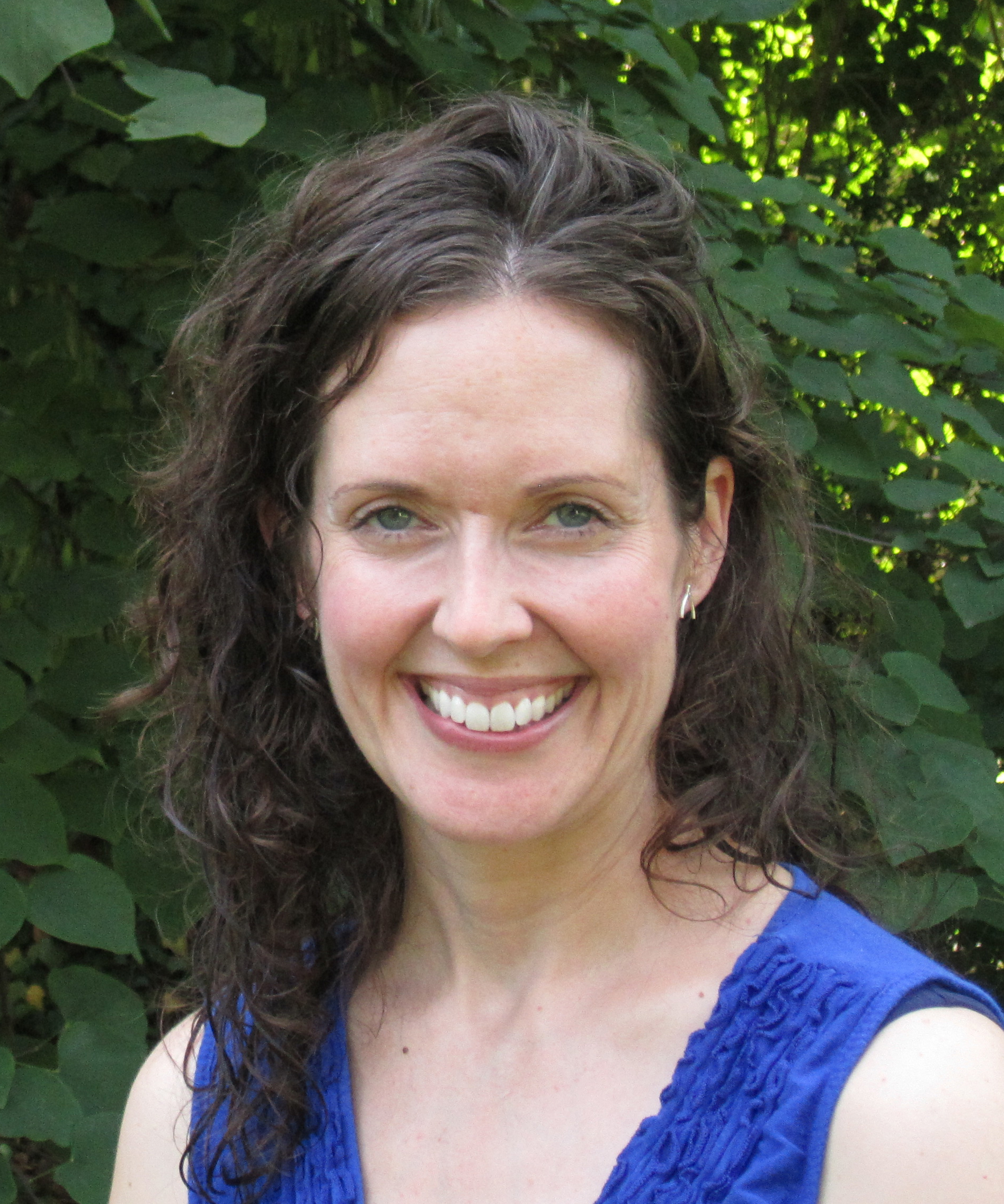 ABOUT THE AUTHOR
Jennifer Whitaker is the director of the University Writing Center at the University of North Carolina at Greensboro and assistant poetry editor for storySouth. This is her first book.

BLURBS
“Whitaker’s debut collection wrenchingly captures an abusive parent-child relationship in a hardscrabble, desolate environment where, for instance, feral kittens fight off flies. . . . And though what follows is hard-bitten and relentless, with the sure knowledge that every twinkling gift has its price, Whitaker writes with a richness and variety that offers sustained reading throughout.”
—Library Journal

“The Blue Hour casts a blue spell, using the tropes and gestures of traditional fairy tales—riddles, disguises, wishes, shape-shifting, entrapment, escape, and transformation—to trace a daughter’s experience of incestuous abuse. With language as sonically and somatically intricate as the subject she narrates, Whitaker looks unflinchingly at an ancient taboo and the infinite hour of its endurance.”
—Lisa Russ Spaar, author of Vanitas, Rough

“Whitaker’s skills with sentence and sound, with spare yet suggestive language, with telling juxtapositions, with metaphor and misdirection, make the unbearable bearable just long enough that it can be seen, contained, and transcended. These are riveting poems, hard won, from a poet of exceptional talent.”
—Jim Peterson, author of Original Face

“Chronicles a daughter in danger, a girl trapped in the dark underbelly of fairy tales. Predators—fathers, wolves, witches and their ghosts—drag us into the dark forest of sadism with no prince or woodsman in sight. Whitaker is a fearless poet whose subject is fear.”
—Denise Duhamel, Brittingham Prize judge