If There Were Roads — Joanna Lilley (Turnstone Press) 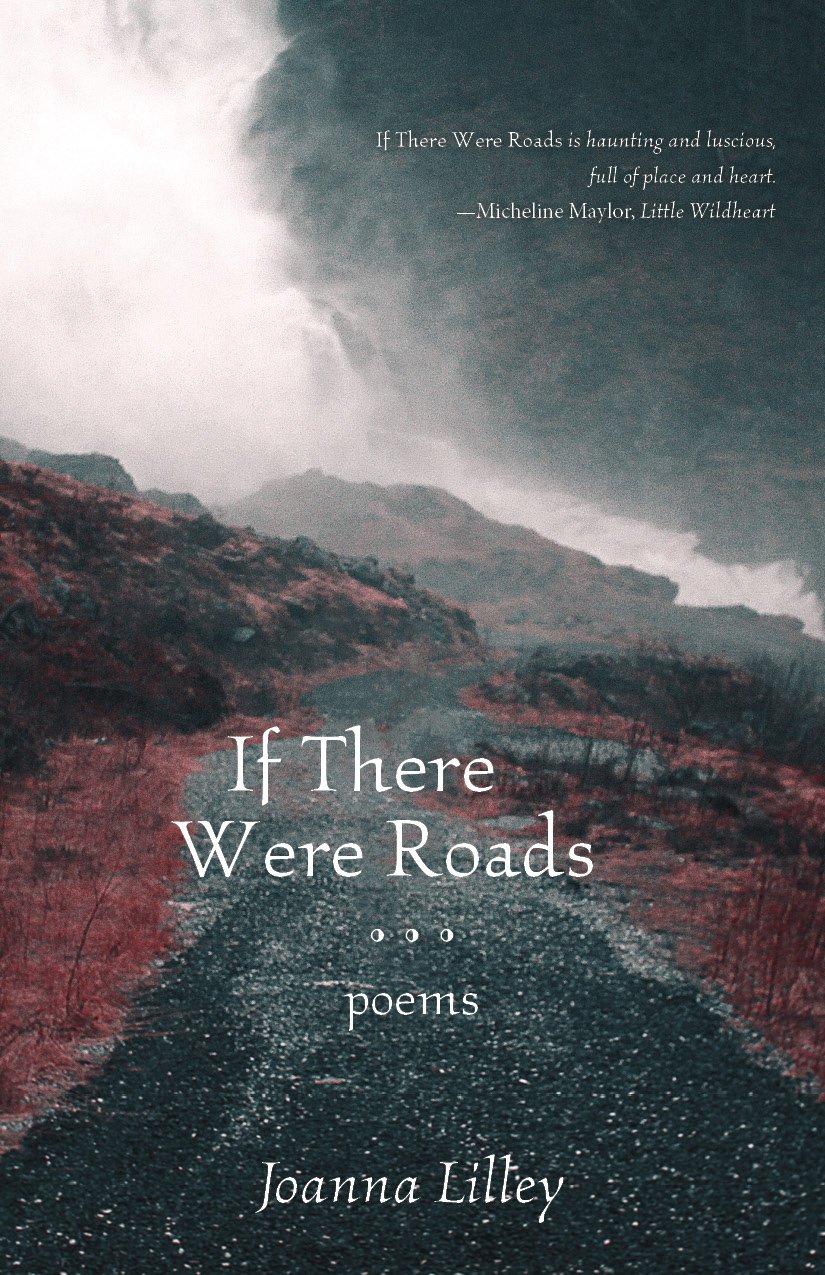 Joanna Lilley is very much a poet of place.  Geography plays a big part in her narrative of If There Were Roads.  The particulars of geography may sometimes confuse the reader because Lilley both writes about where she is — and where she isn't.

The constant is Lilley herself, her keen eyes and wickedly sharp pen.  Lilley makes a strong argument that we are shaped by geography and our place in it.  It is a simple concept but a far more complicated actuality.  Joanna Lilley navigates the territory of the present like an enlightened cartographer whose keen ear remembers and makes way for the past.

My boyfriend had a vision:
my bicycle chucked in a truck;
It would be red, he said.
As if he'd ever been to Canada.

A man I served at the bar asked
if I was going still, now the desert war
was on. I should carry a gun, another said.
As if he'd ever been to Canada.

It was twenty years ago today, the day
I started. A long bicycle ride,
drawing corners on a ragged country,
I stretched six thousand miles

to fit in enough aloneness
after all the cram of England.
Len the long-haul trucker saw me twice
on his trans-Canada run.

The third time, he came out of a cafe
as I went in. Fourth run, he bought me supper
at a truck stop. A salad, for a vegetarian,
with jelly and marshmellows.

He'd got out of Keeseekoose, saved
for a semi that cost more than a house
and made it home. He hadn't seen
his daughter for half her six-year life,

didn't know if he still had a wife.
Len said I shouldn't camp. He offered
me his bunk. We slept beside each other
after he got back ache on the front seat

and asked to share. When I left, he gave
me a song on a dirty, cracked cassette.
Anne Murray's Bluebird.
Not my thing but beautiful.

He said he meant it. That was Saskatchewan.
Chester in Nova Scotia had seen me too.
He made me pancakes. Marc in New Brunswick
took me home for apple pie.

He told me he had a girlfriend.
Ray — Ontario — kept giving me food,
said I must eat as I cycled along. I left
the helmet he gave in a campground.

Women didn't feed me.
Alice in Ontario said she was jealous:
all that time to think. Marianne
cried because I was on my own.

In Manitoba, Judy the teacher caught
me camping at the school.
I slept in her white house
down by the sunken Birdtail River,

a riddle of hills that were really the prairie
above. Helen in Alberta called me
a fellow traveller, told me the bird I'd heard
since Quebec was just a wood thrush.

It wasn't supposed to be about the people.
It was the land I wanted: skies, the muskeg,
taiga, the bear who crossed the highway,
the coyote who followed me, the foxes

who watched. In the Yukon, Julie
took me to her cabin on the Dempster.
It took me fifteen years to make it back.
As if I could live anywhere but Canada.

If There Were Roads does concern itself with matters beyond geography.  Lilley dares to venture into the open and endless plain of the emotional landscape.  This is where Joanna Lilley really shines.

If There Were Roads got carried around quite a bit in the last ten days.  It spent several hours at various medical institutions as well as an over-night trip to a hometown funeral.  Whenever Today's book of poetry picked up If There Were Roads we found another of the myriad destinations Lilley serves up on a banquet platter.  It was better than carrying maps.

I wish I could be just a man
passing by a row of shops.

A man as ordinary as a road with potholes,
as a bridge across a river frilled with brown foam,

or the tugboats of a working firth.
A man where urban is normal,

where a park is unremarkable,
where dogs walk without pulling

and pigeons peck at screwed up burger wrappers.
I wish I was a man in a jacket, collar down,

a little fashion in my trouser leg, passing by
a doorway, a yellow skip, a litter bin,

past men and women at the bus stop
who barely notice me.

I wish I didn't care that the sun has set,
that the street lights have come on,

creating shadows,
and I'm still half a mile from home.

When Joanna Lilley talks about such things as gender it is without bile.  A man becomes "as ordinary as a pothole."  Lilley's poetry is lush with thoughtful consideration given to the small moments that make up our existence, the detailed moments that make us human.

Tom the Wolfe made it abundantly clear "that we can't go home again."  Jack of Kerouac told us how to live "on the road," while Joanna Lilley charts a path where place is something inside the individual, to be carried wherever need be.

Can the solace we need and seek be manufactured by the strength of self, Today's book of poetry believes that Lilley does believe just that.  Then the knowing where are inside is the only direction one needs.

Where I Was Born

I am not just from where I was born;
I am from where I've lived.
On Dartmoor's sheep-cropped edges,
beside golden, bouldered tors.
A shingle beach, a chalky sea,
a land to a preceptory.
A valley, a waterfall, a cairn.
And, yes, that first rough field
of shaggy grass in Cambridgeshire
my parents brought me home to.
A brown pond, a thatched roof
over a weak floor, a sheepdog
watching my pram. For I was born
within the sound of horses' hooves,
across the county line in Suffolk
farthest from the Bow Bells
of the litter. My siblings
can have their London births.
My first breath yanked sheets of air
from fens as far as sea, from roofs
with spaces in between.
I have sought those spaces ever since
and found them even in the boughs
of plane trees on a city street.
They stay with me, these spaces.
I've brought them here to the forest edge,
where land might still be sacred.
Though far from field and moor and sea
I am at last where I need to be.

There is a haunting, to come after, feeling to these poems.  A knowing, that once read, you'll want to travel this road again.

ABOUT THE AUTHOR
Joanna Lilley is an award-winning poet living in Whitehorse. Born in the UK, Joanna has always been drawn north, crossing the Arctic Circle twice, before settling in the Yukon. Her work has appeared in numerous literary journals, including The Malahat Review and Grain. If There Were Roads is her second collection of poetry.

BLURBS
Joanna Lilley claims in her poem “Two Ghosts” that “it wasn’t supposed to be about the people,” yet that is exactly what If There Were Roads is about—people and what they do to the bodies of animals; people on journeys accompanied by ghosts, and myth, and crows; people both lost and at home. Lilley’s journey takes us into the cycles of the seasons where certainty exists only in acute observation and reflection. If There Were Roads is haunting and luscious, full of place and heart.
— Micheline Maylor, Little Wildheart

Poems of place and displacement, of leaving home and finding home, move seamlessly through inner and outer landscapes in Lilley’s lively, evocative collection. Arresting and captivating, If There Were Roads is poetry brimming with new ways of seeing.
—Catherine Graham, The Celery Forest