Dani Couture is stringing some perfectly good Tangerine Dream soundtrack to the back of your head, her pointed fingers all skulduggery and tectonic.  Listen Before Transmit is a highly sophisticated series of messages sent from somewhere that seems like the present and between someplace that feels like the future.

It's all dreamlike familiar, deju vu freaky and future skeptical.  Dani Couture's voice is uber-modern.  In fact Listen Before Transmit may be seen as an introduction to a new lexicon, a new emotional matrix.

The bronze statue of a soldier sits astride
a bronze horse imagined exactly 1.5 times

on an empire. If the enemy is imagined
as a dragon, the enemy will be unaware

we know they are our enemy. Or recall they
once were and may be again. The recurring

apogee of goals and timelines. In the park, hostas
proliferate, stab up in spring like strip spikes

that puncture all to arrest one. Like dreaming once
to end all waking. Melatonin jet lag, sleep, and here

you are able to float and horses ride men above
a conflict of dented texts. Small details, contrails,

threaded through to make it almost believable - a lie
from the one in your bed, but from and to yourself.

Recombinant data. At rest, your brain selects
a Zeppelin to tour a city of spires. Math

was never your strong suit. You were told
to bring three adapters. The pleasure of plugging in

everything at once is undeniable. By percentage
the galleries had more heads than bodies.

Saving her, punishing her, or both. You failed to read
the plaque. A second gallery welcomes visitors

with bay window-sized breasts fashioned in three
colours of neon piping, which, in your mind, flash

OPEN, OPEN, OPEN. Artist's intent aside, you enter
the gallery like a fisherman's knot and leave hooked.

This where you felt most at home away from home.
Home where the grackles are the size of ravens,

At the departure gate, you ask a guard if you speak
a different language than your father, are you ensured security

of your own thought outside his borders? Everyone said
this was a long way to go to be somewhere else.

Kathryn, our Jr. Editor, is a big Dani Couture fan and insisted we get YAW (Mansfield Press, 2014),  Sweet (Pedlar Press, 2010), and Good Meat (Pedlar Press 2006) out of the stacks for the morning read.  Milo, our head tech and just recently back from a honeymoon with Kathryn, shot into action like he was shot out of a love gun.  Kathryn handed out Couture's oeuvre and a splendid morning read ensued.  Dani Couture's poems made our staff sound smart, they all liked that.

Listen Before Transmit reads like it could be the unknown love child of Walter Tevis and Saint Sharon Olds.

Report on the Status of Raccoons
on Fern Avenue

The children have elected them, en masse,
as head gardener, tastemaker, first love.
Individually, some are mistaken for escaped
house cats or nothing at all - renter's side
of a one-way mirror. Assembled, they move
as one. a giant fractal considering
the neighbourhood, licking off shingles
for the gap-toothed view of our pills,
passwords and occasional sex. Last frost
is their favourite formula. Their claws
are fashioned from pull tabs, lighter silver,
and lost earrings. The only words they know
are I am sorry, spoken in varying orders,
velaric, almost, and often, swallowed.
Each animal forms a binary system
with one of the feral chickens of Kauai.
They believe they are an island. Some are
able to camouflage as kitchen-made satellites
moving across telephone wires. They collect
open-window data, half-lives of half-heard
conversations. They party trick refuse, ingest,
then leave it on porches, neatly, in curls. Each
individual hair on their coat is an antenna
to an auxiliary. They reclaim old pelts, cold
crowns, from attics, to commune with their dead,
and wonder why we pick our brushes clean.
They believe we invented the rat and car tire.
Understand construction cranes to be a form
of prayer. They take more meaning
from the lay of flagstones than they should.
They're partial to the sound of human crying.
They sleep unmolested in the eaves
we'll never finish paying for.

One of the things, one of the many that Today's book of poetry adores in the poetry of Dani Couture, and Listen Before Transmit is no exception, is the catalogue of poets, musicians, artists, painters, thinkers, that Couture folds into whatever she is cooking.  Everyone from Saint Eileen of Myles and the immortal Pink of Floyd, Kate Hall to Joseph Henri Honore Boex.  The point being that Couture is a searcher, fully engaged in a dynamic dialogue with the world.

Today's book of poetry ran into Dani Couture at a recent poetry festival and introduced himself.  Couture read her socks off, dazzled the audience and then walked off the stage with an "aw shucks, it weren't nothin'" grin.  That's how the pro's do it.

The radio reports there are no
apples this year, so you drive

to the closest orchard and ask
for apples. I would like to buy apples.

When the man at the chained gate
tells you there are none, you say:

I want apples. You tell him
there have always been apples.

Fifty-seven years of apples.
He tells you to drive west

from here. He says if you'd died
in surgery as expected, you would

not be without apples this year.
A perfect record.

Maybe he didn't say those words
exactly, but you knew

shelves of canned halves, the ones
he saved for a year like this.

Today's book of poetry has long admired the poetry of Dani Couture, we wrote about YAW back in 2014 and you can read about that here:

Listen Before Transmit is what happens when an excellent poet gets better.  She has the long sustain, Couture's yawp continues and Today's book of poetry couldn't be happier.  We are all richer to hear it, learn something. 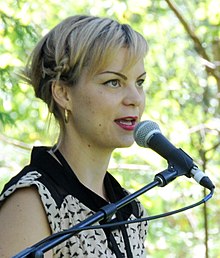 ABOUT THE AUTHOR
Dani Couture is the author of several collections of poetry and the novel Algoma (Invisible Publishing). From 2012 to 2016, she was the Poetry and Fiction Editor at This Magazine. Couture’s work has been nominated for the Trillium Book Award for Poetry, received an honour of distinction from the Writers’ Trust of Canada’s Dayne Ogilvie Prize for Emerging LGBTQ Writers, and won the ReLit Award for Poetry. Her poems have appeared in publications in Canada, the US, and the UK, and several editions of Best Canadian Poetry in English.


"The poems in Listen Before Transmit exist in the slippage between language, experience and memory – deftly moving one way, then another, in a call-and-response to the human condition. A beautiful and accomplished collection."
– Helen Humphreys, author of The Ghost Orchard

"A deft collage of syntactical fragments, the title poem of Listen Before Transmit foregrounds the principles of uncertainty, estrangement and disconnection that underlie the haunting mindscapes of this book. But there is also a countermusic in the book that strengthens the hold these poems gain over the reader, a music enacting the human search – however fraught, even risible – for connection and coherence in an indifferent universe. In 'Minus Time' both movements are manifest: ‘Who were you when you understood the sun / was simply a star? That you, in part / were made / of collapse. You, smallest sun.' Couture's questing figures probe galaxies within and without, in the process enmeshing us in the excitement and risk of both sorts of journey. Spend time with this book. Agile in its management of form, intellectually and emotionally nuanced, it will repay you with riches."
– Mary Dalton, author of Edge: Essays, Reviews, Interviews
"Equal parts generous and curious, Dani Couture's Listen Before Transmit is born from the tender space where history ends and the future begins. These beautifully crafted poems place hunger and joy beneath a microscope, attuning the reader to what is magnified there . . . Listen Before Transmit opens the skies for us, demanding we ask more from the science fictive statics our bodies swim inside. Imagine the stars looking down at us when we look up at them: in this intimate and daring book, they do."
– Jessica Rae Bergamino, author of The Desiring Object or Voyager Two Explains to the
Gathering of Stars How She Came to Glow Among Them