Herbert Woodward Martin is a poet and acclaimed academic, On the Flyleaf is Mr. Martin's ninth book of poems.

On the Flyleaf is made up of poems written in response to poems by others and I thought it might be instructive to take a look at the list of works that offer Martin his springboard.  The following is the list of poems/authors/books that Martin uses in this excellent collection.

The poems in Martin's On The Flyleaf are the poems written in response to these collections, presumably on the flyleafs.

An exercise like this requires that the reader be familiar with a wide body of work that he or she may not have encountered — Martin solves that dilemma with thoroughly illuminated poems that stand on their own merit.

On the Flyleaf of April Galleons

The terror in my heart is like a Russian schoolyard.
Grief is a part of the song the Russian mothers sing.
A black mother, a continent away, says:
Our children are supposed to bury us;
what is it that forces us to lay them in the earth?
I hear the blood as it thunders in my ears;
it drowns the words of powerful men who tell us lies.
We now in our skeletons that they cannot be trusted.
I shall gather up all my black dignity
along with all of my reserve and resolve,
and strut carefully, head erect, eye forward
looking squarely at that bier:
which contains what once was promise,
which was cheered at birth and now we mourn,
which demands we understand our faulty grief.

These poems have a clear, clean, crisp voice.  They do not fuss, but move forward sharply, with great purpose.  You don't have to know John Ashberry's poem to admire Martin's.

On the flyleaf of Atlantis 1

A Yellow Jacket skirts the dangerous rim of a cup of hot tea.
He, no doubt, is aware of his hypnotic reflection, and like
Narcissus before him falls in love with his hopeless image.
He does not recognize his face; he is intrigued beyond
ordinary investigation. The steam of water anticipates a
dizzying and untimely death, a casting off of skin and tea.
It is the image that invites one toward the havoc of a kiss,
and no matter how blissful the embrace, death ends in
paradise. A similar death has occurred with a Humming Bird
feeder, when no hand was able to reach the excess of this
accidental fatality. So the body of one bee floats as if it were
preserved in amber. The yellow and black dazzles in sweetened
formaldehyde, although I am told that pure water will begin the
arduous task of peeling away the body, layer by layer, as if it were
an onion ready to reveal its marvelous inner secret of making tears.

Mark Doty must be tickled pink.  Certainly the Gods of poetry are dancing at every turn of the page.

I would have comfortably picked any poem from the collection for this blog.  On the Flyleaf exudes excellence.  You want to show someone how to write fine poems — make them read this book, regularly.

Hebert Woodward Martin writes with an honesty and certainty that leave me breathless.

This isn't an academic exercise in any way but a call and response to many of the great voices of our time by a poet who frankly is their equal.  It is marvelous dancing, a sparring duet of eloquence and we get to hear the song.  I love these poems

On the Flyleaf of The Subterraneans III

In Birmingham,
in the forties, the old women swept
their front porches, then swept
the yard of unnecessary debris.
They must have felt they had to keep
everything clean, even though they did
not possess the accurate implements
to work with, their cleaning was executed
with the fervor of the religious, and the prayer
and the song of the devout. In this way they kept
the dignity of their neighborhoods stable and radiant.

I would highly recommend this book to anyone, everyone, any day, everyday.  Herbert Woodward Martin is my new favourite poet.

ABOUT THE AUTHOR
Herbert Woodward Martin was Professor of English and Poet-In-Residence at The University of Dayton for more than three decades where he taught Creative Writing and African American Literature. He is the author of eight previous volumes of poetry.  He has devoted an equal number of decades to editing and giving performances of the works of the Dayton poet and novelist Paul Laurence Dunbar.  For is scholarly work Martin has been awarded four Honorary Doctor of Humane Letters.  Martin is noted for his wide range of interests in music and art.  He has closely collaborated with a number of American composers among whom are: Joseph Fennimore, Adolphus Hailstork and Philip Carl Magnuson.  He has written texts and librettos for two operas, one cantata and one Magnificat.  A significant number of his poems have been set to music as well.  He is the recipient of The Ohio Governor's Award.  Most recently Martin has found himself a narrator for a number of symphonic works including a new recording of William Grant Still's Symphony #1 The Afro-American with The Dayton Philharmonic Symphony as well as Aaron Copland's Lincoln Portrait. 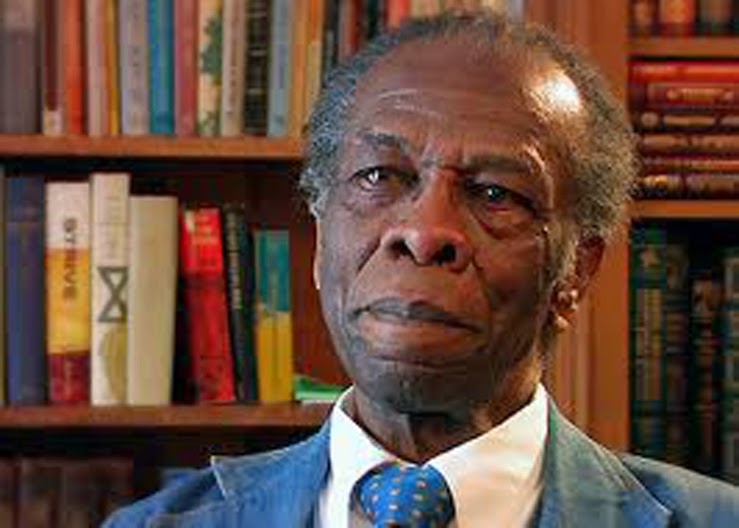 COVER BLURBS
"The ingenious conversational mode of On the Flyleaf yields many variations of style and mood, yet Herb Martin's wit and wonder shine through them all.  Martin is as generous as any poet I know, and this book is exacting, troubling, and exhilarating in its tracings of the human predicaments that force us to "believe in the catastrophe of love."
—Jeff Gundy, author of Spoken Among the Trees

"It isn't easy to write with a gentle voice that's also stiletto sharp, but Herb Martin has done it.  He is a national treasure.  On the Flyleaf is filled with gems, one you'll want to share with loved ones."
—Ralph Keyes, author of The Courage to Write

"The poems gathered in On the Flyleaf reprise the individual books with Herb Martin gathers in his arms at bedtime.  Filling the initial "page left empty," these well-distilled, historical, and personal meditations and their anecdotal responses map Martin's reading, expand his dignified grasp of an often grave world, and quietly reprise the muted echoes and salvage of memory, affirming the poets and writers who nightly compose his dreams."
—Joel Lipman, Emeritus Professor of English, University of Toledo & Lucas County Poet Laureate