Jonathan Bennett's Here is my street, this tree I planted (Misfit/ECW Press, 2004) starts with a quote from the great American painter Edward Hopper:

"I guess I am not very human.  I didn't just want to paint people posturing and grimacing; what I wanted to do was paint sunlight on the side of a house."

A simple enough declaration for both painter and poet - and Bennett followed through.  These very human and plain speaking poems, entirely unadulterated, yet always casting light certain to illuminate.

Civil and Civic, Bennett's second book of poetry, opens with Bennett painting once again.  Plain language where the words don't betray themselves but are clear, concise and with purpose.  These poems are canvases we can admire for the sunlight Bennett casts on the previously mundane.

The events in these poems, are for the most part, not extraordinary but for the patient reader they certainly are rewarding.

It is a beautiful car, it is a concession line.
Late light, amber and broken by the ashes

and cedar groves, streaks the dirt road now
and into the future. Three deer appear just

ahead, still as lawn ornaments, at the edge
of a field of farmed firs. Shots do no ring

out and the buck does not collapse forward
onto its knees, heavy head falling to its rest

on the wet grass, doe and fawn away into
the thick green. Instead, the motor purrs;

they stand their ground as we pass.
Shoot, see those deer? Where? Look.

At the crest of a hill is the house we love
to admire, way out here. The owners rake

at the edges of their lawn. It's a stone farm
house. They do not invite us in, of course.

We slow, their home in our sights. They do
not see us. Not really. The light sinks in

fast and pools of dark collect in the valleys
as we take the turns slower, resorting

to headlights. Silhouettes of barns cut dusk
exactly the shape of themselves and birch

march up hillsides, as if determined to escape
reflection by the river, or be caught by that

roadside painter who would sell the night sky
out her for big bucks back in the city.

Jonathan Bennett's poems always seem to dealing with some undercurrent of light, as though every secret in the universe is vulnerable to a particular strain of illumination.

In Civil and Civic Bennett's candlepower is focused on those small moments that give us all pause, those moments where our thoughts turn into decisions, the choices which determine what road we will be taking seem to become more obvious as the oblivious dark recedes and morning breaks, as Emily Dickinson would exclaim, "excellent and fair."

You talk across periods; I draw on arms
with blue pen, The Clash, et cetera.
With gall you hang posters, know the slogans.
You savour the word disobedience,
chew chocolate first thing in the morning,
as I follow you around, onto the bus,
ignore exposed hip skin winking love, love.
Trapped, wet in a tent, some bitch recites Brecht.
We play Hacky Sack.
They open tear gas.
An act born from a crowd's seething will
I heave the blunt harm of a brick at helmets
and shields, a slow, magnificent arc.
My brick in flight is like a dove, you shriek.
A boy falls and is crushed. We are all filmed.
Two cars are torched in the square after dark.
Over there you haver at a statue's feet,
the bronze general dismounts and runs you through.

"Haver" is a Scottish work that means to talk nonsense.

Bennett's poems are both stuck between the pastoral certainty of the rural country and the less certain and frantic city - and a bridge between the two.  These poems are perched on a see-saw that goes up and down to the refrain of "private", bounce, "public."

These well lit snapshots are political one moment, worldly and personal high water marks the next.

And then there is the painting, and always, the light.

A mile east, the oxen steam, nose-blow clouds
into the grave chill, puff, shake soaked leather.
He heaves a mattock at a stubborn stump.
Through her still-young pout she sucks at damp hair.
After hewing pine, she suggests apples,
which he bites wide-mouthed, wincing with the sour.
Oxen huff. Let it rot, she says plainly.
He over-arms the core at underbrush.

Okay, sometimes Bennett's private prism is a little more articulate than just plain speech - but the resulting paintings/poems are ones that we here at Today's book of poetry admire.

We look forward to next show, a sometimes Illuminati, I bet when Bennett walks into a room he turns on every light. 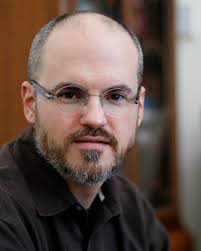 ABOUT THE AUTHOR
Jonathan Bennett is the author of five books including the critically acclaimed novels Entitlementand After Battersea Park, two collections of poetry, and a collection of short stories, Verandah People, which was runner up for the Danuta Gleed Literary Award. He is a winner of the K.M. Hunter Artists' Award in Literature. Born in Vancouver, raised in Sydney, Australia, Jonathan lives in the village of Keene, near Peterborough, Ontario.

BLURB
“As accomplished as Jonathan Bennett is at using language, he’s never fussy or precious about it. With his exacting, contemporary voice, part colourful reporter, part reluctant witness, his lines gain their effect by serving experience in the most necessary way possible, via clear-eyed attention and vivid diction. The result is an immediacy often lacking in other poetry. Civil and Civic’s nimble narratives will crackle in your ear.”
- David O'Meara, author of Noble Gas and  Penny Black