Wanda Praamsma uses short narrative events from her life to encapsulate moments as though they were short sequences from dreams we are familiar with.  There are often two narratives and two voices juxtaposed, but because they ring true, as personal and universal, so "family", they resonate, hard, with the reader.

Praamsma is a citizen of the world and regardless of where she is in her narrative, in the world, the reader feels comfortable under the spell of these poems.

Praamsma uses that "thin line" for balance.  She is emotionally precise like a surprise entrance of a character in one of those dreams.

A Thin Line Between is one long poem broken into sequences, sections, moments, and they are untitled.

michiel     I see saskia in the way you move, the way you stand there with your
hands out to the side (like a penguin, a gracious penguin)

a motorbike races by and a woman's shawl blows turquoise into the wind
a bloated truck rumbles past, overloaded with coconut shells

we say, with this generation
ours
it is all on the surface
you squeeze yourself into these profiles
on linkedin on facebook on twitter

"longing for somewhere else".  Today's book of poetry loved this section.

A Thin Line Between is a photo-album of a family.  An old 16mm. camera clicketty-clacking away at your memory.  Family frolic blinking your memory.

These untitled sequences roll by as familiar as your long-time neighbour, you've never heard them before, but you know them and it is reassuring.

A Thin Line Between also functions as an abiding and loving tribute to the Dutch poet Lambertus Roelof (Bert) Schierbeck (1918-19960),  "Bert" Schierbect was active in the Dutch resistance during WWII, in later years he was very active in the Dutch literary scene.  (Bert Schierbeek was also part of COBRA, an internationalist artistical movement that intended to renew and modernise the postwar visual arts and poetry (with members like Karel Appel, Hugo Claus, Corneille and Lucebert WIKIPEDIA ).

These poems don't rely on location, as in geography, Praamsma goes everywhere, but instead Praamsma's ability to constantly place the reader in the present of each poem renders every country, every settting, home.

the idea of association
bert wasn't interested in historical novels, making this whole complex thing
pasting all the parts on a bulletin board to help your mind sort it out
that was boring
but people read them, people like them, michiel says

bert wanted prose he wanted poetry he wanted interconnectivity
the Oneness of all things, dancing on a page

a door is open
or closed

a door that's open
is a hole toward
space

a door that's closed
part of the wall
marks off space

if it moves
it is a door

so I am
a door

bert looked own at me, those eyes
the kind your mind grabs onto
hold melts marks

me in my pink pagamas
a huge sombrero on my head
you can have it, he said, take it home to canada
in the photo I look past the great brim and my eyes zoom into his
and perhaps that is it

the One moment I had with him

A Thin Line Between is fragment after jigsaw fragment of a giant puzzle.  The fragments flow into one another, but it is all being revealed at pace, remembering the dreaming?  In-situ it all makes sense, it is all necessary.

Wanda Praamsma's book is a non-linear portrait of family and Praamsma's place both in and outside of its bounds.

India, Canada, Croatia, Amsterdam and the inside of your head -- Praamsma is seemingly at home wherever she goes.

in the yellow house
listening to jazz on french radio
(the french play better music and laugh a lot more, says dad)

they are getting along again           S & S
after the argument over glazes
sometimes we have these big flare-ups, mom says
you just want to throw in the towel

I look up from the page, and
in one swift moment
all the umbrellas disappear

closed up, back inside, to hide

Praamsma constantly juxtaposes her world and the whole world for dramatic effect, illuminates our world in the process. 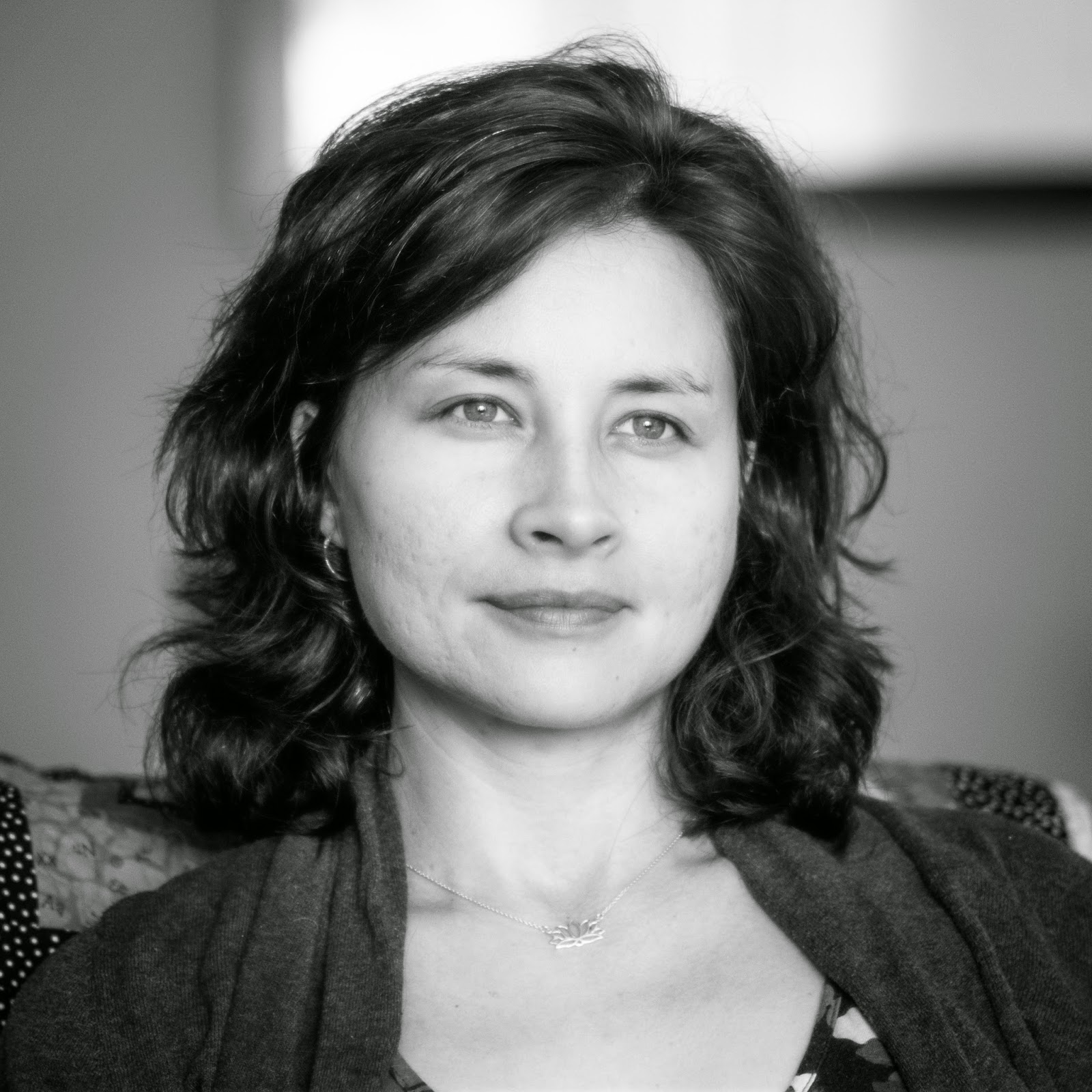 ABOUT THE AUTHOR
Wanda Praamsma grew up in the Ottawa valley in Clayton, Ontario. Her poetry has appeared in Ottawater, 17 seconds, and Feathertale, and several literary non-fiction pieces have appeared in the Toronto Star, where she worked for several years as an editor. She has worked, studied, and lived at various points in Salamanca, Spain, Santiago, Chile, and Amsterdam, The Netherlands, and has travelled to many places in between and beyond, including Cuba, India, and the Balkans. Praamsma currently lives in Kingston, Ontario, and is working on an MFA in Creative Writing through the University of British Columbia. a thin line between is her first book of poetry. Find Praamsma at www.whywandawrites. com, or connect with her on Facebook https://www.facebook.com/wpraamsma.

BLURBS
Few books are so gracefully themselves: a thin line between accomplishes an atmosphere that seems enigmatically familiar, complex and unassuming. It is, in part, an intimate and oblique portrait of a major Dutch poet, but even more so, it’s an exploration of how we should live. The doors in this poem lie between inner and outer worlds, family members, places, life and art – and the speaker’s curiosity and candour leave them wide open.
– Sadiqa de Meijer

Mixing shapes, genre and line break into a multi-layered poem (long poem and dozens of little poems), a thin line between is within and without, it opens like a door, and moves through family, love, “the mysterious he,” language, and all those other lives we have lived. It conveys the beauty of crafting our own selves, edits and all, and asks the questions: “What is this place i come from?” “Where is it i am going?” and most importantly, “How am i going to write about it?”
– Katherena Vermette

Conversational, associative on many levels, Wanda Praamsma’s long poem pulls a reader in to what is both said and unspoken. a thin line between probes the dualities of resemblance and difference, here and there, leaving the door of her heart ajar in its testing of interconnections within this highly creative Dutch family.
– daphne marlatt

a thin line between balances the intimacy of personal narrative and memory with a sweeping meditation on experience and language. By reflecting on the relationship and inherent tensions between “without” and “within,” it locates the hidden pause within even the most fleeting, seemingly ordinary, moments.
– Johanna Skibsrud

A thin line between lives up to [its] promise — it has plenty of fizz.
– Toronto Star

It is [a book] about following lines — of heritage, of thought, of desire — and where those lines might lead.
— The Kingston Whig-Standard

Poems cited here are assumed to be under copyright by the poet and/or publisher.  They are shown here for publicity and review purposes.  For any other kind of re-use of these poems, please contact the listed publishers for permission.
Posted by Today's book of poetry at 10:24 AM