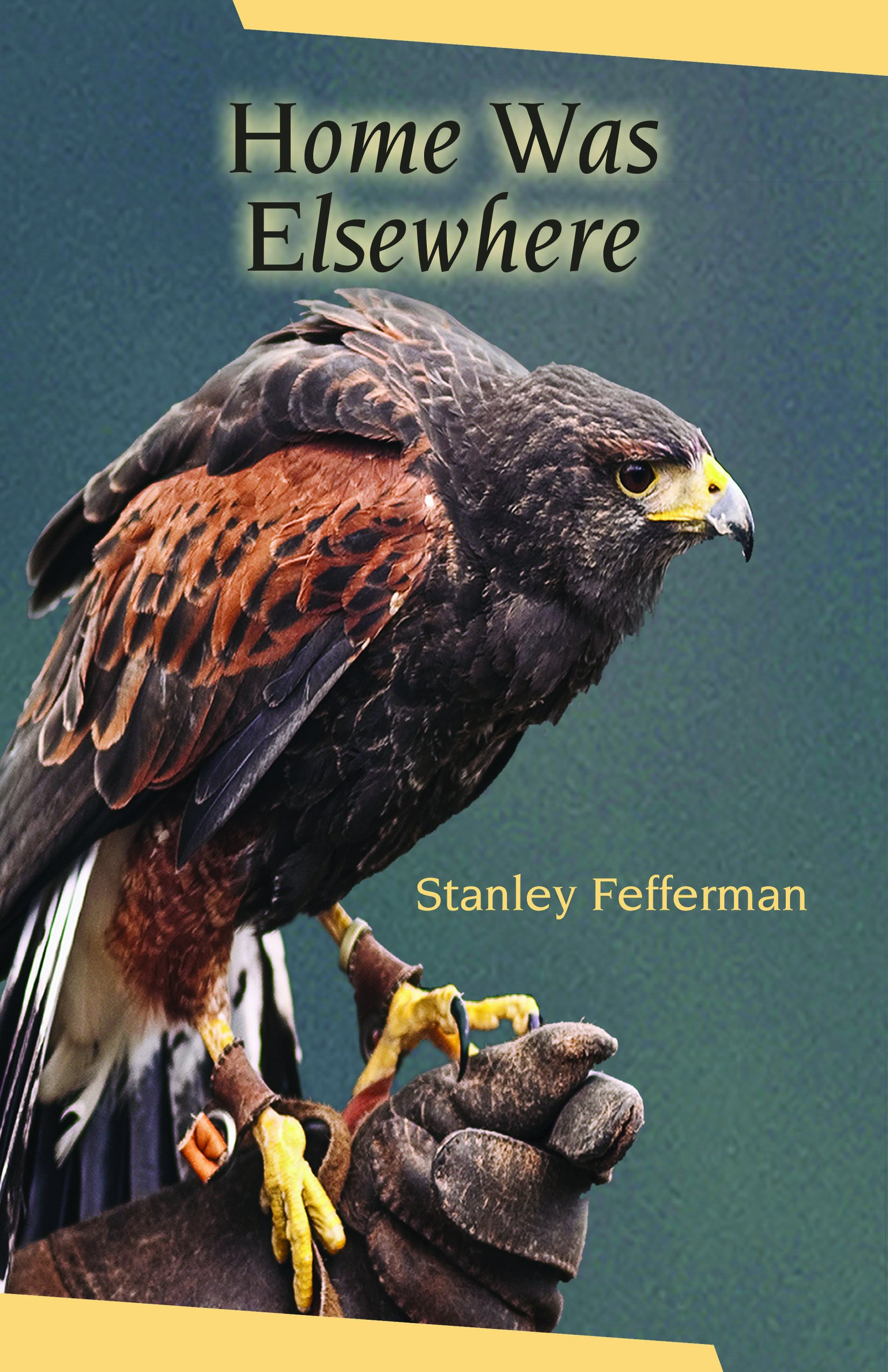 Stanley Fefferman hit Today's book of poetry over the head with a poetry sledgehammer with his poem "Black Spruce" from Home Was Elsewhere.  There we were ambling along, poetry happy, inside of Fefferman's poem, liking this one, jotting the title of another down and then...

Don't get us wrong, we live for those poetry moments when we are rocked, given the opportunity we would embrace the author, demand good drink in their name, and so on...

It is some sweet footwork going in inside Fefferman's poems.

When I think of your goodness
I burn and become restless
Meanwhile, what do do?

When we are together
there is such a flowing
Then, what to do?

Fefferman has us tangled up in Henry Miller carnal glee activity one minute and meditating the next and maybe that is the true Dharma.  I will have to ask my buddy Bear, the original Canadian Buddha Bear.

Home Was Elsewhere rolls along in sort of content but still searching vibe as though Fefferman were navigating the reader into a specific channel.  And he is.  There is as much celebration in Home Was Elsewhere as their are questions.

Everything Closed in Acrylic

official version of glittering moment -
but a sudden shock, snapped elevator cable
and us inside falling alive

"enormous blue jay thighs" Whoosh.  I wish I'd written that.  Fefferman has the touch, a particular deft hand that elevates these meditations into poetry.  A knowing that experience plus wisdom and the open eye is enough to fill our palette and every page.

Today's book of poetry got a bit of the big brother feeling from Home Was Elsewhere.  Not Russia - Big Brother, but the older, wiser sibling big brother who genuinely has both your interests and your future at heart.  Fefferman is sharing the way of things, how they work or don't.

Our morning read was held indoors with the furnace blasting.  -18 C here in the nation's capital this morning and when the crew started ice-cubing through the front door the coat rack started to resemble the Michelin Man, then Humpty Dumpty, and finally a pyramid of extra coats, sweaters, scarves and hats.  The pyramid was short lived.  It all collapsed to the floor with a quiet and very well padded splat.  Now there is a three foot tall mound of winter apparel in the corner of the office.

Milo, our head tech, has already determined that the pile makes for an excellent couch, and it is warm too.  That's where he sat for the morning read.

Growing a Mustache on Your Fingernail

walking alone on a sunlit morning in spring
or walking with your lover, hand in hand, on a
cold afternoon, talking about her husband's career
or coming home to a surprise, a clean sink or
someone in bed with your wife.

sparkling champagne in crystal
raised to toast to the moment when
who becomes someone, becomes so what,
and the, the Imperial Dinner:
silver footmen behind each chair

or mother's cooking, served in the kitchen -
noodle soup, bread, meat, and cold tinned peaches,
daughter takes her first steps in the living room,
grandfather, nearly senile, recalls the days of his strength,
while outside, a thunderstorm rages.

we all take off our clothes
and dance on the darkening green
between huge raindrops
pretending to dodge lightning bolts,
but really afraid

Fefferman explains his modus operandi in part with pieces like "Birdbrain" where he outlines the rigours of a solitary life of contemplation.  The reader is left to balance the yin/yang of Fefferman's Home Was Elsewhere.  For Today's book of poetry it was all happy exploration.

Fefferman, whether talking about love and/or carnal passion  -  or contemplating his space in the world, he is doing it with fine poems.

ABOUT THE AUTHOR
Stanley Fefferman is an eclectic poet mentored by Louis Dudek in Montreal, Barry Callaghan in Toronto, and Allen Ginsberg in Boulder. He trained in meditation under Chogyam Trungpa, studied photography with Michael Wood and Jack Dale, completed graduate studies in homeopathy with Jeremy Sherr, and certified as a Regression Therapist with Roger Woolger. These trainings inform his poetry. Forty of his broadcasts aired on CBC National Radio. Hundreds of his essays on music, his performance photographs, and two academic textbooks were published in electronic media. Fefferman taught writing at Naropa University’s Kerouac School of Disembodied Poetics, and founded the Atkinson Creative Writing Program at York University where he is Professor Emeritus. Home Was Elsewhere is his first collection of poetry.

BLURBS
Fefferman’s first collection registers, sometimes in the same poem, the tension between the call of an inner world of experience (the complexities of love, the layers of memory) and the equally insistent call from the world outside (landscape, birdsong, weather). What is it? the poet asks in one poem. What’s it like? he asks in another. And to answer these questions he repeatedly zeroes in on le mot juste or the perfect image as he does, for instance, in “Caroline’s Laughter” both jackhammer yammer and kamikaze bumblebee.
– Ricardo Sternberg

When I first heard Stanley Fefferman read his poems I was struck by their musicality, humour and wisdom. … His poems are meditations on moments in which he dissolves the boundaries between the self and nature, challenging us to reconfigure our perception of reality with playful words and phrases and lines that surprise us with their shifting tones of voice. It is a poetry filled with insight and gratitude.
– Laurence Hutchman

So many words were perfectly surprising, so many lines lifted off the page. Many poems had the pleasing shape of a circle, or a spiral, or a leaf either drifting from branch to ground, or rising into the sun.
– Randy Roark