Mircea Cărtărescu says everything Today's book of poetry could possibly want to say about Nora Igua's absolutely fascinating The Hunchback's Bus in her blurb on the back of the book:

"Each poem is a puzzling statue on an empty square..."

Today's book of poetry couldn't even begin to tell you what exactly is taking place in the majestic dance Iuga is orchestrating but Today's book of poetry was totally transfixed by the music.  We have yet to ascertain Nora Iuga's sam-logic, codes of conduct, rules of engagement and where exactly her tactical map is leading us -- but we know what we like.  This is one of those cases where we simply like the way Iuga talks.  We can't wait to see what she makes sam do next.  More about sam soon.

and minodora sang ballads for me

Today's book of poetry had to go outside of our office to get some information on Nora Iuga.  Nora Iuga's real name is Eleonorei Almosnino and she has been a very busy woman.  Iuga/Almosnino has published over thirty books of poetry and prose in her native Romania.  We don't see a great deal of Romanian poetry here at Today's book of poetry.  And as luck would have it our transator, Otis, is currently checking out the weather in Palermo.

Of all those books Nora Iuga has published The Hunchback's Bus is the first to make it to English and we are thrilled with our new discovery.

In The Hunchback's Bus Iuga has her "danish prince" in a hunchback named sam.  Iuga drags sam through indignation and small victories alike, all with a wounded smirk.  Iuga's everyman is a little deformed bon vivant.  sam is aware of his difficulties and oblivious at the same time, living in the glory of his curious charms.

sam and the archduke's apparition

i'm on the bus
counting my money
the man next to me
pretends he's sleeping
i've a vague presentiment
many are
aroused by heat
they don't have muzzles
and suddenly the archduke's
black car turns left
sarajevo is a city with 292,300 inhabitants
grandfather used to tell us
he went into the mosque and prayed
he didn't have the crescent moon
the driver brakes abruptly
a passenger pigeon flies through the window
it likely escaped the exterminators

Or at least that's the impression Today's book of poetry came away with.  Our readers found the short poems to be daring sprints over a challenging and changing terrain.  Nora Iuga seems happiest when adding the twist of lemon that always polishs things off just so.

minodora is a green fly

god, what kind of pact do we have
that you throw me the helicopter's rescue ladder
precisely when i'm on the brink of niagara falls
what a light sleeper you must be
to hear me weep
in the penal colony
hold this hunchback's bus on the palm of your hand
walk with through the gardens of spikenard and jasmine
tell me stories praise me
for instance "how handsome you are, sam
my dear, and nary a fault
have i ever found in you"
make me feel the sway of soft water
music springing from your fingers
and then remember
how i sat with istovitu
between two willow trees
and minodora was a small green fly
who went in turn from one pair of pants to the other
and buzzed around the little stick
like a propeller to carry one up to heaven

Today's book of poetry looks forward to the many new translations of Nora Iuga's many other poetry titles.  Sometimes, and today is one of those days, one of those times, when you find a new voice in a book of poems and it gets right under you immediate skin like a rash, like a new blister or a sore tooth.  And you just can't leave it alone.

Nora Iuga's The Hunchback's Bus got right under my poetry skin and has been there since.

ABOUT THE TRANSLATORS
Adam J. Sorkin received his A.B. with Distinction in All Subjects from Cornell University, where he also received an M.A., both in English; his Ph.D. in English and American Literature was granted by the University of North Carolina, Chapel Hill. He began as an American literature specialist and still teaches American literature and culture. However, over the last three decades, after a sojourn as Fulbright lecturer in Bucharest, his first of two Fulbright awards, he has focused on the translation of contemporary Romanian poetry.

Since early 1990s, Professor Sorkin has published more than fifty books of translation (co-translated with native Romanian speakers, often with the authors themselves), which have been aided by Rockefeller Foundation, Witter Bynner Foundation, Romanian Cultural Institute, NEA and three IREX fellowships, as well as by many Penn State University grants. In 2012, he received the Penn State Brandywine Faculty Research Program Award for his career achievement. His work has garnered publication support from the Academy of American Poets, Arts Council of England, New York State Arts Council and Soros Foundation. Two of his books have been shortlisted for the Oxford-Weidenfeld Translation Prize, and eight of his translations were nominated for the Pushcart Prize. Additionally, he has won both the Kenneth Rexroth Memorial Translation Prize and the Prize for European Poetry Translation of The Poetry Society, London, a Silver Award (second prize) for the ForeWord Reviews Book of the Year in poetry, the Ioan Flora and Poesis Poetry Festival translation prizes, along with additional awards in Romania and Moldova. Sorkin also won NEH and School of Criticism and Theory support for his academic writing. His essays have been published in American Literature, Modern Fiction Studies, and Contemporary Literature, as well as, accompanying his translations, in Metamorphoses, Two Lines, The Literary Review, American Book Review, Talisman, The Cincinnati Review and Modern Poetry in Translation, among other notable publications. 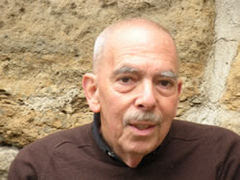 Diana Monole is a scholar, writer, and theatre director. She earned a PhD from the University of Toronto's Graduate Centre for Study of Drama, a Masters in Broadcast Journalism from Carleton University, an Hons. B.A. in Theatre Directing from the University of Theatre and Film, Bucharest; and an Hons. B.A. in Russian and Romanian from the University of Bucharest. She has published academic articles in Theatre Research in Canada (forthcoming, 34.2, Fall 2013), Studies in Ethnicity and Nationalism (forthcoming), The Journal of Religion and Theatre (2006) and the collections of essays Re-writing Chekhov: The Text and Its Mutations (Routledge 2012), Performance, Exile and ‘America’ (Palgrave Macmillan, 2009), Overseas Encounters(Baia Mare North University Press, forthcoming), and International Women Stage Directors (University of Illinois Press, forthcoming). She is currently co-editing a collection of articles, Performing Freedom: Alternative Theatre in Eastern Europe after the Fall of Communism, with Dr. Vessela Warner.