"What if memory and longing were one,"
- Lynne Knight

Lynne Knight is poet brave in some rather spectacular ways in The Persistence of Longing.  Today's book of poetry doesn't like using the word brave to describe poems but Knight is a Jedi-laser-ray-gun poet who cuts through to the emotional truth with eviscerating effect.

It's so easy to read these robust narrative gems that you might overlook the fact that these poems are rock solid.  Knight is building solid ships and then she sends them out onto dangerous seas.

I used to wait at the window for lake-effect snow.
First wind, then a thin smattering of flakes

swirling suddenly white while the village
disappeared and my house with it,

the husband drunk and asleep on the couch
or not yet home, missing as he was in dreams

where I killed him without knowing who it was,
waking to panic that I'd done a thing so horrible,

some night wondering if I really had killed,
the dream so real, as the vanishing house

seemed real while I stared into the silent rush
of snow, never thinking I'd be gone, too, then,

until the night the car smashed the maple tree
at the edge of the lawn, metal crumpling, a horn

unstoppable, then through the snow human cries
so pitiful I grabbed my coat and ran

to my husband, banged up a little, bloodied,
but all right, so I led him inside, I made coffee,

I tended his wounds, wondering If I would
ever awake, if I would ever stop feeling this

snow pour from my hands, my mouth,
covering him, the table, the rising floor.

Today's book of poetry was reading Knight's poem "Vessel" which ends with this great line,

"the boat drifting, the birds continuing their indifferent song."

and I couldn't help but think of Auden and his beautiful "Musee des beaux Arts" and how it conveys such wonder, dread, despair and the on-going dilemma that despite our individual dramas and heartbreaks we remain mere specks of things.

The Persistence of Longing is a catalogue of love and the transgressions that ensue in its name. Knight offers both a tender embrace and a healthy dose of fiery scorn.  Knight isn't playing around, she's ready for love or she's ready to kick the crap out of love, whatever needs must.

Wild turkeys swarm the neighbor's bank,
pecking at all the new ivy shoots, Bark!
I tell the dog, who stands statue-mute
staring through the fence. Bark! Even my voice
fails to alarm them. Stupid birds, sauntering
down the road like people, waiting until a car
is almost upon them before straying from danger.
They've probably eaten all the impatiens
by the front gate and mangled the azaleas.
Anything bright, they're on it. The neighbor
left his rhododendrons to die because they take
so much water, and we're in a serious drought,
but one rhodie managed a sole blossom.
I dare one of the turkeys to fly up to it.
They peck and saunter, saunter and peck.
The dog loses interest. I check the time.
Eight minutes, and I haven't thought of you.

Today's book of poetry has nothing but admiration for these poems because we can see that Knight is fully committed.  If love requires flames then Knight is all about adding gasoline to the blaze.  She'll fight for love or burn down the house around it to bury it if necessary.  These are survivor poems, hand-and-heart-held-to-the-flame-of-love survivor poems.

Knight's poems are both elegant and sad but she is always right on the beat.  You can feel the heart of these poems as they navigate the dark streets of love.

The Unintended Lecture on Desire

Hard labor was good for you, he said,
and by now sweat splotched his shirt,
his face had runnels of sweat, like the four
of us, two couples ripped rotted shingles
from the house, mid-July, humid, windless,

already my arms ached and the sweat stung
my eyes, but it would be good for me, I knew,
not just in the way he said but because I wanted
to rid my body of desire for him, forbidden
desire, since he was my best friend's husband,

so I slid my hammer to get purchase and pulled
until a shingle loosened, again, again, he said
maybe we should stop for a beer but I wanted
to keep going, I wiped my eyes with the bandana
my own husband handed me, and my best friend

said she didn't want a beer, she wanted a long
hot soak, so I saw the two of them making love
in the hot tub, and I wished we were shingling
the house instead of unshingling it, so I could
hammer, hammer, hammer desire away,

and then he said he'd been reading a book
about perspective, it got a little too technical
in parts but was worth the slog because of
the reminder that no one could see what someone
else saw, think about it, ever this, he said,

even the four of us out here in this bloody heat
ripping shingles I should've ripped five years ago,
not one of us can see what the others see.
I'm here, you're there, he said, and that's all
there is to it: we're alone, we're in this alone.

Our morning read has become my favourite part of the day.  Kathryn, our Jr. Editor, led the charge this morning.  Lynne Knight's The Persistence of Longing filled up our office, her emotionally charged yet available voice rang out with piercing poignancy, love-jagged dreams and tales of resiliency, even hope.

Lynne Knight has visited the pages of Today's book of poetry before.  Back in September of 2015 we posted a blog about Ito Naga's I Know (Je Sais) that was translated by Knight.  You can check that out here: 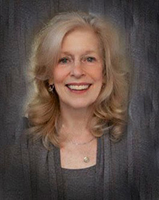 ABOUT THE AUTHOR
Lynne Knight, a former fellow in poetry at Syracuse University, taught high school English in Upstate New York, then moved to California where she taught part-time at San Francisco Bay Area community colleges and began writing poetry again. She now devotes herself full-time to writing. She is the author of four full-length poetry collections, three of them prize winners, and four chapbooks, three of them also prize winners. Her work has appeared in a number of journals, including Kenyon Review, Poetry, and The Southern Review. Her other awards and honors include publication in Best American Poetry, the Prix de l’Alliance Française 2006, a PSA Lucille Medwick Memorial Award, the 2009 Rattle Poetry Prize, and an NEA grant. Please visit her website.

BLURB
​I love these poems, love how they sweep me along, sweep me up into the arms of the kind of longing that seems unsayable, untranslatable, impossible to describe in any language, with any words—the words turning back into breath, as this poet says, as she creates the sense of that longing, itself, in words, in these sometimes-breathless lines, sometimes against the restraint of form, the sweet ache of rhyme, creating that sense of urgency that’s so like desire, itself, and the sense of danger that infuses even the deepest pleasure, especially the deepest pleasure. I’ve never read poems that seem to me more accurate about love and desire and sexual relationships and their almost-inevitable shattering—darkly gorgeous and expertly-crafted poems, with a white-hot lyric intensity and a narrative pull that becomes cumulative, an erotic veering toward doom. And yet, the persistence of longing is the life force, too, refusing to exhaust itself: How could anything in the universe be undying / when everything rushed forward, trailing light?