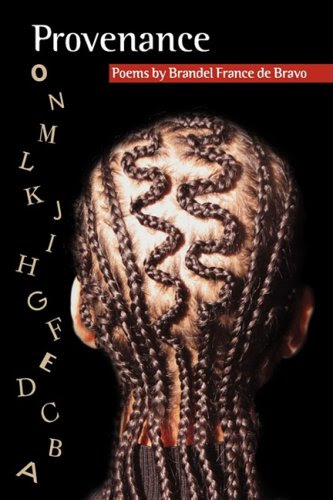 Today's book of poetry has taken our entire staff to a remote lake near Georgian Bay.  You can only get to this retreat by boat -- and you can't leave unless you are a Marilyn Bell type swimmer or you can wrest the boat keys from my cold dead hand.

We started the morning with French toast and bacon and then it was into the canoes.

Now the crew is muscle-sore and quiet.  It's how I like them best.  They are scattered over the furniture like exhausted rugs.  We are listening to Jan Garabeck blow the bejuses out of his saxophone while Ustad Fateh Ali Kahn's voice contemplates the universe one note at a time.

A sarcastic Egyptian always speaks
of apricot season, which comes and vanishes
faster than dreams over morning coffee.
Oh sure, he'll take care of it -- in apricot season
which falls between manana and the cows coming home,
a time so fleeting, ephemeral,
it might as well be never
or what we cannot recover:
the buoyant forever when we held our noses
underwater where no one could see
and touched tongues for the first time;
the certainty that certain transgressions
meant no turning back.
It isn't innocence we miss
but the thrilling moment that we let go,
a stem splitting from the branch, fruit in free-fall.

Cecilia was the first among us to ripen,
breasts at eight, and shortly after
rendezvous with boys in the bushes.
No one called her "slut."
She floated above us
like Mary in a procession,
her wooden robes fluttering in the wind.
We supplicants longed for a guilty glimpse
of her panties, her early bloomers,
named for Amelia Jenks Bloomer,
who like Cecilia was ahead of her time.
While others fought for suffrage,
an end to slavery,
she dreamed of simpler underwear,
a garment so free, it might as well be nothing,
loose as an apricot,
that precocious apple,

Lolita of a peach.

France de Bravo provides an Abridged Etymologies and Related Words along with her Notes at the end of Provenance and this is helpful information but it is also a little like finding a sugary surprise as a treat.  Long before the time you reach the end of this book you realize Brandel France de Bravo is as nimble as Charlie Parker playing "Ko-ko", which conveniently enough is now blaring around the room.

I take my staff on holiday but they have to listen to MY music.  It drives poor Milo bonkers, his latest favourite band use hammers and spent ammunition.  I just played Yusef Lateef's "Don't Blame Me" and Milo wasn't amused at all.

France de Bravo would get the joke and make a good poem out of it.

Linguistic equivalent of latex gloves, the delicately intransitive
fornicate sounds sterile, scientific next to its censored Anglo-Saxon cousin,
which Shakespeare avoided but evoked with firk  -- to strike.

The Christian who's saved knows there's nothing highfalutin, exalted
about fornication, sensing perhaps its lowly origins in the vaulted
underground where Rome's dregs dwelled and trolled for sex.
Rather he hears in fornicate satanic seduction:
the way of the bifurcated tail, the hump of illicit union.

I believe in redemption, too, and in resurrection of the word

locked in its Latinate basement, outshined by its sensational
relation -- all penetration, fight and fist. I welcome
fornication -- crusty and soft as bread from a brick oven,
round as te amo and the whores of Pompeii. I listen for it
like a copulatory cry from the hotel room next to mine:
one column rising up
to meet another,
to make an arch.

These poems are each a small fable, a needed lesson, a deeper understanding of a corner that needed some light.  France de Bravo dances us outside of our usual perceptions, brings us to new ground, leads us by the hand.

Two of our interns have fallen asleep, we're now listening to Stanley Turrentine With The 3 Sounds playing "Since I Fell For You."  The interns have both fallen into that saxophone slumber that comes after canoeing across a big lake and back again and then having a big soft leather couch under you. And that's okay, they both told us what they thought of Provenance before drifting off.  Full consensus, even Milo nodded yes.

That Norway night when day
held on -- a handshake
turned kiss --
I watched you sleep
because I couldn't.
How different we are.
In your country, the joke goes,
people say good-bye without leaving;
in mine they leave without good-byes.

In the half-empty, half-full
light, where darkness
and morning exchange vows,
I heard
the glass is love.

Today's book of poetry had a great deal of fun in Brandel France de Bravo world.  You will too. These poems are optimistic prayers full of hope and reason.  This is France de Bravo's first book of poetry, more recently she has published a second collection Mother, Loose.

ABOUT THE AUTHOR
Brandel France de Bravo’s second collection of poems Mother, Loose won the Accents Publishing chapbook prize in 2014 and was published in 2015. Her first book, Provenance, won the Washington Writers’ Publishing House prize in 2008 and was a finalist for the ForeWord Book of the Year Awards that same year. Her poetry has appeared in Alaska Quarterly Review, Black Warrior Review, theCimarron Review, The Cincinnati Review, The Fairy Tale Review, Fugue, Gulf Coast, The Kenyon Review, and Poet Lore, as well as in various anthologies, including The Beacon Best of 1999, Creative Writing by Men and Women of All Colors. In 2009, the Washington, D.C. Commission on the Arts and Humanities awarded Brandel the Larry Neal Writers’ prize in poetry. She has also received an artist fellowship in poetry from the D.C. Commission on the Arts, and has been nominated for a Pushcart Prize three times. As a member of Washington Writers’ Publishing House, she has acted as senior poetry editor and organizer of the fundraising event, the Writers Ball. To read recently published poems, click here.

BLURBS
Sharp-eyed, sharp-tongued, sharply etched and sharply worded,Provenance is a book of alphabets and fables, of narrative precision and verbal passion. Across a host of exotic locales, and through the labyrinth of etymology, Brandel France de Bravo is a poet of restless travel and linguistic inquiry—what luck for the reader who accompanies her on the voyage!
-  Campbell McGrath

In Provenance, Brandel France de Bravo writes with urgency of continuous displacement, an exile status rendering her exquisitely sensitive to the textures of daily life. She is forever a stranger among those who do not ask “where I’m from, but where I’ve just come from, / which country I left last.” At home in many cultures, at home in none, this gifted poet transforms a search for identity into a voyage through language, and finds her true roots in the alphabet letters that generate experience. This is a remarkable first book, and an important one in our time.
-  Grace Schulman