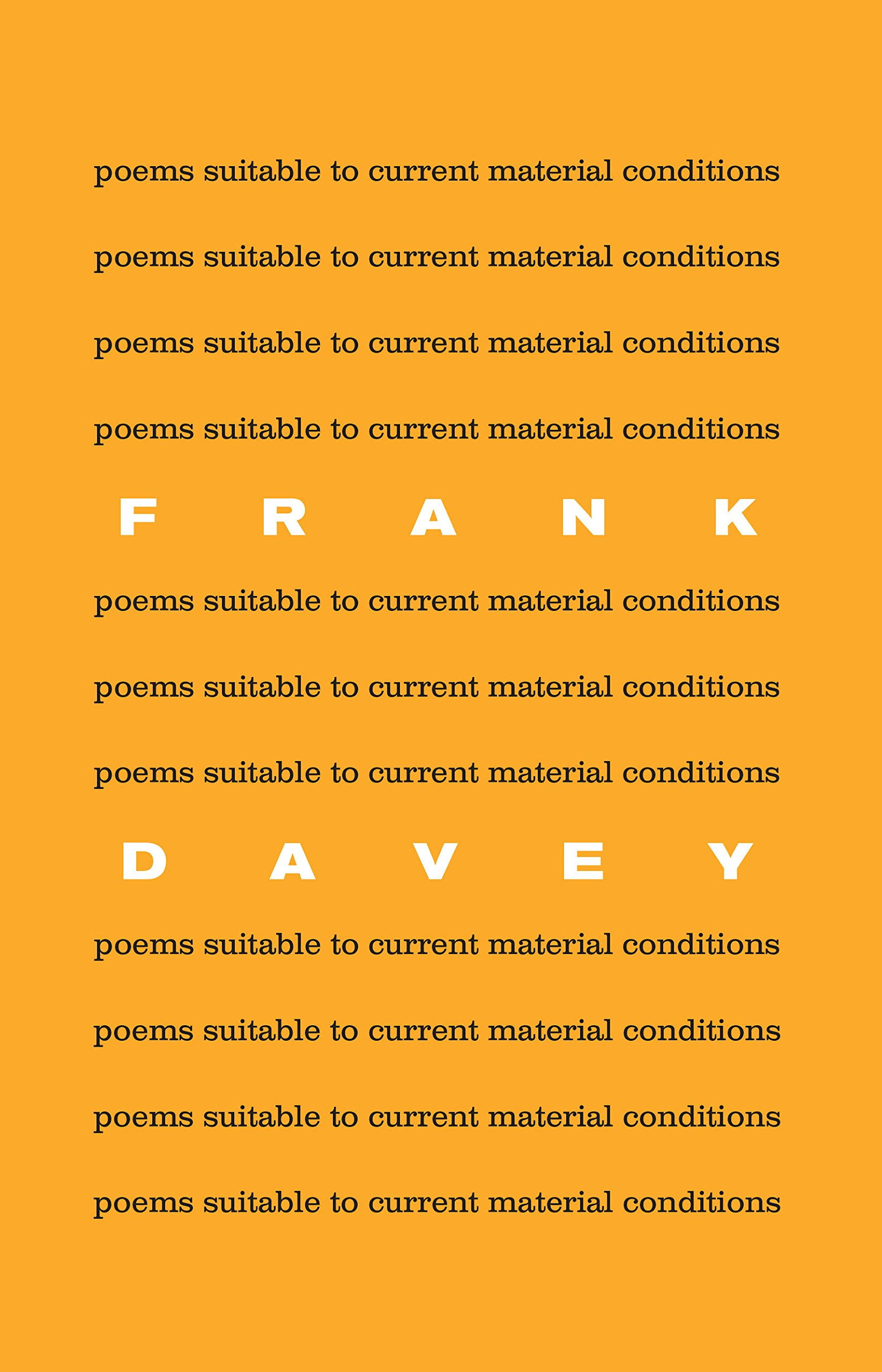 Is there someone more well versed in the ebb and flow of Canadian poetry of the last sixty years?  I doubt it.

I'm just sayin that this may be true, or not.  But I'm pretty sure Frank Davey slept in our guest room. I call it the Stuart Ross guest room because the poet Stuart Ross stays in it more often than anyone else.

Bill Bissett stayed there once when he was in town for Riley Tench's funeral.  The Chicago poet Richard Huttel stayed in our guest room once as well, although he may have slept on the coach.

There have been others, but I think Frank slept there, hard to be sure.

He'd come to our home after doing a reading at the fine Ottawa second-hand bookstore Black Squirrel Books.  The reading was part of a Mansfield Press tour to promote Poems Suitable To Current Material Conditions - along with the a few other Mansfield writers and books.

I'd never seen or heard Frank Davey read and it was a genuine thrill.  I have been an admirer of is work for forty years.

When we arrived at my home I made him tea and then made him sign books.  Later on, he descended the stairs to our guest room, where I imagine he slept.  The bed looked slept in.

I love having poets as quests.  Having Canadian legends/poet heroes stay is a whole different ball of string.  Frank Davey may have slept.  But I stirred.  Amazed and a little jealous.  I thought of my young poet-aspiring self trying to imagine having a Davey in my home.  As unbelievable to my young self as a shot at the moon.

Just so you know, he did have amazing stories about so many other poets.  Sir Earle of Birney, Lord Layton, you know the list.  I think I bored him to bed with my endless questions and enquiries.

In the morning I made him toast and more tea.

It's a poem that will become progressively illegible
unless printed with toxin-free ink on recycled paper, a poem
that translates itself into Sanskrit when carried onto Wall Street,
a poem whose implied reader has a carbon footprint
lower than 10 kg. -- others
may find it increasingly difficult to see
unless they are offering their excesses.
It's a poem that doesn't want to be roundup ready.
It's a poem that overflows with meaning
when read in a rainforest of at least
5 million square kilometers, or underwater
beside a pristine coral reef, or in orbit
around a blue planet still uncluttered with space junk.

Who wouldn't love this stuff to death?!

Eleven Reasons Why A Straight Guy Might
Have Loved A Lesbian

1.  He wasn't quite straight, he liked her father.

2.  She was mostly a political lesbian.

3. This site, she said later, was under construction.

4.  He was one of the jerks who helped turn her.

6.  He believed in social hybridity.

11.  He felt surges of lesbian desire.

Today's book of poetry continues to like list poems.  Frank Davey is full of mischief and a great many other things.  These playful poems pull at paradox, kick the crap out of previous reason. 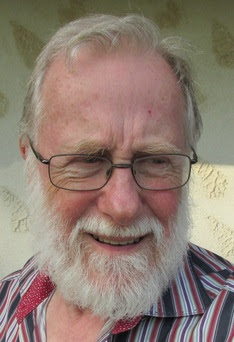 ABOUT THE AUTHOR
Frank Davey has been pushing at expanding what poetry can do since helping launch Vancouver's Tish poetry newsletter in 1961 and publishing D-Day and After - perceptively described by James Reaney as appearing to have been written by his typewriter - in 1962. Along the way he has published more than thirty poetry books. His most recent publications are aka bpNichol, a biography of poet bpNichol, and the artist's book Spectres of London Ont. His books have included the ironically postcolonial The Abbotsford Guide to India (1986), winner of the 1987 Canadian Publishers Association Writers Choice Award, Postcard Translations (1988), described by Lynette Hunter as offering readers Òradically new ways not only of relating to national culture but of contributing to it and shaping it,' and Bardy Google (2010), a flarf book that reviewer Vanessa Lent observes deconstructs meaning in a way that has no connection to traditional human means of reasoning and storytelling.  Frank lives in London, Ontario.

“Frank Davey is a self-confessed semiotician; if discourse studies hadn’t been invented, he’d have done it anyway. It’s a class weapon.”
—Lynette Hunter, Disunified Aesthetics
“[In Bardy Google], Davey … constructs meaning in a way that has no connection to traditional human means of reasoning and storytelling and yet is wholly comprehensible to his reader.”
—Vanessa Lent, The Bull Calf
“Cultural Mischief is a doggedly raucous, downright waggish guide to off-leash culture.… Hurrah for mischief.”
—Aretha van Herk
“A poetry shaped by the poet’s deep sense of how poetry must naturally emerge from the roots of place, time, and personal knowledge, commitment and feeling.”
—Douglas Barbour